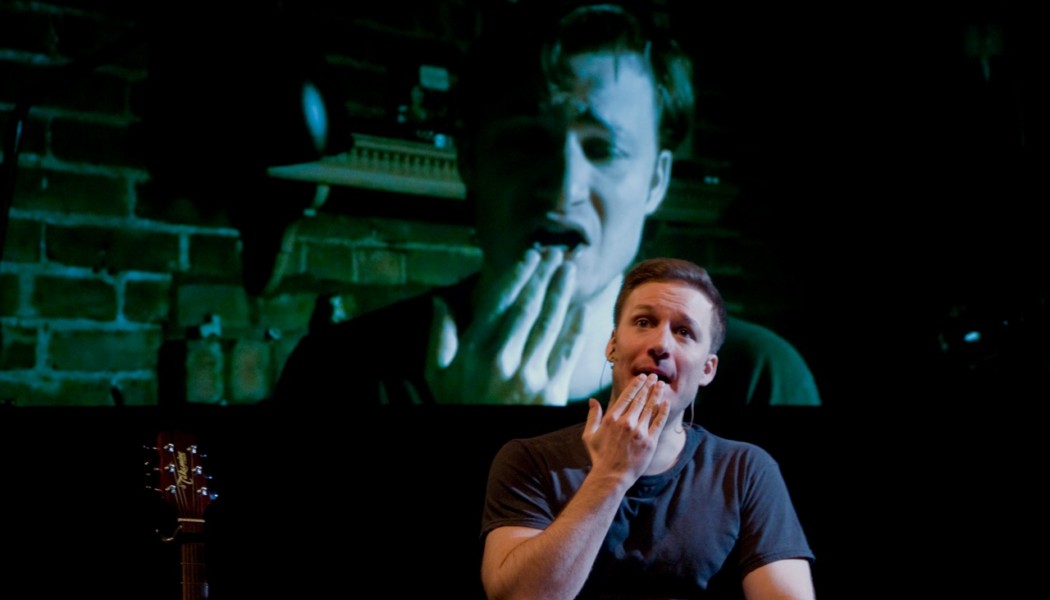 Zachary Oberzan Your brother. Remember? An elaborate experiment with the concept of Before-and-After photographs, Your brother. Remember? splices and dices home videos, Hollywood film footage, and live performance. As kids in rural America, Zachary and his older brother Gator loved making parodies of their favorite films, most notably Jean-Claude Van Damme’s karate opus Kickboxer, and the notorious cult film Faces of Death. Then twenty years passed. Estranged from his family, Zack returned to his childhood home to re-create these films, shot for shot, as precisely as possible–but now seen through a twenty-year lens of emotional and physical wear and tear. One brother became an actor, and one self-destructed. Which is which? How different are these lives? Could this story have turned out the other way around? Maybe. And what are these peculiar parralels in Mr. Van Damme’s life, as it unfolded over the same twenty years? Born in Belgium or America, the simple childhood desire for love gets confused with fame, drugs, & ambition. The liars believe their own lies, and “real-life” clashes with the “art of manipulation.” But with Mr. Van Damme and renowned pathologist Dr. Francis Gross in their corner, Zack & Gator step into the ring one last time for a title shot at redemption. The performance is 60 minutes, and spoken in English. Credits Conceived, directed, edited, performed by Zachary Oberzan Featuring Gator Oberzan on video Texts by Zachary & Gator Oberzan Light/sound/video technician Thomas Barcal Assistant director/tour management Nicole Schuchardt A coproduction by Kunstenfestivaldesarts 2010, Noorderzon Performing Arts Festival / Grand Theater Groningen and brut Wien.

Zachary Oberzan is an original member of theater collective Nature Theater of Oklahoma, based in New York City. With Nature Theater, he has collaborated and performed in numerous productions, including Poetics: a ballet brut, the Obie-winning No Dice, and the one-man show Rambo Solo. His feature film Flooding with Love for The Kid (an adaptation of the novel First Blood, which introduced the world to the character of Rambo) is a one-man cinematic war shot and edited in its entirety by Zachary (portraying all 26 roles) in his 220 square foot apartment in Manhattan. It is currently screening in theaters, art institutes and film festivals in North America and Europe. Zachary has also released two albums of songs, most recently Athletes of Romance. He has performed with The Wooster Group and Richard Foreman, and is currently collaborating with the Dutch group Kassys.