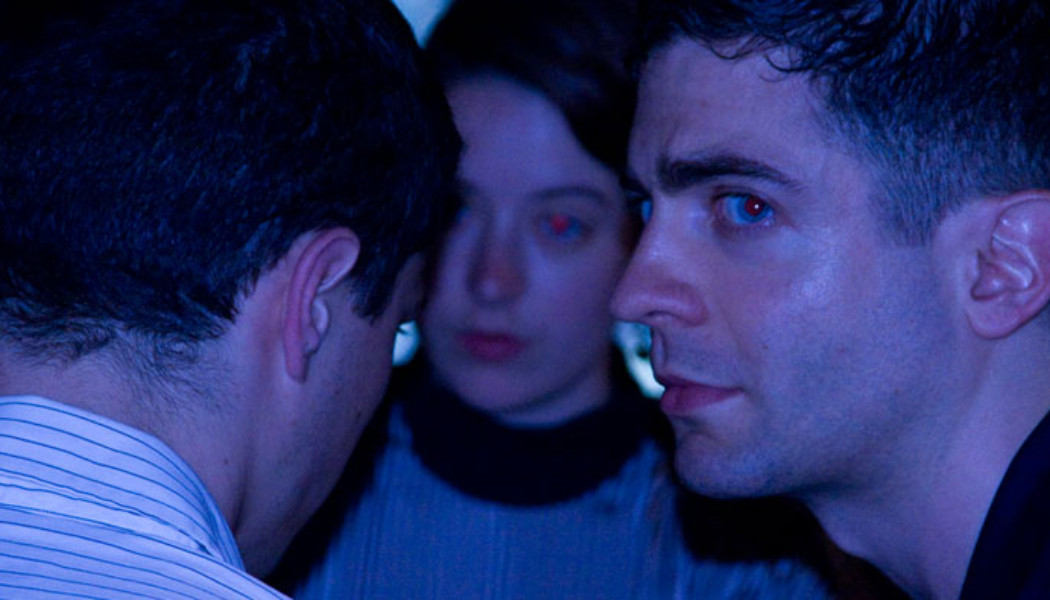 Horror movies will never be as terrifying and shocking as the human psyche. They act as metaphors – scary stories that offer a release or escape from the more devastating twists and turns of an unquiet mind. Without ghosts to explain haunted houses, we are left with the pain sites of crumbling careers, failing marriages, abused children. In Rumble Ghost, as the flimsy membrane between an American horror movie classic and the fragility of the human condition deteriorates, the darkest place in the world is shown to be right up there: in your mind.

Performed in Jack Ferver’s “hyper-reality” style, seven performers reinterpret the 1982 classic horror film Poltergeist, exploring pop-psychological landscapes with movement, original music, and a highly calibrated script. The Poltergeist theme corrodes and gives way to a group therapy session, created from Ferver’s personal experience with “Inner Child Work”, in a therapy technique aptly called: Psychodrama. As the performers are overtaken by their own child selves, a disturbing spectacle confronts the audience and a fearless exploration of the company’s own personas ensues.