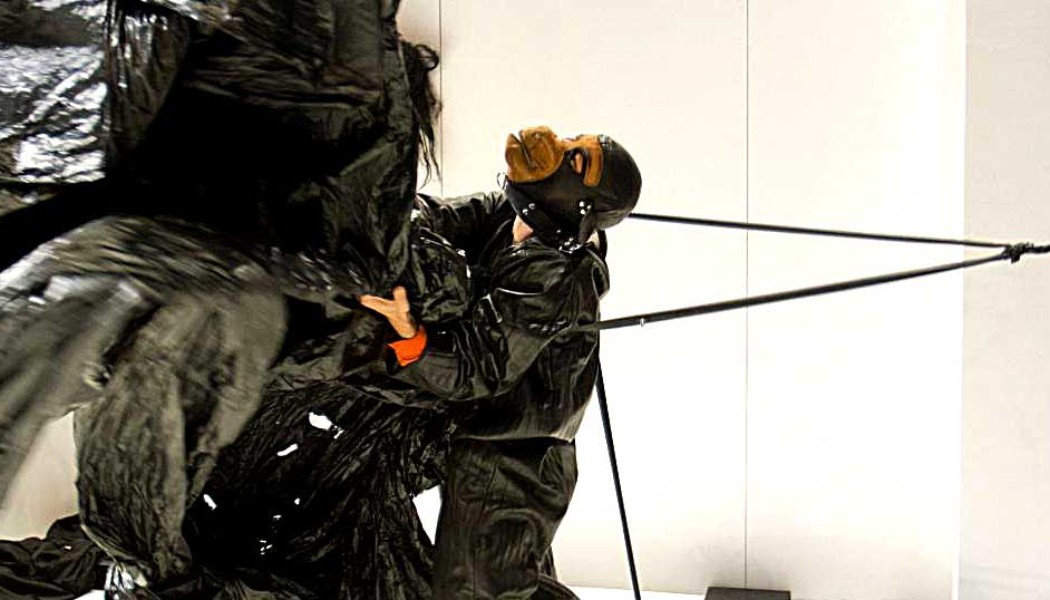 Bruno Listopad is a Portuguese choreographer, performance maker, mentor and teacher. He was educated in Portugal, France and the Netherlands in which he studied dance at the Rotterdam Dance Academy and fine arts at the AKV | St. Joost. He made his debut in the Netherlands in 1998 at the Holland Dance Festival and received a number of significant awards among which: Prize of Interpretation Prix Volinine (1997), Revelation Prize Ribeiro da Fonte from the Portuguese Institute of the Performing Arts (1999), the Choreography Encouragement Prize from the Amsterdam Art Foundation (2000) and the Philip Morris Art Prize (2001). In addition to his independent work mainly produced by Korzo Producties and DISJOINTEDARTS since 2000, he has been co-produced by Dansateliers, Acarte (Fundação Calouste Gulbenkian), Lantaren/Venster, Danças na Cidade, Productiehuis Zeebelt, CCB (Centro Cultural de Belém), Teatro Rivoli, NDD (Nederlands Dansdagen), NAi (Nederlandse Architectuurinstituut) and Productiehuis Rotterdam (Rotterdamse Schouwburg). His works have been commissioned by Holland Dance Festival, Springdance Festival, Dansgroep Krisztina de Châtel, Ballet Gulbenkian, De Rotterdamse Dansgroep, Rotterdam-Porto Cultural Capitals 2001, Rogie & Company, Dance Works Rotterdam, Tanz Ensemble Cathy Sharp, Nye Carte Blanche, Dutch National Ballet, Museum Boijmans van Beuningen, NEST, Stroom, Something Raw Festival and Cover Festival. During 2007-2009 he led the choreographic research institute Danslab together with four other makers.

DISJOINTEDARTS productions attempt to examine what performance is and what it can produce beyond traditional dramatic models. In its projects, the body of the performer is not used as a vehicle of concepts, but as an arena within which concepts are generated by means of an encounter of diverse artistic collaborators that together generate a conceptual multiplicity which is immanent in the creative process. These projects are in part self-referential explorations wherein the subject matters that are addressed cannot be disassociated from the objective registration of the creative process. The projects question the ontology of dance, choreographic necessity and the relation of ethics towards aesthetics.

DISJOINTEDARTS is convinced of the power that contemporary art has, as an agent of social change. However it is acutely aware that given the current consumer artistic economy this can only be possible through the mechanics of “self implosion”. With its performances it attempts to inquire as to the limits of representation by experimenting with the boundaries of speech, narrative and the blurring of the distinctions between reality and fiction. Exploring the aesthetics of high and popular culture, kitsch, the grotesque and the concept of failure. It questions the accepted notions that the role of the artist is to ‘communicate’ and that an artist should have a unique handwriting. Utilizing all sorts of means (movement, voice, text, recorded and live music) to articulate concepts further, disrupt its comprehension and exhaust modern dance’s notion of essentialism. It explores several layers of performativity and at times attempts to generate subjectivity in order to challenge orthodox notions of presence. By integrating all these elements together, these productions attempt to reproduce life’s continuities and disjunctions, capturing mankind desire for self-reinvention, rationality and its inevitable collapse towards the irrational or nonsense.