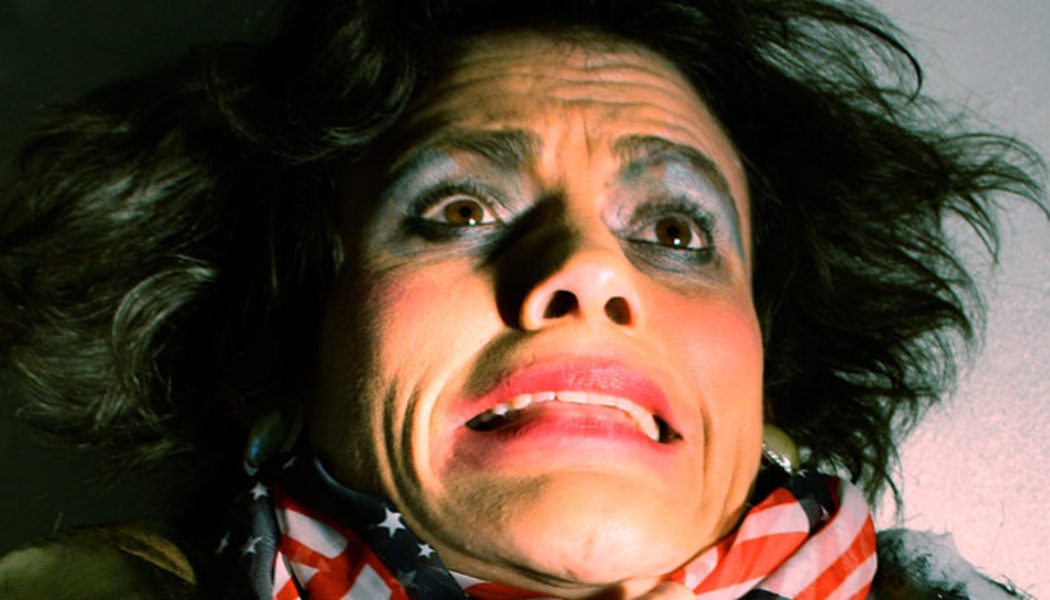 Performed in Jibz Cameron (aka Dynasty Handbag)’s renowned comedic style, this unseasonable holiday anomaly probes deep into our inner familial issues. In a multimedia holiday extravaganza, five characters, all played by Ms. Cameron, sit down for dinner where hatred, secrets, psychic siblings, hexagonal twins, presents, explosives, love and much more are all on the menu. This year, Dynasty Handbag’s Grandma is possessed with something a little more volatile than the holiday spirit and it is up to Dynasty to overcome her ego and defeat Grandma in order to save her brothers and sisters. Everyone has something to bring to the table, and when all become deathly ill after greedily devouring their meal, everyone is suspect of bringing in the virus. After all, seeing yourself in your family can be unsettling enough as it is. Dynasty Handbag is here to bring you comfort and joy this holiday season by showing audiences that there are more dysfunctional families out there than their own.

Jibz Cameron (Dynasty Handbag) is a performance/video artist, musician and actor who lives and works in New York. Her work has been presented internationally from the dirtiest dives to the cleanest art houses and theaters. Dynasty Handbag performances have been heralded by the New York Times as “the funniest and most pitch perfect performance seen in years” and a “crackpot genius” by the Village Voice. She is the recipient of the 2007 Fresh Tracks Artist in Residency Award at Dance Theater Workshop and the 2008 recipient of the Franklin Furnace Fund grant for the performing arts, and the 2010 Mondo Cane! Commission. She is currently an adjunct professor of Performance Composition at NYU Tisch School of the Arts. Her second Dynasty Handbag record is due in the spring of 2011 on Lovepump United Records. She is proud to be cast in the ongoing role of “Agent Steph” in the live lesbian soap opera, Room For Cream.