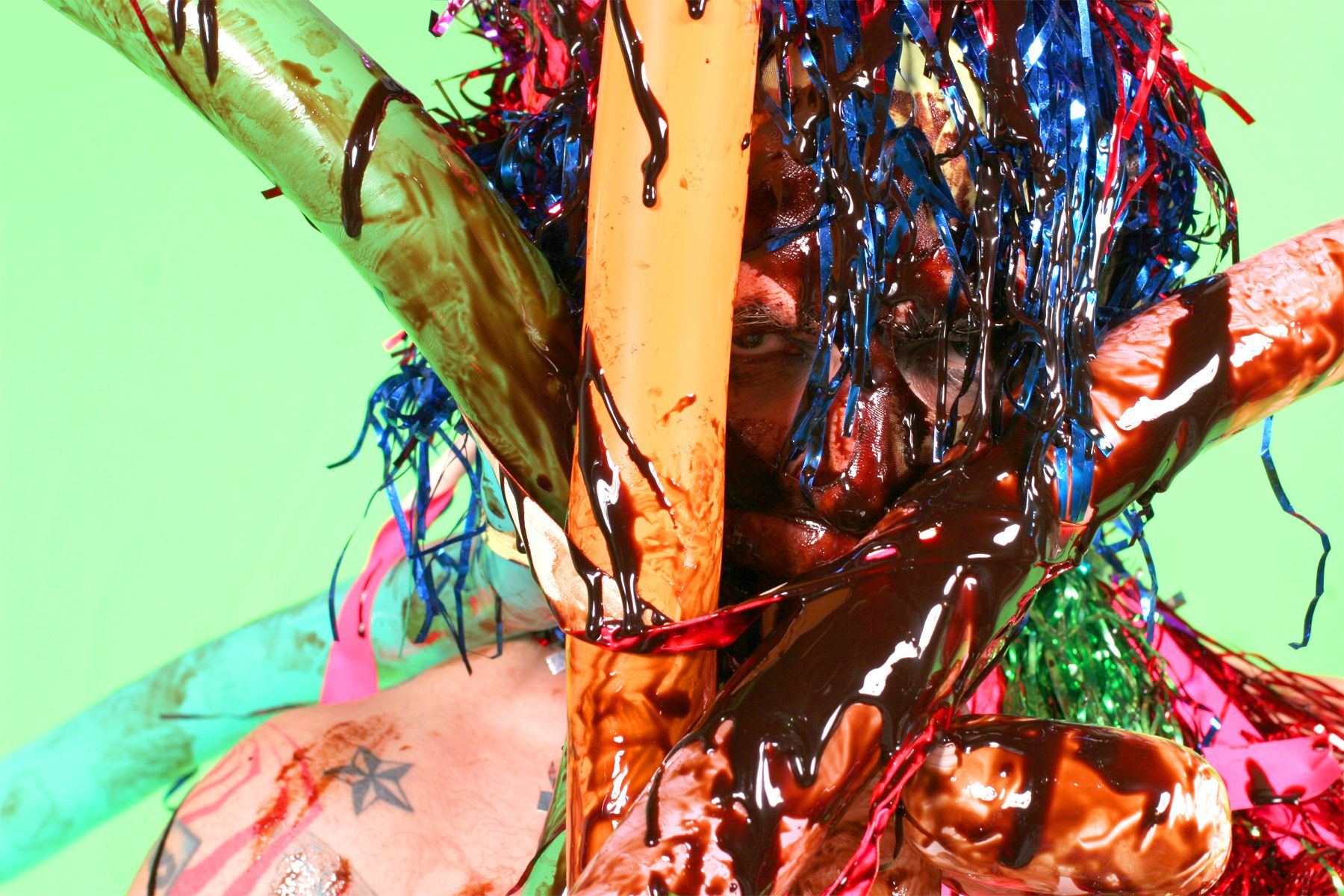 1. Can you tell us a little about your work, your history and your performative concerns.

My work is an attempt to give form to an unutterable force that spills past the boundaries of thought into a dark, confusing place without expression. The drive behind this compulsion usually deals with concepts like ‘us and them’ and the idea of living a life that is ultimately meaningless.

In the last 10 years, I have primarily worked with Big Art Group in NYC along with doing two of my own shows (PIGGY 1.5 and The Machine World Gospel) at the New York City and Philadelphia Fringe Festivals a few years ago.

I am always concerned with communicating the general idea behind a piece clearly yet with a soft focus, like trying to pierce the entire target and not just the bulls eye. I also try to remain positive and humorous, regardless, and sometimes in spite of, of the subject matter.

Right now I’m making a short modern toy theater piece called ‘In Flight’ for the Toy Theater After Dark Festival in Minneapolis. The festival seems to be a joint effort between the Walker Arts Center and Open Eye Figure Theater. This is a very boiled down version of what I ultimately want to do with ‘In Flight’. I’m very excited to be doing it.

3. What are your biggest performative obstacles for yourself in this new work?

Other than the normal drama of putting something together in NYC (I can barely find work and I’m rehearsing in the lounge of my friend’s restaurant before it opens), the largest obstacle may be that aside from writing it and making all the toy theater sets and props, I’m also the only performer. So far, the process feels a little like creating work in a vacuum, I have no reference point or opportunity to step back from the work and gauge whether or not it’s doing what I want it to do. I sometimes it feels like I’m playing with my Star Wars action figures in the lounge of my friend’s restaurant, which is what I’m actually doing, but I can only hope that it’s inclusive enough for an audience.

This last summer I had an opportunity to see Nature Theater of Oklahoma’s ‘Life and Times Part 1’ in Hamburg while performing Big Art Group’s The Sleep at the Kampnagel Festival. It blew me away. I admired the skill they displayed in making the mundane into something epic. It was also a non-stop marathon performance by the cast. I can’t wait to see more.