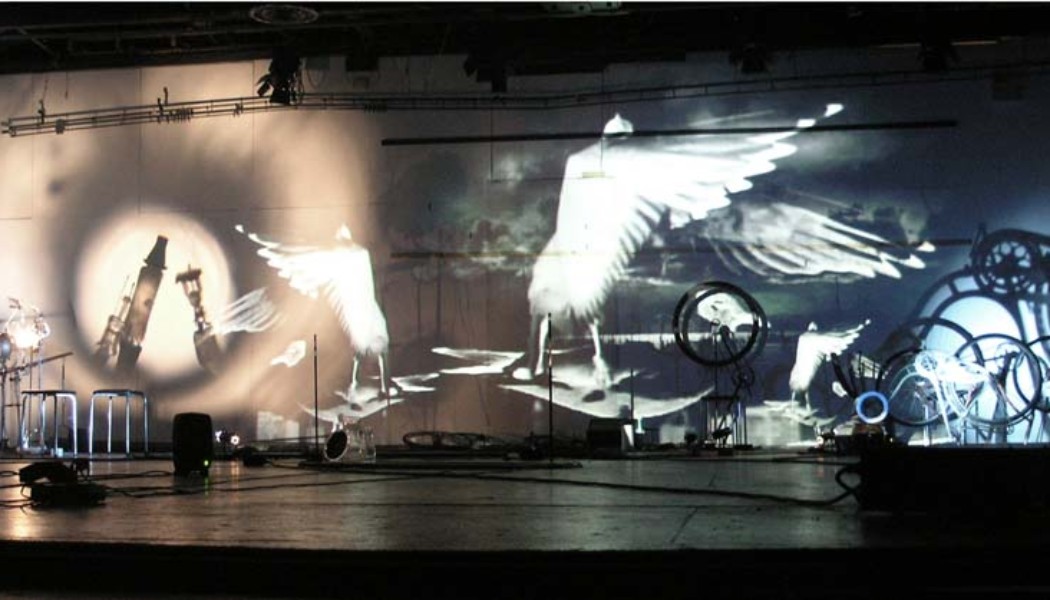 Verdensteatret
And All the Question Marks Started to Sing

In 2011, it will be 25 years since Verdensteatret’s 1986 founding. The group is recognized as one of the leading Norwegian art collectives, known for surprising uses of new and old technologies in the making of contemporary theater, performance and art. Verdensteatret’s works are presented internationally in a variety of contexts, including galleries, music festivals and theaters.

Based in Oslo and led by Lisbeth J. Bodd and Asle Nilsen, Verdensteatret has long had strong ties to the European, especially German, theatrical tradition that includes Brecht, Walter Benjamin and Heiner Müller. Following experiments in fields such as visual performance, environmental theater and text-based theater, the group has recently tended toward the ambitiously interdisciplinary. Today, Verdensteatret consists of video artists, computer animators, sound engineers, musicians, artists and a painter, among others. They collaborate in what they call a “flat structure” where “everyone has a hand in with everything.”