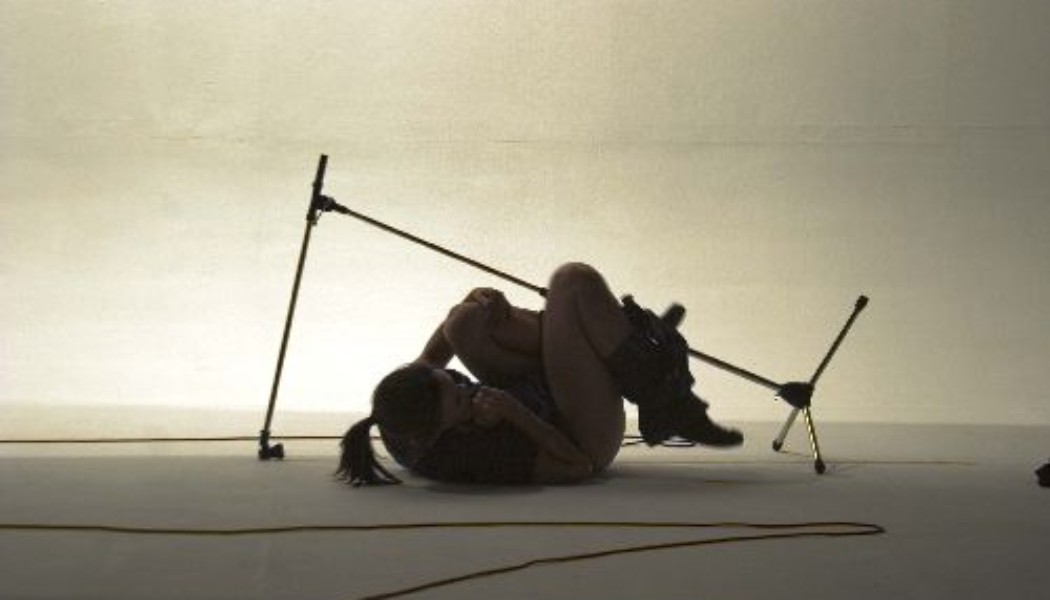 DD Dorvillier is a New York based choreographer, performer, and teacher. In 2003 she and composer David Kean were awarded two Bessies for Choreography and Soundscore of Dressed for Floating (Danspace Project, 2002). Her No Change or “freedom is a psycho-kinetic skill” (Danspace Project/Context Studios, 2005), has been shown in Festivals and theaters in places such as ImpPulsTanz (Vienna, Austria), Tseh Festival/Springdance Dialogues (Moscow, Russia), La Caldera (Barcelona, Spain), Lignes de Corps (Valenciennes, France), The Performance Space (Sydney, Australia), Dance Week Festival (Zagreb, Croatia), and The Melkweg (Amsterdam, Holland).

Dorvillier has been in the works of or collaborated with Jennifer Monson, Jennifer Lacey, Boaz Barkan, Heather Kravas,Yvonne Meier, Karen Finley, Jan Ritsema, and Sarah Michelson, among others. She has been a guest vocalist for Elliot Sharp’s Carbon, and for composers Jonathan Bepler and Zeena Parkins, with stage acting credits in the works of Carmelita Tropicana, Salley May, Circus Amok, and Pavol Lishka, and the films of Torey Vasquez and Iki Nakagawa. In 2000 she inititated human future dance corps supporting her individual work as well as collaborations with director/playwright, Peter Jacobs. Their works together include Die flasche ist ganz leer (PS 122, 1999), Wind (The Eternal Return of the Same) (The Kitchen, 2001), and Coming Out of the Night With Names (PS 122, 2004). In 2007 she created Half A Train, a collaborative photo installation with Flemish photographer David Berge. In 2008/09 she will be part of Parades & Changes, replays, a re-enactment of Anna Halprin’s seminal Parades & Changes (1965), initiated by French choreographer Anne Collod in collaboration with Anna Halprin. This year as well she will also perform in Jennifer Lacey and Nadia Lauro’s Les Asistantes.

Dorvillier has an established reputation as a teacher of Skinner Releasing Technique as well as her particular approach to performance making and physical training, teaching worldwide. She has been a Movement Research Artist in Residence (‘95/’96, ’07/’08). In 1999 & 2000 she was guest co-editor of Movement Research’s Performance Journal, the “Release” double issue, and was curator of the Movement Research Festival in 2004 and 2005. From 1996 to 2004 she curated HOTHOUSE, an infamous improvisational performance series at Performance Space 122 in New York. She is a 2007 recipient of the prestigious Foundation for Contemporary Arts Fellowship.

Getting away from self-expressiveness, from projecting meaning, elucidating content beyond the immediate context of an action and doing so in the most difficult way possible, by using the body and even typically dramatic and expressive conditions – these are characteristics of my current working tendencies and processes. I work with thinking and corporeality.

Though I have been recently using a variety of media and technologies, cinema, sound installation, drawing, sculpture, my inquiry generally springs from questions about the perception and representation of the body, human presence, and my own subjective relationship to “dance.” I am fascinated by the phenomenon of language, and its subsequent breaks, and failures. The body is the obvious and perfect bridge in those impossible gaps. Thinking is the fluid that lubricates the bridge.

Meaning is essential, but I believe that it is something that arises in tandem with the process, not as an arbiter of form. The dialogue between meaning and form is dynamic and mercurial. It’s an old idea that the crystallization of form in action does not need to be contingent upon a pre-emptive understanding of its purpose, but it seems to still be an issue.

I see the work that my global community of artists who think has to do in the field of dance and live performance, and it is an infinite terrain of exciting possibility. I believe this potentiality, that resists a paradigm of artistic success or failure, is a crucial and liberating substance for our culture and society today.

2005 No Change or “freedom is a psycho-kinetic skill,” sound by Seth Cluett, lighting design by Thomas Dunn; Context Studios, presented at Danspace Project Out of Space, New York, NY

2004 Coming Out of the Night With Names, in collaboration with Peter Jacobs, music by Michelle and Kenta Nagai; presented at Performance Space 122, New York, NY

2001 Wind (The Eternal Return of the Same), in collaboration with Peter Jacobs, music by Guy Yarden; presented at The Kitchen, New York, NY

2000 The Handsome Execution of a Flower, music by Kenta Nagai; presented at Chashama, New York, NY

No Change or “freedom is a psycho-kinetic skill,”