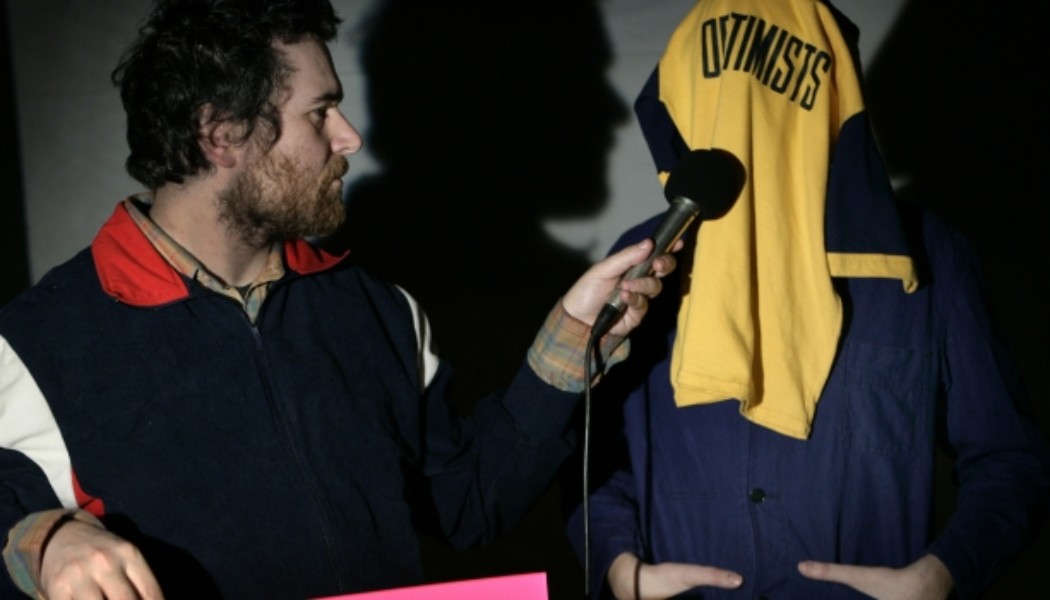 (From the website)
The letter begins: “An Anthology of Optimism is a pre-emptive celebration of a critical optimism we tentatively hope will increase in the twenty-first century.”

We have sent this letter out to writers, artists, thinkers, scientists, politicians, business people, etc. all over the world. The letter ends by asking for a response, a contribution. This contribution can be anything: a photograph, a piece of music, an object, a short text, a drawing or painting, a film or video, or perhaps something we haven’t even thought of yet.

We would like to learn something about the possibilities for critical optimism in the twenty-first century, understanding critical optimism both on an intimate personal level and in relation to the larger socio-economic realities of our times.

Another aspect of the anthology is a performance. Using the contributions we receive as a framework for our own realizations and reflections upon the theme, we will delightfully enact an ongoing process of research into how optimism actually functions.

An Anthology of Optimism is a pre-emptive celebration of a critical optimism we tentatively hope will increase in the twenty-first century. If it exists already, such critical optimism has so far remained relatively marginal. With our anthology we hope to spur its further development and acceptance.

If we look around today, we might notice that pessimism is frequently the unspoken assumption: if you are a pessimist you seem consequent, if you are an optimist you seem naive. Of course the main reason for this generalized pessimism is because reality seems almost to demand it, because it speaks to the facts so directly. However, we believe a secondary reason is because there are so many misunderstandings about what optimism might mean: that it represents only naiveté or being in a good mood.

Critical optimism attempts to correct such misunderstandings because it seems evident to us that, no matter how bad things get, we still require some sort of optimism in order to keep going. The critical optimist doesn’t ask why we should keep going. For the time being, life remains an ongoing concern. The most immediate possibility is to develop the attitude with which we want to live and use this attitude to fuel our resistance.

Critical optimism is willing to look at the current situation with open eyes and rigorous analysis but is never willing to let this analysis fall into cynicism or be used as a pre-text to give up trying. It is an optimism that understands the degree to which we are all part of the problem, but nonetheless believes there is always something that can be done. No system is omnipotent or absolute and therefore there is always some room for improvement.

Critical optimism is never just hoping that you get what you want because, though the extent of the involvement of love in optimism cannot be measured, it is certain that one is never an optimist purely out of egoism. With our anthology we intend to explore the full spectrum of possibilities for optimism: from our intimate personal relationships all the way to global political realities.

The purpose of this letter is to request a proposal from you. We would very much appreciate it if your proposal reflected a consequent, considered and personal contribution to the question of what optimism might mean in the twenty-first century. This proposal can be absolutely anything: a photograph, a piece of music, an object, a short text, a drawing or painting, a film or video, or perhaps something we haven’t even thought of yet.

We are sending this request to people we think can give a valuable contribution to this question from a variety of fields and points of view. We will use these proposals in a performance entitled An Anthology of Optimism.

We kindly thank you for taking the time to read this letter and very much hope you will lend a small amount of your time and wisdom to our undertaking.

Contribution to the Performance:

They would also be very pleased to receive a contribution from you.
If you would like to do so please send your offering to:

Pieter De Buysser is a writer. He studied philosophie in Antwerp (UFSIA) and Paris-8 Vincennes Saint-Denis. In the last ten years he’s written seventeen theater plays for different companies and directors including: Monty, Beursschouwburg, NtGent Munchener Kammerspiele, De Queeste, Lod, Théâtre de la Place, Walpurgis and others. He created the theater company Lampe, named after the valet of Kant, with whom he has written and staged three trilogies: The Critique of the Touched Reason, The Critique of Powers, and The Critique of Pragmatics. His plays haven been translated into German, French, English and Italian. His first novel will be published by De Geus in fall 2009.