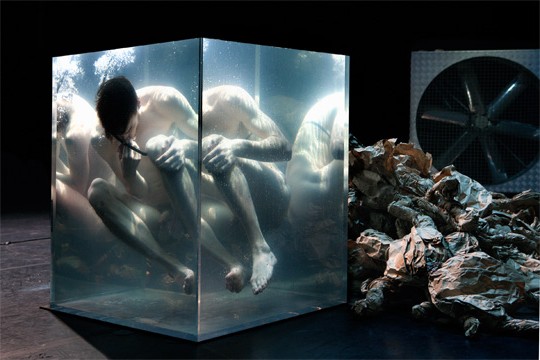 Thousands of professional dancers, choreographers and teachers from all over the world, come together, work together, for five weeks, in one city – ImPulsTanz.

1984. In Austria‘s leading cultural city Vienna the cultural manager Karl Regenburger and the choreographer Ismael Ivo launch the Internationale Tanzwochen Wien in order to give contemporary dance a voice in Austria. With six teachers – amongst them the well-known Joe Alegado, Germaine Acogny and Walter Raines – and twenty workshops, the two organizers get the festival started. A new dance culture unfolds itself and spreads out. Four years later a performance element is added to the increasingly successful workshop festival. In 1988 the ImPulsTanz Vienna International Dance Festival is introduced for the first time, featuring works by Wim Vandekeybus, Marie Chouinard and Mark Tompkins. All names that are still closely connected with ImPulsTanz, which meanwhile has grown to Europe’s biggest contemporary festival.

A fable consisting of various fragments. In Marcela Levi’s minimalist duet objects, too, become performers, while beauty and violence seem to coexist in an irritating way. A piece full of helplessness, but also of humour, that calls upon the audience to get lured into the unknown. “Around the hole everything is edge” is the fourth performance by the choreographer from Rio de Janeiro. It won the ZKB recognition award at the Zürcher Theater Spektakel in 2010.