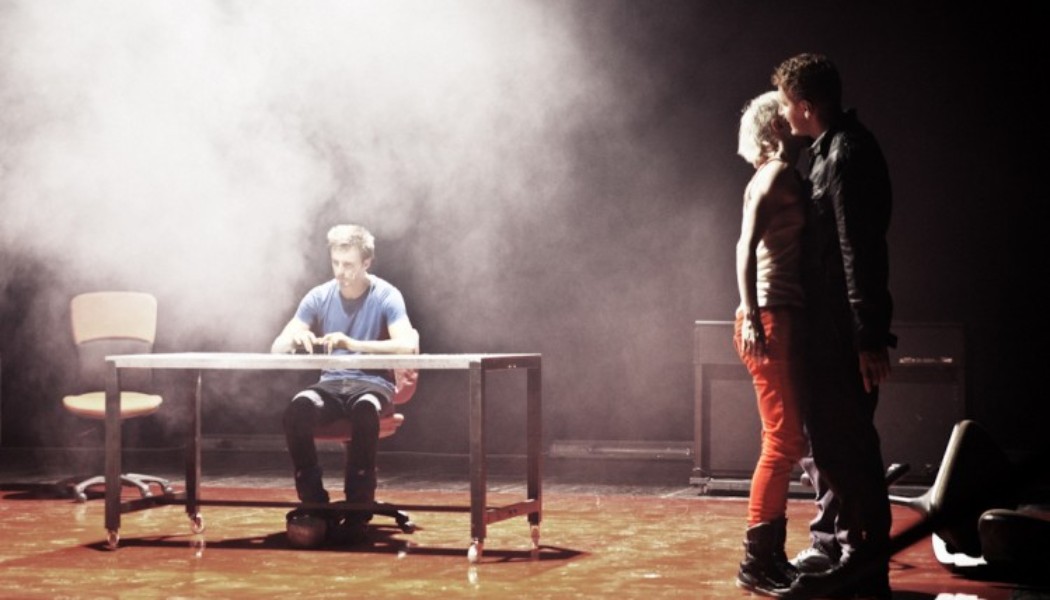 The Noorderzon has grown from a small scale culture festival into an internationally-profiled cultural event, spanning eleven days and receiving upwards to 135.000 visitors. In 2001 Mark Yeoman was appointed as director and artistic leader of the festival. The change to a director from outside the Netherlands created a number of possibilities for new initiatives, and the festival has undergone a number of fundamental changes, principally to do with the artisitc profile, but also the re-structuring of the organisation to meet the growing demands of a challenging festival climate.

The Noorderzon has the ambition ‘to offer high quality, cutting-edge international cross-over theatre to a diverse audience’, which presently accounts for 60%-70% of our programme each year. The festival also aims to provide a highly visible platform for makers (both new and established) from the North of Holland. In this way, the Noorderzon sets out to provide a unique addition not only to the local cultural climate in the North of Holland, but also to the national and European cultural scene.

For a number of years now, Santasangre has been one of the most innovative theatre groups in Italy. This will be the third time the company has performed in Groningen. In the past it has astounded thousands of visitors with its visually astonishing, raw and beautiful theatre. On this occasion, nature again forms the great source of inspiration for the latest performance, entitled Bestiale Improvviso. In a dark and poetic manner, Santasangre undertakes a quest to explore the force of nature by means of music, image, song and dance. It is a force that not only startles us but also causes great angst. Humanity creates myths to protect itself against this angst. Bestiale Improvviso sweeps those myths aside and releases the inconceivable energy that nature incorporates – energy that is released with the birth of stars for example – to explode from the stage.

At the Noorderzon editions of 2005 (Super Night Shot) and 2007 (Gob Squad’s Kitchen), the inventive, open-minded performances of Gob Squad were a spectacular success. This year, the collective is coming to Groningen with the performance Before Your Very Eyes. For the very first time, the members of Gob Squad will not be on stage themselves. Instead, the performance will be played by seven children from Ghent, Belgium. The public watches these children as they move within a safe space with four glass walls, like insects in a jar. From this space, they envisage their own future as adult, and look back on their short past for the first time. Whereas adults often stubbornly attempt to hang on to their youth, these kids dream of leaving their childhood behind them forever. By means of a complex interplay of live and pre-recorded images, Gob Squad uproot, in Before Your Very Eyes, all notions about wise adults and innocent children.

During Noorderzon 2008, you may have become acquainted with the intriguing and topical theatre of the Italian company Motus. In that same year, the death of the 15-year-old Alexandros Grigoropoulos by a police bullet gave rise to an unparalleled storm of protest in Athens. Alexandros was soon regarded as an icon of rebellious youth, disappointed with and antagonistic toward the corrupt political system. A year later, as always fascinated by the transition from adolescence to adulthood, Enrico Casagrande and Daniela Nicolò – the founders and artistic leaders of Motus – left for Athens. They encountered a city that seemed to have forgotten the entire shocking occurrence. In a hybrid between documentary theatre and the mythical narrative of Antigone – the symbol of youthful resistance – Motus embarks upon an intense and physical dialogue by means of music and dance, supported by strong atmospheric images from Athens and other present-day centres of resistance.