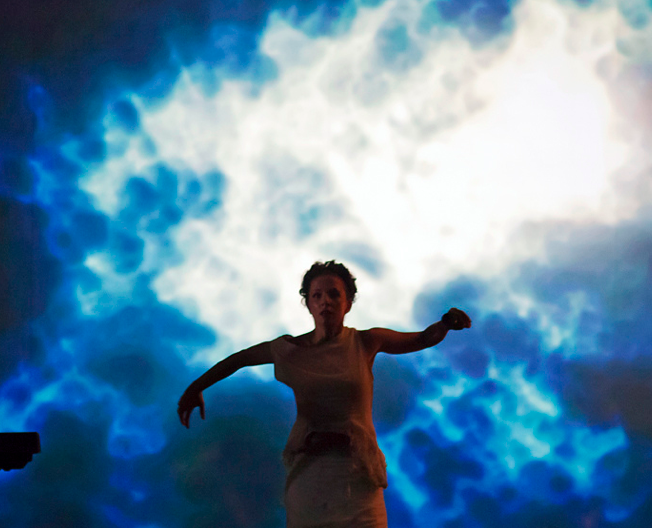 Under the Radar (UTR) is an annual theater festival that spotlights international artists ranging from emerging talents to masters in the field. The festival is a wild mix of works by ensembles, solo artists, writers, and creators. The ultimate goal of UTR is to offer a crash course in theater that is exciting, independent, and experimental, created by some of the most dynamic artists working today. In its seven year history, there have been 104 productions from over 17 countries and the U.S., including Australia, Belarus, Bolivia, Brazil, France, Ireland, Mali, Mexico, The Netherlands, Russia and the UK. Some artists who have collaborated with UTR include SITI Company, Elevator Repair Service, Nature Theater of Oklahoma, Superamas, Abbey Theatre, Mike Daisey, Reggie Watts, Teatro De Los Andes, and many more.

In 2008, 15-year-old Alexandros Grigoropoulos became an icon of youthful rebellion after he was shot by a policeman – triggering an unprecedented storm of protests against the corrupted political system in Greece. In their continued search for a modern Antigone in present-day resistance, Motus emerges with this documentary theatre piece of uncompromising theatricality. Alexis is their poetic call to action.

Performed in Italian with English supertitles.

Epic and cinematic in scope, with a slowly revolving stage (El Pasado…) tracks the lives of four young Argentinians in a bittersweet fragmentary chronicle of a decade (1999-2009). What began as a story pieced together from damaged photographs left behind in a photo lab evolves into a fast-paced record of the past, both true and imaginary.

In Spanish with English supertitles.

Precisely one hour before you arrive, Super Night Shot begins. In a military-style brief, Gob Squad declares a “War on Anonymity” and takes to New York City streets armed with video cameras– embarking on a set of comic and surreal adventures that celebrate unexpected encounters with strangers. You give them a rousing hero’s welcome as they return to the theatre and the footage of the fantastical mission is mixed live into a four-channel, wide screen film.

Waterwell, one of the Village Voice’s “Best Arguments for Devised Theater” (2010) and creators of #9 and The|King|Operetta, present their latest drop – the live concept album GOODBAR. Created in collaboration with NYC glam-punk band, Bambï, GOODBAR blurs the boundaries between music and theatre while tackling one of the most controversial cult artifacts of the ’70s: Looking for Mr. Goodbar. Riffing wildly on the novel by Judith Rossner, Bambï & Waterwell crank the amps up to ten and launch a full frontal assault on modern myths of sex, independence and persona.

See the full program of Under The Radar 2012