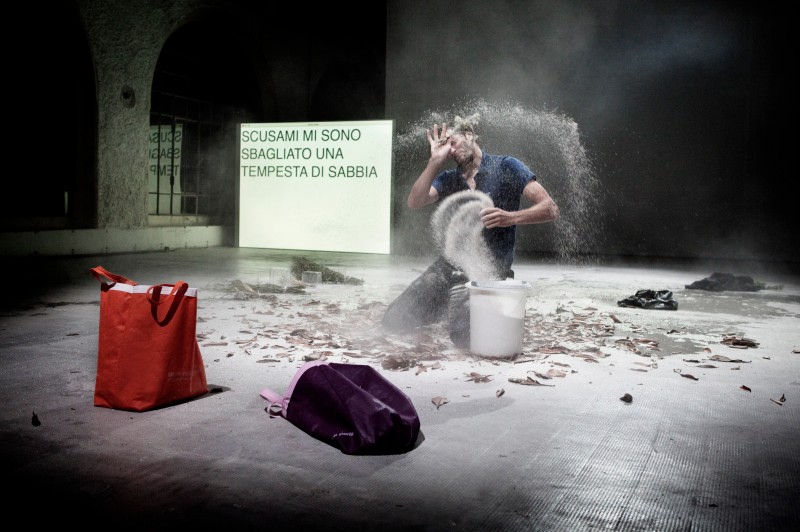 Centrale Fies is a center for the creation and production of contemporary art including performing art, exhibit, site specific, video and any form of live performance and of events such as festivals, exposition and, shows; but also a very unique location equipped to host corporate meetings, round-table conferences and workshops.

All of this within a still functional hydroelectric center which never stops generating energy. Thus, Centrale Fies is both a physical location, capable of transforming itself as needed, and a concrete and ideal project for the development of artistic pursuits.

Centrale Fies remains at the complete disposition of the productions and circulation of art, in agreed-upon cases, giving the possibility of a place that is safe, protected, equipped and managed by highly-competent personnel to the companies who need spaces in which to work.

The intention is to give Centrale Fies back an essential function of “production”, a social sense as a place of elaboration, construction and communication of projects of a cultural character, capable of expressing and solidifying energies.

This year our thirty years long appointment with performing arts and theater has found a new shape that doesn’t leads us to call it “festival” anymore, but even for us is difficult to define it. It’s a beating organ without body that opens exit and entry routes changing rhythm and form.

Maybe it’s a HEART.
“The heart is a sensory organ, a sophisticated center for receiving and processing information,” a brain changing rhythmic patterns of beating to every emotion felt, another way to rework what happens, as well as contemporary art redesigns the now with the categories and codes of now.

And in this irregular and powerful HEART, in the middle of an heterogeneous planning, we’ve imagined several conflicting forces pushing and letting the blood circulate, and filling the middle of his hollow and wide body.
The two “parallel realities” chosen to speed up the passage of a new language through this kind of bio-door (Cronenberg docet) and 100 artists selected during this new year of work, ready to show off their poetic and new languages through aesthetics, search, messages, attempts.

Wounds, conflicts of today and hallucinated visions of the future, between utopias and distopiae… we navigate adrift between ages, reading Huxley, Dick, London, Thoreau… During the journey we find the fuse; Shakespeare’s The Tempest, play-within-the-play, and amazed and irreverent, we decide to mangle it to go even deeper into that urge overflowing from each character: the desire of freedom. We choose to use the “temporariness” of the staged event to create a different ZONE, to found a sort of Instant Community in which also the audience-community has an active and determining role… As “political animals”, we create a process of re-appropriation, through spaces and the experience per se, always immersed in this tempest in which does not appear a world at end, but one on the verge of a new beginning.

Thinking about the storm it came to our mind that the first refuge is a blanket: the blanket is the first thing that you give to castaways.
We kindly ask the public to bring along a blanket: small, large, old, new, light, heavy.
We will donate them to “Non laviamocene le mani” a special committee for a culture of welcoming.

Life and death do not coincide, but we would like to live like this: full of life because conscious that we are dying.
MUORI does not investigate death but the decay of what creates identities. It does it through three performers and three languages (words, body, image), which coexist and confront oneself with the other on stage. Words create dramaturgy through the body and what remains from the actions becomes at first relics then image in movement.
Once the body in action is exhausted, the picture becomes complete. Identity collapses, leaving space to the essence.
Mozart’s Requiem gets on stage as a thunder, swallowing words, action and image, revealing a new level. A different perspective where the poetic dimension opens to a new life. It is not an invitation to die but a motivation to live.
Life and death one on the other, one in the other.

TRA$HX$$$ (Trash for dollars),
about the beauty of money.

All that man is willing to do for money, when it is seen as evolutionary element of the last centuries of human development. A work based on the imaginary today’s western body, where the present is money, media and oil.
Evolution / / code / / contract body / / viralvideofromyoutube / / neongenesis evangelion / / zombies / / POP / / popslut /