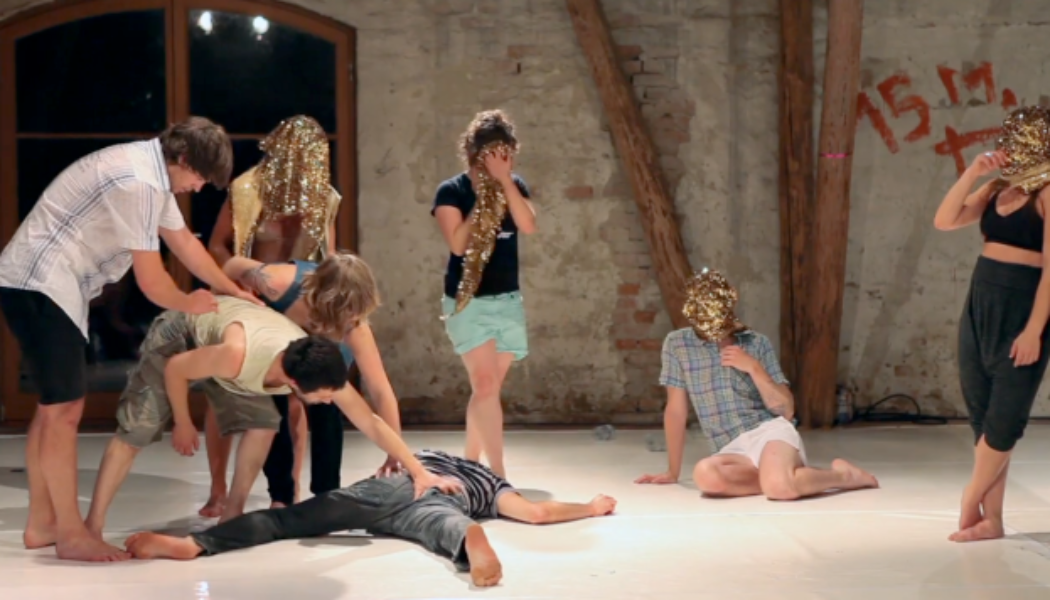 Unstable structures supported by unsustainable systems, this dance cannot stand up on its own. Turbulence (a dance about the economy) is a bodily response to economic crisis.

Instigated before the recent Occupy Wall Street actions, Turbulence is intended as both provocation and affirmation of global movement for economic justice.

Responding both to economic and ecological crises, Turbulence is an experiment not only in performance, but also in developing alternative modes of producing performance. Integrating new cast members (as generative collaborators) for each performance, the work is intended to be developed quickly and intensively, with performances following five days of intensive research. Improvisation is both survival strategy and political tactic. Accumulating dances, images, texts, and tactics with each cast, the process will be tested in venues in San Francisco, Berlin, and Vienna in 2011. The work will continue to be developed through 2012. The economy of making dances and being a dancer will focus the investigation of this research-based performance experiment.

The US premier of Turbulence will be at PICA’s TBA Festival in early September 2012, followed by performances in SF at YBCA, Sep 27-29. Other venues from Vienna to Philadelphia to be determined…