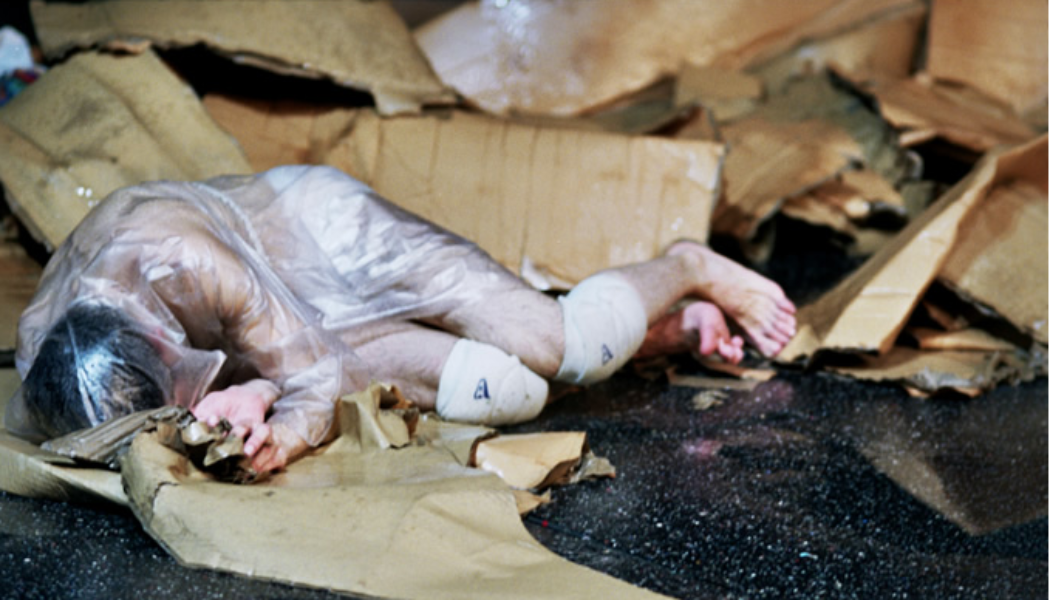 American-Belgian choreographer Meg Stuart met Portuguese dancer and choreographer Francisco Camacho for the first time in New York at the end of the 1980’s. He followed her to Belgium to dance in her debut Disfigure Study. In 2007, they together created the widely acclaimed BLESSED, which is now being presented at New York Live Arts

On stage are a hut, a palm tree and a swan in cardboard. Slowly, mechanically and single-mindedly, a man strolls through his silent paradise. Until it starts to rain and his seemingly imperturbable world slowly collapses. With BLESSED, Meg Stuart has poetically and compellingly grasped the essence of the human condition. Simple elements like rain, cardboard and the human body are an ultimate defence against any downfall. An unrelenting struggle for life, which due to the sensitive power of its aesthetics is also capable of providing comfort despite all the gloom. (source Kaai Theater)