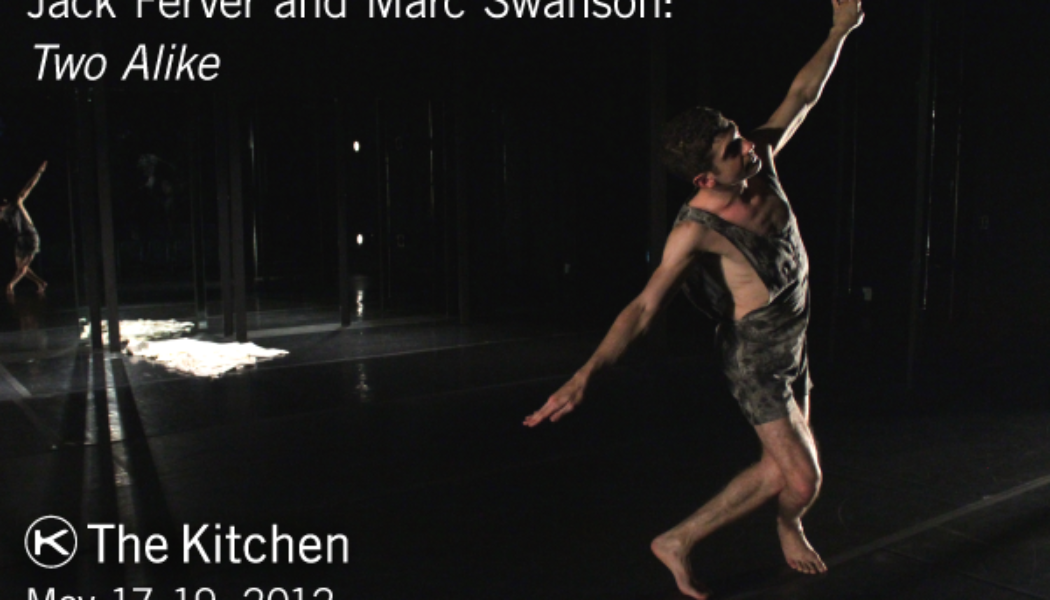 Two Alike, a collaboration between Jack Ferver and Marc Swanson, is a visceral and darkly humorous performance exploring the shattering effects of abused queer youth. Existing in an alter-space housing childhood fantasies and turbid adult obsessions, Ferver acts as the emotive flesh and voice inside of Swanson’s eerie mirrored set/sculpture. The performance twists and turns between past and present, with text ranging from pastoral prose to the jarringly confessional, and haunting choreography built from interviews between the two artists, improvisation, and states of trance.

Two Alike premiered as part of the first co-presentation between Diverse Works and the Contemporary Arts Museum of Houston.