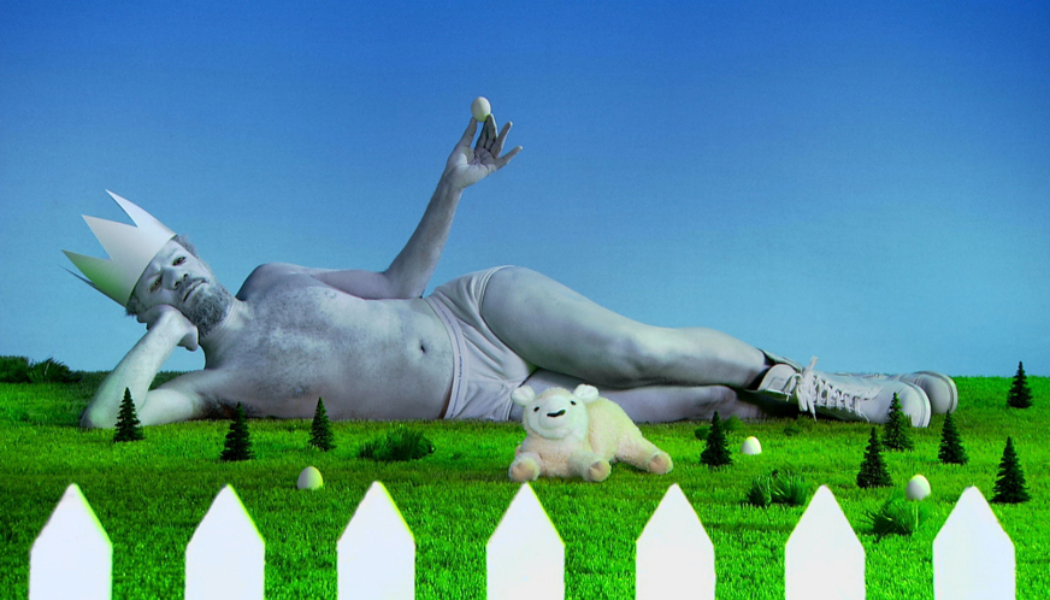 The video work that will appear on the Times Square digital signs — Robert Wilson Video Portraits — has toured the globe in some of the most prestigious museums, galleries and public spaces. The exhibition’s stop at the Crossroads of the World will include video portraits of actors, artists, dancers, writers, athletes, people of all backgrounds, and animals that reflect the breadth of Wilson’s career. For more details on the artist, visit www.robertwilson.com. To view the complete set of videos currently on world tour, visithttp://www.dissidentusa.com/robert-wilson/subjects/.

Robert Wilson’s Video Portraits opened to rave reviews in 2007 and have continuously toured the globe in some of the most prestigious museums, galleries and public spaces since making it one of the most successful series of video works. The ongoing series of portraits includes subjects that reflect Wilson wide range of practices and include actors, artists, dancers, writers, athletes, peoples of all backgrounds, and animals. The Robert Wilson Video Portraits exhibition in Times Square marks the tours long awaited New York City return.

ABOUT ROBERT WILSON
The New York Times described Wilson as “a towering figure in the world of experimental theater and an explorer in the uses of time and space onstage.” Susan Sontag added that Wilson’s career “has the signature of a major artistic creation. I can’t think of any body of work as large or as influential.”

While known for creating highly acclaimed theatrical pieces, Wilson’s work is firmly rooted in the fine arts. His drawings, paintings and sculptures have been presented around the world in hundreds of solo and group showings. Major Wilson exhibitions have appeared at the Museum of Fine Arts, Boston (1991); the Centre Georges Pompidou in Paris (1991); the Contemporary Arts Museum in Houston (1991); and the Instituto de Valencia de Arte Moderno (1992). Wilson has created original installations for the Museum Boymans-van Beuningen, Rotterdam (1993); London’s Clink Street Vaults (1995), and the Museum Villa Stuck, Munich (1997). Most recently he has created installations at the Guggenheim Museum and the Kunstindustrimuseet in Copenhagen (2000), The Vitra Design Museum in Weil am Rhein, Germany (2001) the Galeries Lafayette (2002) and at Berlin’s Neue Nationalgalerie (2003). Wilson was awarded the Golden Lion for sculpture at the Venice Biennale (1993), the third Dorothy and Lillian Gish Prize for lifetime achievement (1996), the Premio Europa award from Taormina Arte (1997) and the Prestigious Commandeur des Arts et des Lettres award in France (2002). In a ceremony at the White House, Wilson was presented with the National Design Award for Lifetime Achievement (2001). His drawings, prints, videos and sculpture are held in private collections and museums throughout the world. Wilson is the Founding Artistic Director of The Watermill Center.
Presented by the Times Square Advertising Coalition in association with RW Work Ltd. and Dissident Industries Inc.
Curated by Times Square Arts