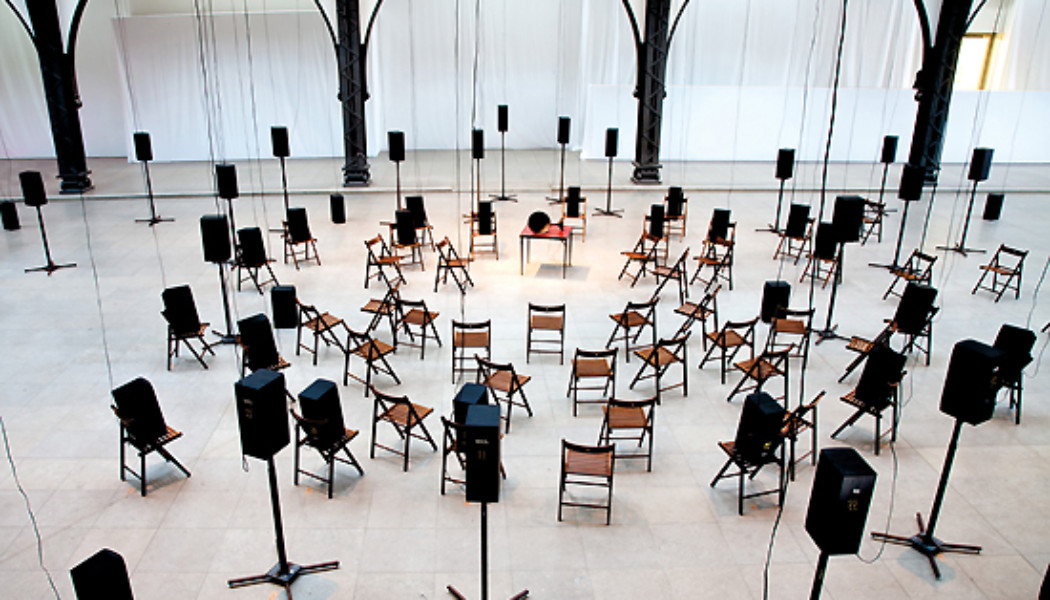 From the Thyssen-Bornemisza Art Contemporary Collection
In association with the Mostly Mozart Festival
August 3 – September 9, 2012

The largest sound installation to date by artists Janet Cardiff and George Bures Miller, The Murder of Crows is a compelling “sound play” that envelops the audience in an unexpected physical and aural environment. Moving and weaving through ninety-eight speakers mounted within the cavernous Drill Hall, the work narrates a captivating and confounding melodrama, investigating concepts of desire, intimacy, love and loss. The multifaceted soundscape uses a fluttering of voices and sounds, from crashing waves to the hubbub of a factory floor, to transport the listener to an unexpected dream-like world.

The Armory’s presentation of The Murder of Crows marks the work’s U.S. premiere.

For a look into the creation of The Murder of Crows, read this July 2nd INTERVIEW WITH THE ARTISTS.