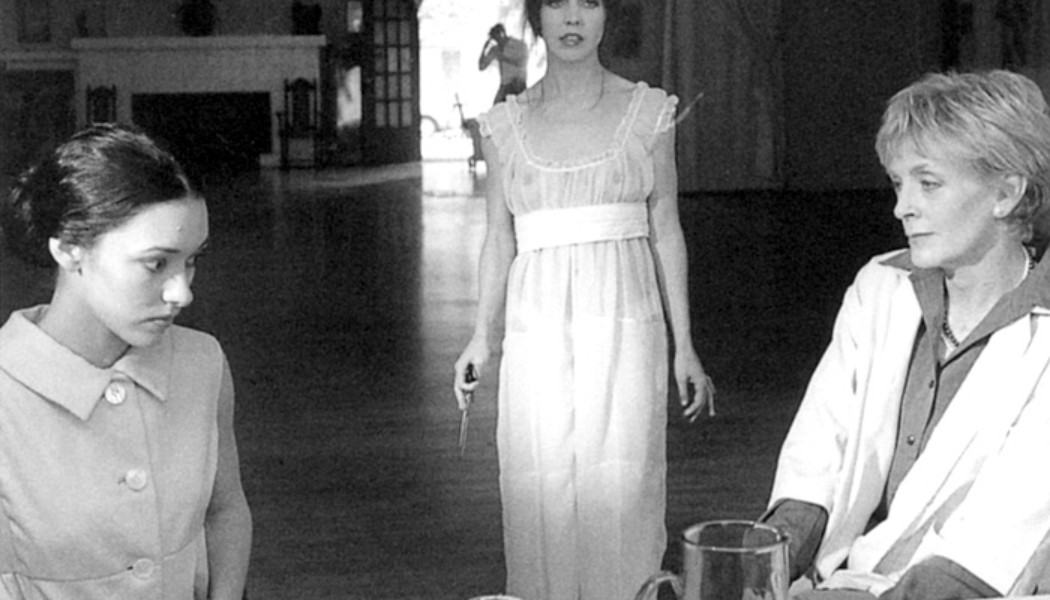 My favorite treatment of Persona has always been Catherine Sullivan’s grand 22 minute video work, Five Economies (big hunt/little hunt), in which it’s a part of a larger mix of performance style and everyday movement, but the intensely personal film, written as a reaction to Bergman’s own illness, will appear in another staged version at HERE Art Center in New York City.

The company called “the company should be called” is a producing collective comprised of theater makers who have been spent years making more traditional theater and who have come together to make work that “traditional institutions might consider a risk, but [they] consider vital to the vibrancy of New York theater culture.” Founded and helmed by Craig Baldwin, and with a specific interest in adapting and reinterpreting existing text, the company asserts that they are working toward building a new theatrical vocabulary. Their inaugural piece was a workshop at Classic Stage Company, entitled “MacB**h” and this performance, drawn from Bergman’s shooting script, was workshopped at TheaterLab and premieres this weekend.

Chris Mills (NYC, USA)
Chris Mills teaches in the Drama Department at New York University’s Tisch School of the Arts as well as in the Department of English. She also teaches at Playwrights Horizons Theater School. She has been published in Art Journal, Theater Journal, TDR, Frakcija, JAE: Journal of Architectural Education, Women & Performance: a journal of feminist theory, The Village Voice and in the books, Out of Time and Place: an anthology of plays from The Women’s Project Playwright’s Lab, and [1968]: Moments of Culture in Context.