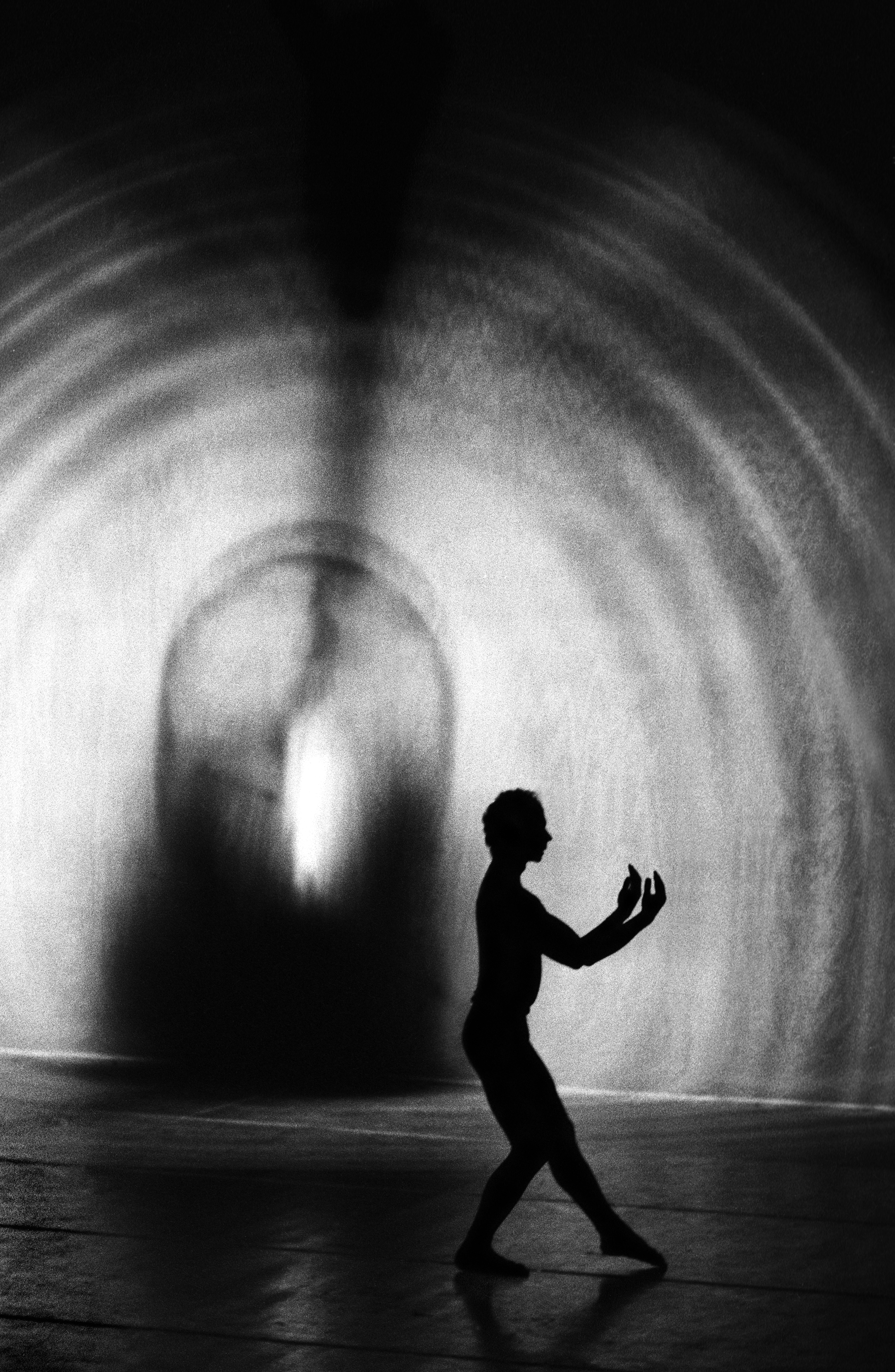 The American Merce Cunningham (1919-2009), one of the most significant and influential choreographers of the 20th century, and his artistic work revolutionized the dance and theater world. Considered one of the best dancers at his time, he received numerous awards and honors for his stunning movement vocabulary. Cunningham’s innovative approach through his interdisciplinary collaborations with musicians and visual artist, like his life partner John Cage, Jasper Johns, Robert Rauschenberg, David Tudor, Christian Wolff among others, had a tremendous impact on Performance and Theater.

He created more than 200 dance pieces performed by the New York City Ballet, American Ballet, Rambert Dance Company and his own company, which was founded in 1953.

The exhibition Photographs of a Dance Movement in Salzburg (Austria) at the Museum der Moderne (MdM) currently presents a retrospective view on various productions of the Merce Cunningham Dance Company.

About 200 photographs are shown, including works on loan from the Dance Archive of the SK Cultural Foundation in Cologne, Germany as well as photographs by James Klosty and Anna Finke, who accompanied the Merce Cunningham Dance Company.

With additional pictures taken by Mikhail Baryshnikov, who photographed some of Cunningham‘s performances in 2006 and 2007, Photographs of a Dance Movement continues until 11. November 2012.