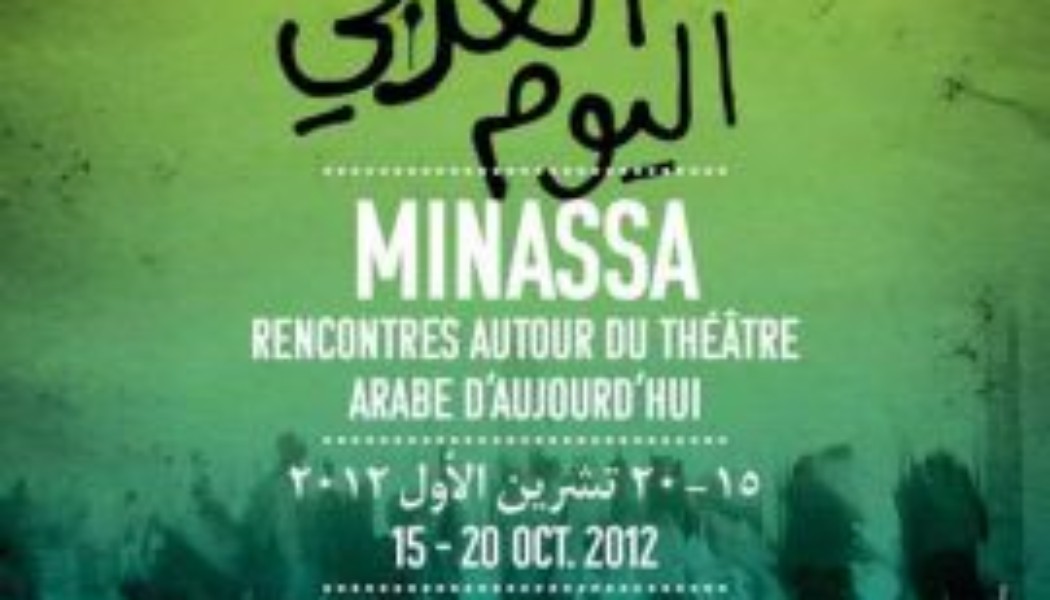 “The much debated concept of the audience’s participation in the theatrical act must be reversed. It is the artists who must take part in the act of the spectator, question theater, put themselves in the auditorium and become in turn citizens faced with the image transmitted by the stage. This is the invitation (and the provocation) that Minassa proposes to those who will participate” Roger Assaf

These days artists from across the Arab world have gathered in the theaters of Beirut to explore the evolution of the arts in connection to the rapid social transformations in the region. Minassa is a 5 day festival organized by the Shams Association, French Institute in Beirut in collaboration with Sunflower Theater, Monnot Theater and Zico House that has brought together emerging playwrights, visual artists, performers and intellectuals from Tunisia, Syria, Iraq, Egypt, Palestine and Lebanon. According to Lebanese playwright Roger Assaf who is involved in the organization “the event’s organizers tried to select performances from various countries, especially those that had witnessed uprisings. […] The performances are not necessarily linked to the uprisings in a direct fashion, but that they were produced around the time that these uprisings took place was deemed sufficient to reflect some of the concerns and aspirations of the Arab youth. ” The program includes accounts from Tahrir Square, monodramas exploring city-citizen relations, experimental performance on the media coverage of the Syrian conflict as well as photography exhibitions, book presentations and more.