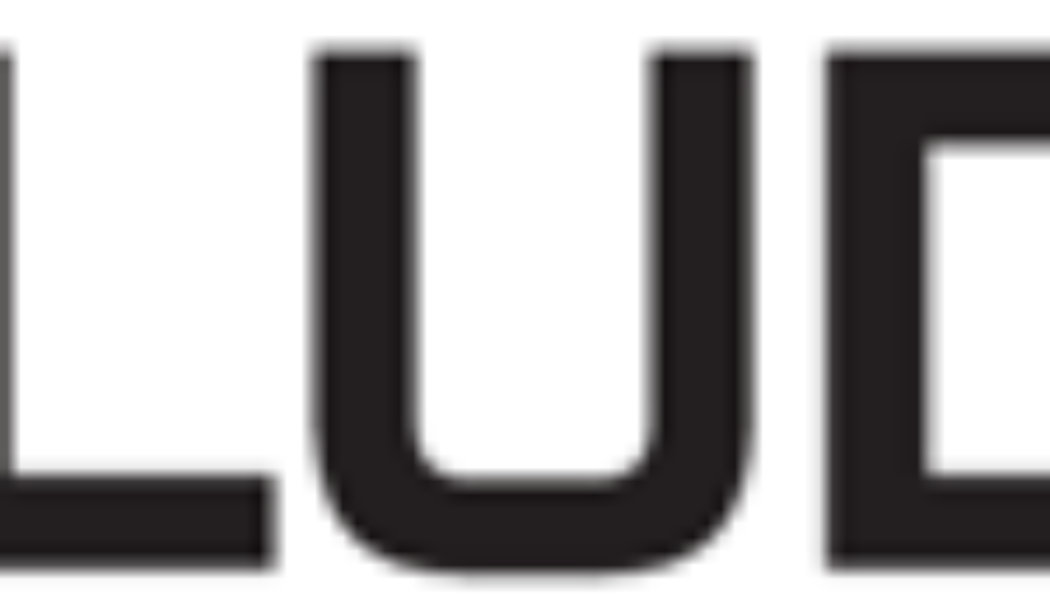 This past October 3-5, 2012 Contemporary Performance Network was a critical partners for the annual PRELUDE.12. NYC Regional Editors engaged with PRELUDE and are now following up with their first person responses. These Regional Editors are Kathleen Amshoff, Esther Neff, Raul Zbengheci, and Emily Bercir Zimmerman. In the next days, we will post each of their responses and continuing the conversation in the comments section. Below is Kathleen Amshoff’s reporting on the theme, Imitation of Participation.

In this panel discussion, Prelude curator Caleb Hammons questioned three people about their community-oriented theatrical work. I hadn’t read the program, and I sat expectantly watching these three youngish, hip people, suitably diverse in race. It was a handsome panel, and they answered Caleb’s questions knowledgeably, if dispassionately. ‘Michael’ talked about the innocence and truth of community participants in his projects; ‘Rona’ about nonactors’ appealing awkwardness; ‘Niko’ about access and accessibility. The discussion was convincingly dull. When I heard ‘Rona’ talking about her project ‘City Council Project,’ I thought, a-ha. City Council Project belongs to Aaron Landsman and Mallory Catlett, not this ‘Rona.’ So she’s playing him/them — got it. A few clues later, I identified the other two artists behind these impostors (Lear deBessonet and Niegel Smith).

Hoi Polloi had asked three normal, non-actor, non-artist folks to study up on the work of three theatermakers, and to embody them. As I heard Alec Duffy say afterward, they studied hard. They memorized a lot information and delivered it coolly, nailing Caleb’s prepared questions. When it was time for the audience Q&A, I had an opportunity to out them, to reveal their ruse. But I didn’t; it seemed like bad sportsmanship. (How did Hoi Polloi know this wouldn’t happen?) I tried to stump them with a question about future projects. ‘Rona’ did grimace, I think, but ‘Michael’ made up something about a subway project, and Niko let out a warm-and-fuzzy-artist answer about letting the project come to him. Nice save.

The panel was a savvy exploitation of the Prelude setting, where we’re less like an audience, more like convention attendees brushing up on the latest fashions and lexicon. In the cavernous Elebash, we were a small audience of artists watching nonartists talk about art with as much authority as any of us, using the words that litter our grant proposals. Participatory. Interdisciplinary. Community-embedded. All the insularity – the circularity – of our downtown performance world, all our postures, seemed laid bare by these three posers.

The conceit of this casual monologue written and performed by Heidi Schreck (in development with director Ken Rus Schmoll) is Schreck’s high school venture of winning scholarship money through competitive speechmaking at American Legion Halls. Schreck’s high school persona is a friendly misfit explicating her confused view of the Constitution before a sea of conservative old man faces. She just keeps saying the wrong thing. She engages one imaginary veteran, (whom she names ‘soldier/murderer/rapist’) in a crowd-pleasing thought experiment wherein he breaks into her house to rape her, but she reforms him with cries of “I’m a human being!” and they ascend into a rainbow as Schrecks’ high school girlfriends watch with envy. Schreck’s un-American metaphors for the Constitution include witchy things like crucibles, spells, and magical lakes. There are some real, adult-Schreck observations in there, too, for example that “the Constitution is a collective act of ethical visualization” But a real grasp of the document eludes her high school persona, as it probably does many of us. There is an improvisatory element in her speech, in which she must speak extemporaneously about an amendment drawn out of a hat. Well, Schreck draws the Equal Rights Amendment, unfamiliar to her because her public library book is from the fifties. How smart. Buried in this funny, pathetic moment is the reality of a poor kid’s lack of access to knowledge of her own rights. The monologue is full of political statements coated sweetly in Shreck’s zany, innocent voice.

I had to leave right after Mussolini in Annie Dorsen’s Speech Karaoke, but its history-class vibe paired so well with Schreck’s work that I wanted to mention what I did see. Volunteers chose famous speeches, from Sojourner Truth to Chaplin, which they delivered from a video console. Following the yellow highlighting, they mimicked the cadences of the original speechmakers.

There was a lot of failure up there – skipping words, transmuting words, difficulty with tempo. There was also a lack of the passion bred by familiarity. We don’t know these speeches like we do Call Me Maybe. They don’t underscore commercials or shopping at Forever 21. The deliveries were understandably dry. I don’t think we can blame American incuriosity; a speech isn’t a song. And doesn’t a speech’s power derive from the charisma of the speaker? I’m not sure I could blow minds like Martin Luther King Jr. did, using his very same words. But I was missing a big part of the Speech Karaoke experience since I didn’t deliver one myself – perhaps the speechgivers felt something? Speak up.

600 Highwaymen
Everyone Was Chanting Your Name

This performance took place in a very packed Elebash lobby, all of us seated around the rectangular performance space. The performance started late; we seemed to be waiting for particular audience members as some were turned away; close quarters added to the expectation. A winsome young black girl, about eleven I’d guess, entered and addressed us. She told us her name, Charlotte, and asked us to guess the name of the person sitting to our left. It was a non-invasive form of audience participation, a warming-up, and it worked. Charlotte disarmed us with her youth, the openness of her face and the ease of her approach. There was no actorish need in her appeal to us. She prepared us to meet seven other individuals who told us stories about loneliness, achievement, insurance, aging. These monologues seemed autobiographical until one kid with incredible physical grace said something anachronistic like ‘after I graduated from college.’ He couldn’t have been more than thirteen.

Talking with 600 Highwaymen creators Abby Browde and Michael Silverstone, I learned that all the text was fictional, divided among the performers so they weren’t playing a character, but together building a collective portrait. As the piece progressed, the monologues begin to interact as two people, then more, created geometric groups that resembled viewpoints-derived movement. In a more involved audience participation section, one person is questioned. I liked this less because of the pressure of cleverness, often cloying.

Throughout the performance, I drifted in and out of close listening to the text because I was mostly interested in who these people were. What drew them to this work, how much time had they spent in the rehearsal room? What did the process give them? Who came to see them tonight? The performance captured the best parts of the spirit of a school play brought out my best, most generous spectator self. As the performers spoke, there was awkwardness; there were long pauses where I thought, “I hope someone is on book.” It seemed so valiant for them to take this on. I rooted for these amateurs, these ‘lovers’ of performance.

As the piece neared its climax, the company we’d gotten to know assembled on stage and began to sing. More and more community members walked through the lobby doors and join them. First, I thought: ah, the tried-and-true musical finale. But as the space flooded with people more and more diverse in appearance and ability, and I heard audience members behind me singing, they got me – they got me! I was moved by all that imperfect, singing human flesh.

River of Gruel is a project of playwright/performer Sybil Kempson and four Austin-based theater companies. The Prelude presentation was a good old-fashioned play reading with music, but without a straightforward narrative. The program material describes the work in progress as “an unwieldy and highly associative collection of seemingly unrelated imagery, geography and aromas” and that is how it worked on me. I enjoyed my hour floating through Kempson’s mongrel world of marauders, mythical beasts, whalebone hut women and ghosts with epaulets. Her authorial voice is knowing but mischievous, with a real taste for playing with the underexploited sounds of words.

For me there were two thematic hearts in the play. The first emerged in an encounter between an angry modern woman, “who does not yet realize that the internet holds all solutions to her problems,” and a relaxed ancient woman from a whalebone hut. This whalebone lady comes from a land (the moon?) where all women are on the same cycle. Everyone gets cranky at the same time, stops work and lies in the dark. Everyone ovulates at the same time, copulating in a shrieking, tree-hanging orgy. Fluctuations in productivity are respected in whalebone hut land, unlike in our modern culture that’s “always planting, never pruning.”

The second character bearing major themes was Yaho, a gentle, inexpressive beast whose innocence provides a contrast with the conquering Marauder. Somehow, Yaho gets it into his head to conquer and subjugate too, leading the cast in a musical finale that might be titled “Get Out of the Way Bitch.” In between laughs, I ruminated on the play’s comparison of the savage and the refined, the male and female, nature and development. In the hilariously nominal participatory element here, audience members are invited to bring their wooden items to the stage for Yaho to spit on them. Because his magical spit prevents rotting, an anointment will make your spoon, lucky pencil or toy boat last forever.

Kathleen Amshoff was born in Houston, Texas. With a special interest in original, interdisciplinary projects, Kathleen integrates a progressive aesthetic with the conviction that theater is fundamentally a social event. She has created new pieces in Zimbabwe and Ecuador with Dramatic adventure Theatre, and in New Orleans with a New Resonance Orchestra. She works with an internationally renowned performance company Big Art Group. Kathleen has a BA in English and Drama from Catholic University and an MFA in Directing from Carnegie Mellon University. She was a Fulbright scholar in Berlin and an International Forum fellow at Theatertreffen