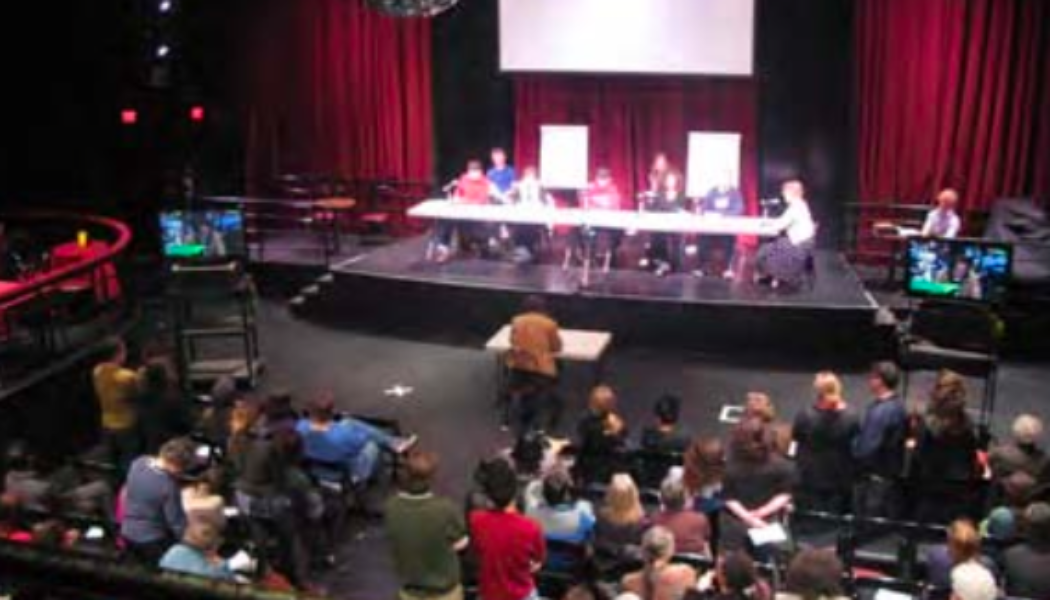 The performance is co-presented by DiverseWorks and the Cynthia Woods Mitchell Center for the Arts where the event was developed during the 2012 research residency of Aaron Landsman. City Council Meeting will combine local participants which have selected various roles with transcripts from several cities’ government meetings along with original writings. It even touts a surprise ending.

According to the press from the event: City Council Meeting was initially commissioned and developed through a residency at HERE Art Center in New York, through the HERE Artist Residency Program (HARP). City Council Meeting was made possible with funding by the New England Foundation for the Arts’ National Theater Pilot, with lead funding from The Andrew W. Mellon Foundation. The project also received support from The MAP Fund, a program of Creative Capital supported by the Doris Duke Charitable Foundation and The Andrew W. Mellon Foundation. City Council Meeting is a National Performance Network (NPN) Creation Fund Project co-commissioned by DiverseWorks Art Space, in partnership with HERE, Zspace and NPN. The Creation Fund is supported by the Doris Duke Charitable Foundation, Ford Foundation, and the National Endowment for the Arts (a federal agency). The project also received support from the Puffin Foundation, Jerome Foundation and many individual donors.