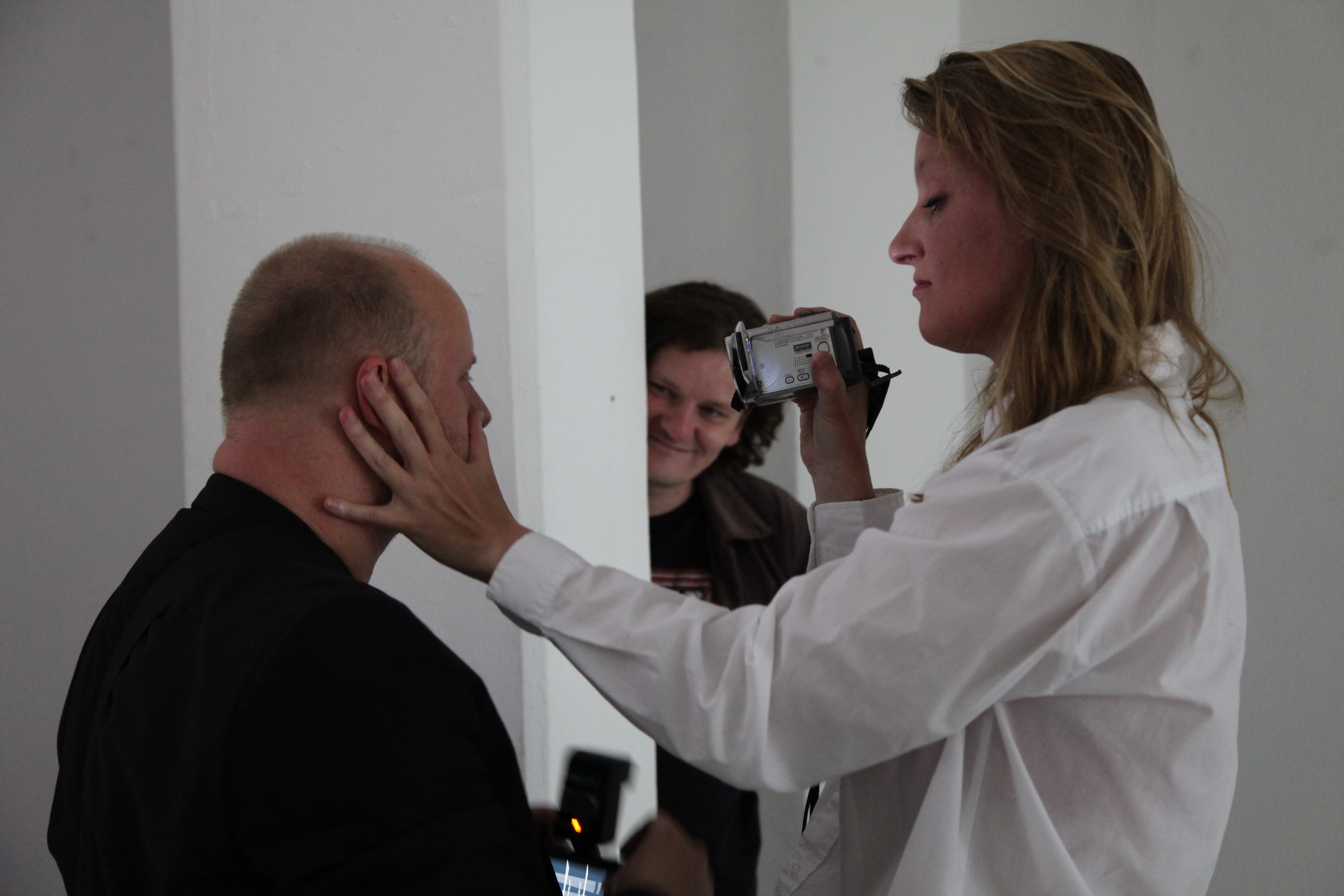 Please join us for Interpersonal Distance, a new performance by Dutch artist Jolanda Jansen. In her carefully constructed but often wild performances, Jolanda submits her body to various transformations, or rather deformations, to engage with the possibility of self-reinvention and release from cultural determinations. Her work often stages the passage from a sexualized female body to an animal-like corporeality as a way of challenging constraining definitions of self and of femininity. And it is not only her own controlled body that the artist hopes to disorganize and transform; her performances also intend to provoke viewers out of their routine bodily behaviors. To do so, she often uses the camera as a tool to invade the viewer’s personal space and engage with issues of voyeurism and gender power relations.

This performance at Residency Unlimited is inspired by a scientific study that explored the correlations between interpersonal distancing behaviour and a variety of factors including gender and personality traits. It is conceived as a sort of experiment in group behavior in three parts with live video feedback.

Her residency is supported by the Mondriaan Fund.