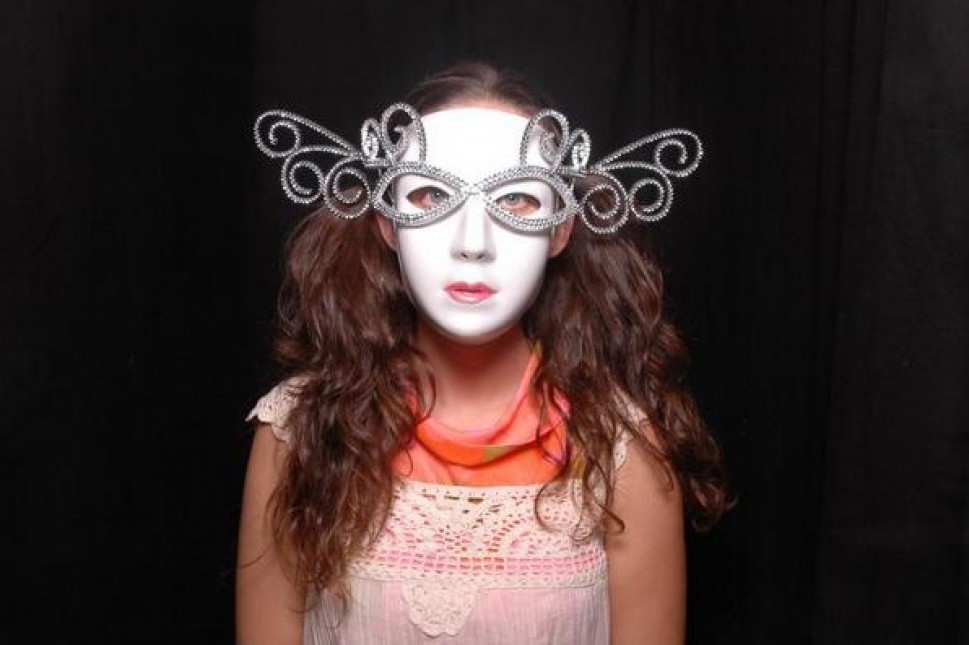 Kentucky is known for a lot of things, but, let’s face it, contemporary art isn’t really one of them. That is rapidly changing. Over the next few months, I will introduce you to artists with Kentucky roots who are dedicated to performance and are helping to shape the dialogue far beyond the borders of the Bluegrass state.

I first saw Lauren Argo’s work around 2007-2008 at Louisville’s always forward thinking Hotel 21C. http://www.21cmuseumhotels.com/ Hotel 21c is a hotel but, more importantly, it is a contemporary art museum. So, it’s no surprise that this is where I first encountered Argo. As Rosalee Goldberg pointed out recently on Performa, performance has found a home in the modern museum because museums themselves have changed radically, from places of contemplative study to cultural pleasure-palaces of engagement, with spaces especially designed for the congregation of large numbers of people to interact with art and artists. The once formal flow of art historical story-telling through quiet halls of display was, around the turn of the new century, disrupted with unconventional arrangements and by event-driven installations that involved viewer participation. Such actions made the process for absorbing the ideas as entertaining as the intended perceptual effects.

In a sense, this is how we Kentuckians have always approached life (think Kentucky Derby). We are storytellers, captains of industry, moonshiners, pioneers, thoroughbred breeders, farmers, Hollywood A-listers, etc…. In many ways the conundrum that is the 21st century seems to be tailor made for kick ass Kentuckians. http://www.kentuckyforkentucky.com/ And, Lauren Argo is certainly one of us!

A Cynthiana, Kentucky native, Gaines Fellow, and University of Kentucky Alumnus, Argo is an installation and performance artist as well as stage and film actress. She gained national recognition as a Kentucky artist for her public performance piece, Life As Art: 21 Days in 21C where she lived in an 8X5 storefront window for 21 days with a web cam to explore the ideas of public and private reality and the ever changing observer/performer role in society. Argo’s work, which also explores themes of feminine beauty, memory, and southern culture is in the collections of 21c Museum and the Indianapolis Museum of Art.

I recently caught up with Argo at a revival of one of her best known performance pieces Farmer’s Daughter’s Cycle.

LA: What I fear and desire are sometimes the same thing and there are usually some elements of both in my work. I created Farmer’s Daughter Cycle out of the fear that no one in the future would know our rich tobacco heritage and the desire to not let that tradition die without sharing the story. Now in it’s 7th year of performance, FDC itself has become a tradition. I would love this piece to be performed long after my own ‘cycle’.

TE: KENTUCKY! What is the secret in the sauce?

LA: Kentucky’s strength is in the landscape, tradition, and ‘unbridled spirit’–which happens to be the state logo. No matter where I live, home will always be land… a farm… a place. Kentucky. There is also a great deal of collaborative passion between creative Kentuckians resulting in a strong artist community.

TE: FB, Tumblr, Instagram… etc… do you think that social media activity is, or can be, a type of “virtual” performance analogous to “live” performance work?

LA: There is almost always an element of human interaction in performative work. This ‘connection’ seems to be more challenging to access in our technology-based culture. To encourage engagement in live performance is, increasingly, more difficult. One reason public art is so powerful is that often the viewer becomes engaged out of interest in the moment, not because he or she synced the event from facebook to their iphone calendar.

TE: You also work a lot in theatre. What, if any, is the main differentiating factor that defines a work as “performance art” versus “theatre”? Or, do you believe that it is a distinction without meaning?

LA: I think performance art and theatre, while taking place in different settings, often have closely related goals. Although a lot of new, original work in theatre attempts to break the fourth wall, which is almost always present when there are “performers” and an “audience”, performance art seems to have a more permeable fourth wall, giving artists more flexibility and making the art more accessible to modern audiences.

TE: What is your idea of perfect happiness?

LA: My idea of perfect happiness is when you create work that touches someone intellectually, spiritually or emotionally. The magical, fleeting moment of connecting with another human through live performance is happiness.

TE: What are you working on right now?

LA: I am continuing to develop and refine a collaborative beauty-themed performance work “how to be pretty” and “the breaking point,” a work that spotlights the moment when something changes forever. My next acting project “Five Lesbians Eating a Quiche” will premiere this Summer. The release of my first starring role in a feature length film, TOAST, which was shot in Kentucky, is scheduled for release in 2013.