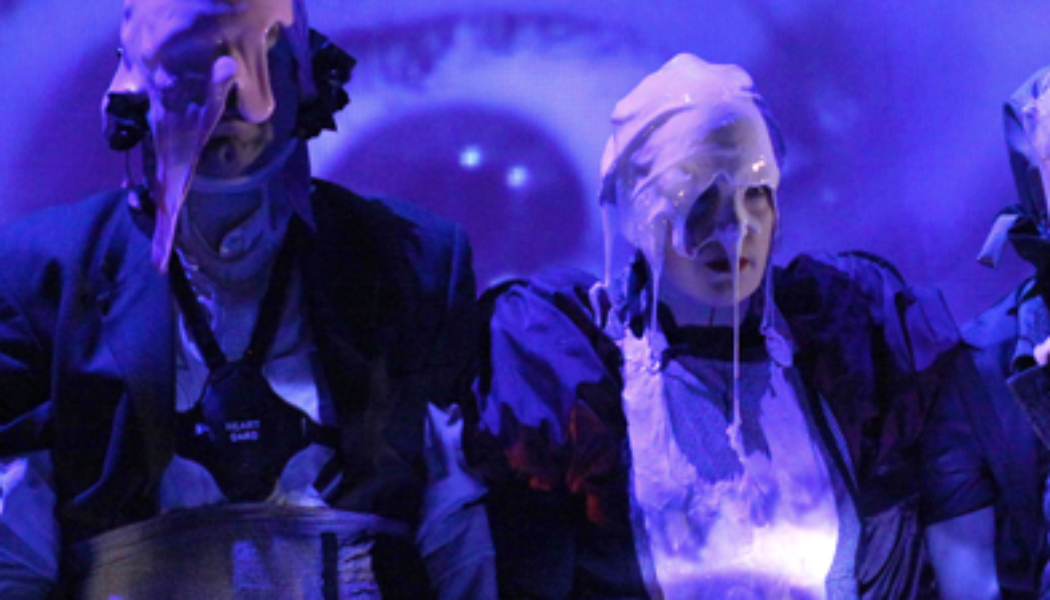 Mass Live Arts (MLA) is a festival of experimental theater and performance at the Daniel Arts Center [Bard College at Simon’s Rock] in Great Barrington, Massachusetts.

Mass Live Arts (MLA) is dedicated to presenting large-scale bold new works of contemporary performance in the Berkshires. MLA is also committed to fostering the creation of new American works through development residencies culminating in work-in-progress showings. This residency is for highly-talented companies or performing artists in need of space and time to create new work.

Seagull (Thinking of you) was created by working with, against, and thinking about late Russian playwright Anton Chekhov’s Seagull. Half Straddle writer/director Tina Satter’s singular contemporary voice takes on the beauty and darkness of Chekhov’s play for a necessary rediscovery.

Drawing from personal letters, varying translations, quasi-biographical facts from early productions of the play in Russia, and Chekhov’s perverse sense of comedy to consider anew what makes the human heart really beat and why we ever try to say something out loud, let alone in front of an audience.

With her Half Straddle collaborators, Satter deconstructs the texts to stage a personal and unexpected piece ultimately about performing, failure, and making something with people you could love. With a Russian folk metal-influenced score.

Half Straddle is a New York City-based performance group that has been creating plays, performances, videos, and music written and directed by Tina Satter since 2008 with the collaboration of artists that includes composer Chris Giarmo and performers Jess Barbagallo, Eliza Bent, Emily Davis, Erin Markey, and Julia Sirna-Frest. The group’s 6 full-length, critically acclaimed shows set up performative laboratories that feature original text, music, and stylized frameworks that slyly deconstruct the preconceived, with a singular écriture feminine. What results is an explosion, or delicate reveal of new meaning.

Half Straddle’s most recent full-length show, Seagull (Thinking of you), premiered in January 2013 in New York City as part of PS122’s COIL Festival, following developmental residencies at MASS MoCA, the New Museum, and Abrons Art Center. In the Pony Palace/FOOTBALL, their show about an all-female football team, was named a Top 10 Show of 2011 by PAPER Magazine, among other honors, and FAMILY was named a Top 10 show of 2009 by Time Out New York.

Recent and current projects include a L.A.B. residency at The Kitchen; an upcoming commission by the New York City Players (premiering October 2013, Abrons Art Center), and a commission for Soho Rep (2014/15).
Their show Away Uniform will be presented at Culturgest (Lisbon, Portugal) in October 2013, and In the Pony Palace/FOOTBALL and Seagull (Thinking of you) will tour to Normandy, France in November 2013. www.halfstraddle.com

Committed to fostering the creation of new works, Mass Live Arts is excited to host writer/director Tina Satter, in collaboration with Richard Maxwell’s Obie-award winning company New York City Players, a residency to develop her newest piece: a hyper-realistic environment built on the natural theatrical elements of a real dance studio. Mona’s House of Dance is a play set at a tap dance studio in a fictional small town on one evening when individual desires come to a head for four people.

As the show unfolds, dance sections become more virtuosic, piano accompaniment evolves into full-blown songs, and interactions between characters heighten, twist and turn. As the piece slowly unfolds, we begin to see fears and vulnerability inherent in any attempt to communicate and define oneself in the context of others. In the end, the struggle to connect at all in an unexpected place becomes movingly apparent. Featuring Obie-Award winning actor Jim Fletcher and Time Out NY-dubbed “future legend of New York Theater” Jess Barbagallo.

Mona’s House of Dance is commissioned and produced by New York City Players as well with additional commissioning support from Performance Space 122. Developed, in part, through a residency at Mass Live Arts.

Inspired by meditations on horror films, the work of Antonin Artaud, and Ardunio open-source electronics, Radiohole’s Inflatable Frankenstein is a visually and sonically driven performance based on Mary Shelley’s early life and her novel Frankenstein.

Arising from a world of gods and monsters (and thousands of Walmart and Price Chopper grocery bags) is a desecration too terrible to behold and too beautiful to turn away from, leading to an improbable question: what is it like to be a metaphor for everything?

Radiohole is a Brooklyn-based performance collective founded in 1998 by Erin Douglass, Eric Dyer, Maggie Hoffman, and Scott Halvorsen Gillette. One of New York’s preeminent and most rigorous experimental ensembles, The Drama Review described Radiohole as “the quintessential American performance group.” The company has produced eleven original shows that have been presented at venues around New York City including PS122, the Kitchen and the Collapsable Hole and have toured nationally and internationally. In 2009, the group received the Spalding Gray Award in recognition of their achievements.

In 2000, the group co-founded the Collapsable Hole, a rehearsal and performance venue in Williamsburg, Brooklyn. The Collapsable Hole is Radiohole’s artistic home and the base for its Associated Hole Program, which fosters the work of a wide range of innovative artists through space grants and performance presentations. Artists that have participated in the Associated Hole Program include Elevator Repair Service, Banana Bag & Bodice, Joseph Silovsky, Big Dance Theater, and Young Jean Lee’s Theater Company, among others. www.radiohole.com