Books: The Fun – The Social Practice of Nightlife in NYC 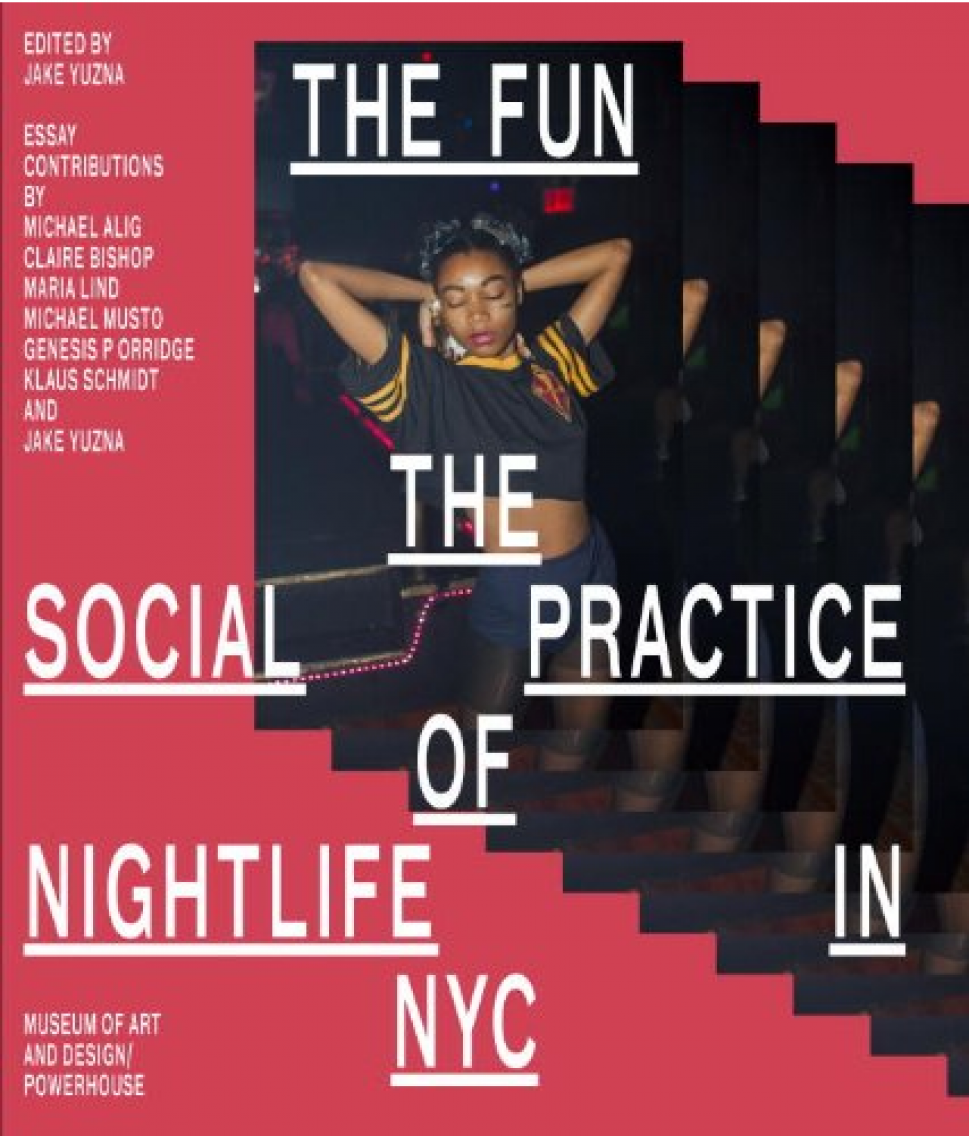 New York comes alive after dark. For years the thriving nightlife has drawn curious outsiders to the city while uniting its residents in a utopian bacchanal that transcends racial, sexual, and class boundaries. As a catalyst for otherwise impossibly intimate intermingling in what is America’s cultural capital, nightlife in NYC has always been fertile ground for creative expression and exploration, birthing countless movements in music, fashion, and art. Yet it is only in the past decade that major cultural institutions have begun to recognize that nightlife promoters are artists, and the parties—the environments, performance, fashion, and experiences created—works of art.

Surveying the evolving nature of nightlife in New York City, THE FUN: The Social Practice of Nightlife in NYC is a first-of-its-kind publication, documenting the new forms of nightlife practitioners to emerge since the turn of the millennium. Through profiles of over 30 artists, including the royalty of Manhattan nightlife like Susanne Bartshce and Ladyfag; hybrid forms like Xtapussy and FCKNLZ; the continuation of minimal wave and goth communities through Pendu Disco; and the vibrant queer scenes of JUDY, Frankie Sharp, and My Chiffon is Wet, THE FUN: The Social Practice of Nightlife in NYC documents the rich contemporary cultural activity keeping NYC as weird and innovative as decades past. Accompanying these profiles are essays by a range of voices in the nightlife, including artists Rob Roth, Genesis P-Orridge, and Michael Alig, curators and critics Claire Bishop, and Jake Yuzna, as well as journalist Michael Musto providing both historical context and contemporary understanding of nightlife as a vital artistic practice that has been marginalized by the arts sector for hundreds of years.

THE FUN: The Social Practice of Nightlife in NYC traces the history of nightlife as it has evolved, from the explosion of large and small discos throughout the 1970s like Studio 54, which paved the way for 80s megaclubs; the candy-colored club kid movement of Michael Alig and the Limelight in the early 90s; the parallel expansion of the boundary shattering merger of drag, performance, and music in downtown venues such as the Pyramid Club and Mother; the rise of Brooklyn as a new focal point in the 2000s with the emergence of Luxx, Secret Project Robot, Silent Barn and other hybrid arts/music/nightlife venues; and on into the many vibrant and emergent forms found today.

THE FUN: The Social Practice of Nightlife in NYC celebrates the immense originality and impact of this unique artistic practice, one that is created once social norms are left at the door and debauchery ensues in the wickedly creative corners of NYC that only emerge when the sun has set.

Jake Yuzna is a NYC-based cultural producer focusing on nightlife, cinema, performance, design, and institutional apparatus. In 2011, as head of programming at the Museum of Arts and Design, Yuzna conceived and founded THE FUN fellowship in the social practice of nightlife, the first, and to date only, fellowship to support nightlife practitioners. Yuzna has curated projects for MoMA PS1, the 4th Moscow Biennial, and Intermedia Arts. Also know for his film directing, Yuzna was the youngest recipient of a fellowship by the National Endowment for the Arts in filmmaking. He has also received fellowships from Creative Capital Foundation, Creative Time, Jerome Hill Foundation, Frameline Foundation, and others. His debut feature film Open, was the first American film to receive the Teddy Jury Prize at the Berlin Film Festival in 2010.

Claire Bishop is an art historian and critic based in the History of Art department at CUNY Graduate Center, New York since September 2008. Previously Bishop was an associate professor in the Department of Art History at the University of Warwick, Coventry and Visiting Professor in the Curating Contemporary Art Department at the Royal College of Art, London. Bishop edited Participation (MIT Press, 2006) and Installation Art: A Critical History (Routledge, 2005) and has contributed to Artforum, Flash Art, and October.

Michael Musto is an American columnist, author, and journalist. For over 26 years, Musto has written the “La Dolce Musto” column in the Village Voice, covering gossip, nightlife, politics, and personal issues. His books include Downtown (Vintage, 1986), Manhattan on the Rocks (Henry Holt & Co., 1989), and most recently, Fork on the Left, Knife in the Back (Vantage Point, 2011).

Maria Lind is a writer and curator, as well as the director of the Center for Curatorial Studies Graduate Program at Bard College. She has curated internationally at a multitude of institutions and festivals, including Kunstverein München where she served as director from 2002 to 2004. In 2009, Lind received the Walter Hopps Award for Curatorial Achievement.