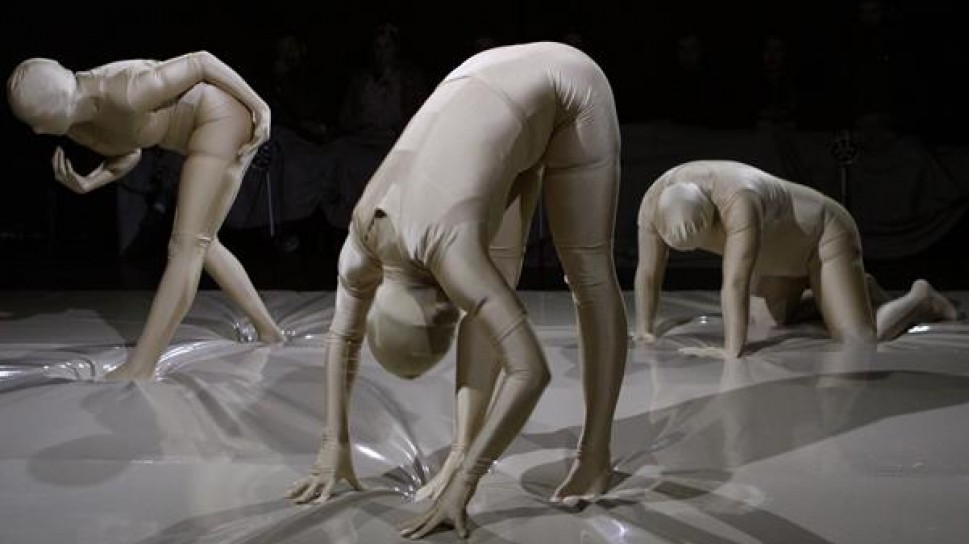 Tanz im August celebrates its 25th anniversary this year from August 16th – 31st, 2013 . The festival presents the current state of affairs in the international contemporary dance scene with a focus on contextual and aesthetic perspectives of the artists presented. At various venues in Berlin, the outstanding choreographers and companies are presented as well as exciting young unknowns with potential for further development. Below are a few of Contemporary Performances Networks highlights including one of our members Choy Ka Fai (SG).

Trisha Brown became a protagonist of postmodern dance with her dance miniatures. One goal of her minimalist works from the early 1970s onward was to create pure motion – neutral, free of associations, neither purpose-oriented nor pantomimic. Beginning with a simple rule and its adaptation, her “Early Works” develop complex structures, motion sequences that grasp the body as a kinetic sculpture moving through space. Before Trisha Brown’s return to the more conventional performance context of the theatre, her works were presented in museums and galleries. But despite the echoes of White Cube, Formalism, and Abstraction, there was always room for humour in her work. The performers in “Spanish Dance” (1976) raise their arms like they might be flamenco dancers, but instead of displaying their virtuosity they shuffle, with tiny steps, into line, their facial expressions stoic. In “Accumulation” (1971) a new gesture is added to a motion sequence each time it is repeated, as in a game of “I Packed My Suitcase”, while in “Sticks” (1973) the dancers simply balance a stick on their heads without fanfare. Trisha Brown’s “Early Works” offers a selective re-encounter with iconic works of dance history – and with one of the choreographers who shaped its progress.

Choy Ka Fai has chosen an unusually direct method of preserving dance heritage. In his lectureperformance ‘Notion: Dance Fiction’ he connects a dancer to an apparatus which provides her muscles with soft electrical impulses to encourage movement. Can she learn the choreography – for example Pina Bausch’s solo from ‘Cafe Müller’– using external signals only?

“If today body memory is one of the pillars of nontransferable subjectivity, perhaps the emergence of a physically manifested “collective memory”—made from audiovisual recordings and shared by electrodes that generate unintended stimuli—may be the most material evidence andrepresentation of post-modern subjectivity.” (The CreatorProjects, Natasha Felizi )

“When it quotes the Rainer piece ‘TheMind Is A Muscle’, you understand it not only in relation to the debate aboutwhere the art of dance really comes from, but also in relation to you sittingthere and shaping your own cognitive experience of the show. In as much as Choyand Ng are piecing together these minichoreographies, aided by technology or otherwise, you are likewise doing the same thing. Shocking, isn’t it?” (Today Online, Singapore, Martin Mayo)

“noso-tres researches the concepts of gender and sex, and questions the naturalization of its uses through the movement of the pelvis and its repercussions on the bodies and relations within a trio.
nosotres attempts to disarticulate gender categories applied onto the body, understanding them as sociocultural constructions conditioned by oppositions such as: masculinity-femininity, human-animal, object-subject, passive-active, heterosexual-homosexual. How can we substitute these binary oppositions that organize and determine a body? Can the body be conceived as a simultaneity of possibilities, a multiplicity and a series of futures?
nosotres goes through notions like: repetition, transformation, trio, power games, the in-between things, by investigating the fictional character of the body, sexual identity and univocal gender.
no so tres looks at transiting through degendered bodies, floating bodies that cannot be fixed, in opposition to the binary paradox that we are subjected to, where one has to be coherently sexed in order to be legitimately considered as human. It is then worth wondering how experiences that escape that logic can be understood.
nosotr(e)s celebrates the body as potentiality, as a dynamic process and permanent reinvention experiment. It celebrates the stage as a scenic body that exposes its aesthetic elements to the complexities of the experience.” (Javiera Peón-Veiga)