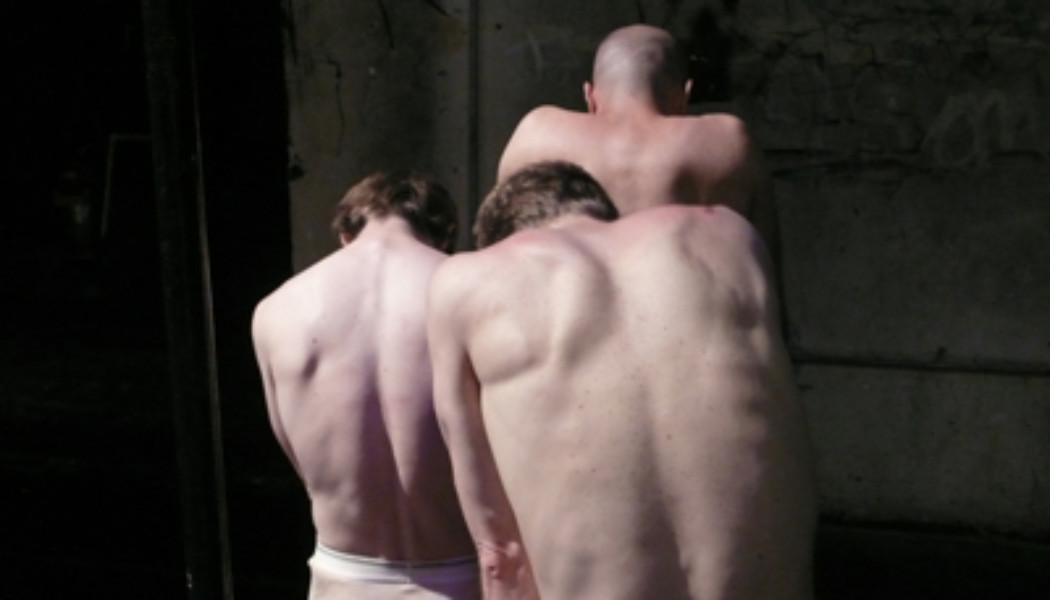 A man in an empty space: in a field, onstage, in combat. Is this his ultimate battle and can it be won? Pavel Zuštiak/Palissimo charts new territories with Endangered Pieces, a performance unfolding in a series of dream-like scenes set amidst a looming calamity. Throughout, the visceral trumps the literal, leaving visual impressions that linger and gestate in the subconscious as both alluring and unsettling. With Pavel Zuštiak, Jaro Viňarský, Mathew Rogers, musicians Christian Frederickson and Bobby McElver, and lighting by Joe Levasseur.

Pavel Zuštiak a 2011 Guggenheim Fellow in choreography, is a choreographer, dancer and sound designer living in New York City. He was born in the former Czechoslovakia where he received his first dance training. At the age of seventeen he made his choreographic debut with a work for 23 dancers of the Tremolo Dance Company set to M. P. Mussorgsky’s music “Pictures at an Exhibition.” He appeared in the children’s TV series “Golden Gate” for seven years and in numerous TV and radio plays. Zuštiak received his MBA in 1993 and moved to study dance composition and production at the School for New Dance Development in Amsterdam. Zuštiak was awarded a prestigious 2007 Princess Grace Choreography Award to support his collaboration with Laboratory Company Dance in Pittsburgh, PA, and was a finalist in the 1999 Choreography Competition in Amsterdam for “Wrinkle in Time.” He also received 2006 Jerome Foundation Travel and Study Grant that allowed his dance research in Vienna, Austria and Brussels, Belgium. Zuštiak is the artistic director of Palissimo, a New York City based dance theatre company he established in 2003. Through Palissimo he produced three evening-length works shown in New York City in venues such as Performance Space 122, Dance New Amsterdam, University Settlement, Chashama, HERE Arts Center, Dixon Place and internationally at venues in Poland, Slovakia, and Czech Republic.
Endangered Pieces was created in residencies and with support of Abrons Arts Center, Czech Center New York, Vermont Performance Lab, and Stanica Zilina. This piece was made possible with funding from The Jerome Foundation, The Mertz Gilmore Foundation, Trust for Mutual Understanding, and New Music USA.