In Performance: 20 Dancers for the XX Century at MOMA (NYC) 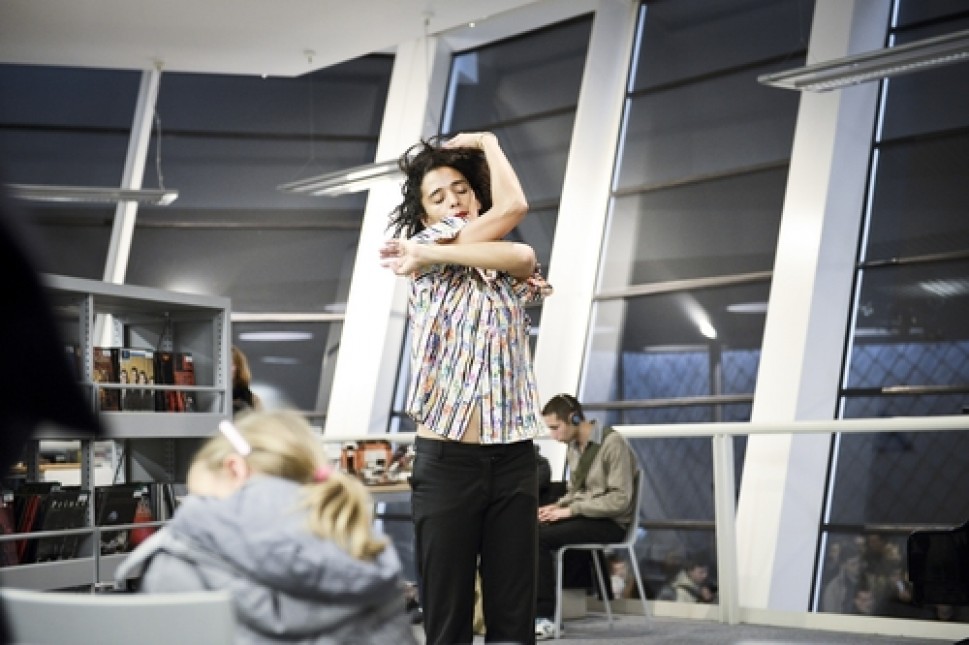 20 Dancers for the XX Century(2012/2013) presents a living archive. Twenty performers from different generations perform, recall, appropriate, and transmit acclaimed yet forgotten solo works of the last century that were originally conceived or performed by some of the most significant modernist and postmodernist dancers, choreographers, and performance artists. Each performer presents his or her own museum, where the body is the ultimate space for the dance museum. Hence there is neither a stage nor a demarcation of performance space. Rather, the performers circulate freely between the Museum’s Marron Atrium, the Museum galleries, and other public spaces.

In Performance: Meg Stuart/Damaged Goods, Until Our Hearts Stop