In Performance: Royal Osiris Karaoke Ensemble’s Everything One in the Disc of the Sun (NYC) 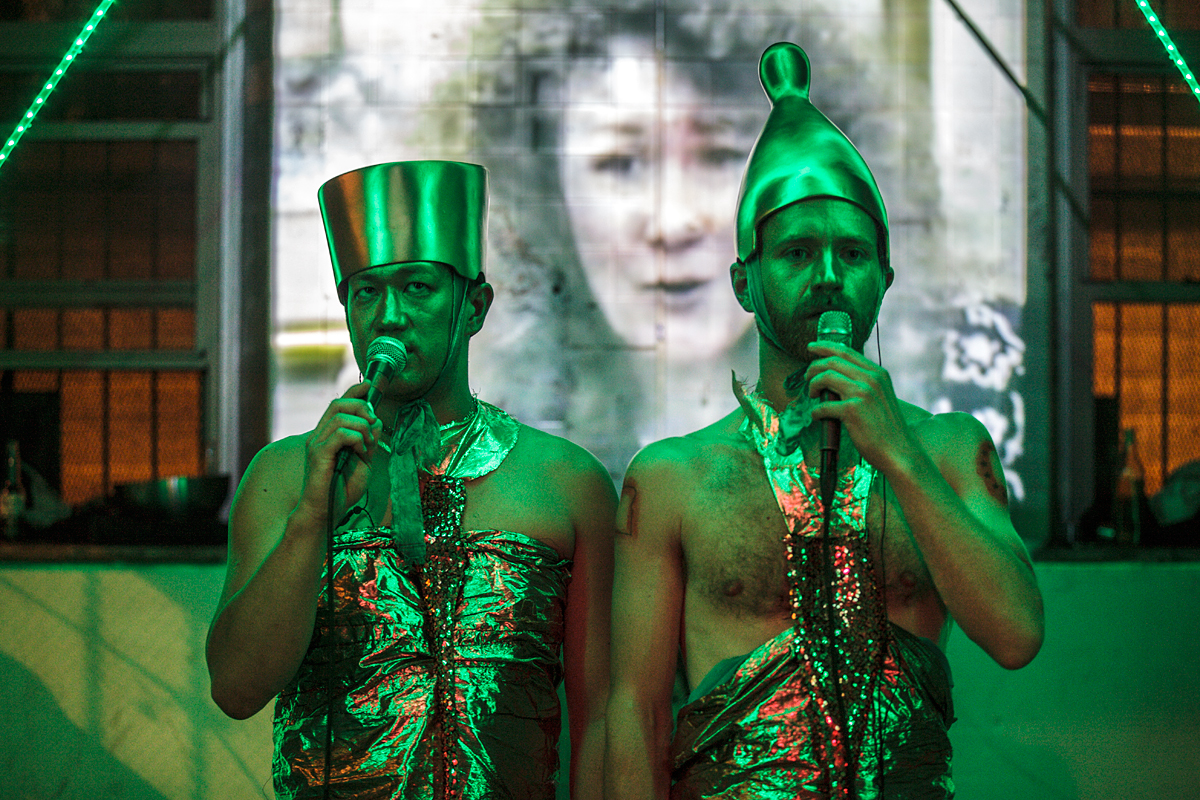 Royal Osiris Karaoke Ensemble (Tei Blow and Sean McElroy) is a musical priesthood that explores the metaphysical terrain of self-help movements at the end of the 21st Century.

In Everything One in the Disc of the Sun, three Osirian priests gather at a pseudo-Egyptian karaoke bar at the end of time to perform their favorite tracks from the self-help repertoire. Under the cosmic glow of an LED pyramid, Royal Osiris Karaoke Ensemble sings, chants, and recites forgotten hits from the VHS vaults of gurus, cult leaders, corporate speakers, and extraterrestrial mediums, which they channel through an embedded in-ear karaoke machine. Combined with original songs, gestural fragments of the Death Trance Dance, compulsive drinking rituals, video projection, and other cultural flotsam, Royal Osiris Karaoke Ensemble entombs the lost relics of a future civilization in lyrical self-preservation.

Also onsite is The Prodigal Sun Spiritual Supplies Boutique, a conceptual consignment store for self-enhancement, which will be open nightly at 7:30pm and after the performance for the duration of the Golden Karaoke Party. Merchandise and services for sale include:

All performances will be followed by a Golden Karaoke Party, MC’d by DJ Rob the Rich and The People’s Karaoke.
[Complete songlist: www.royalosiris.com/songs]