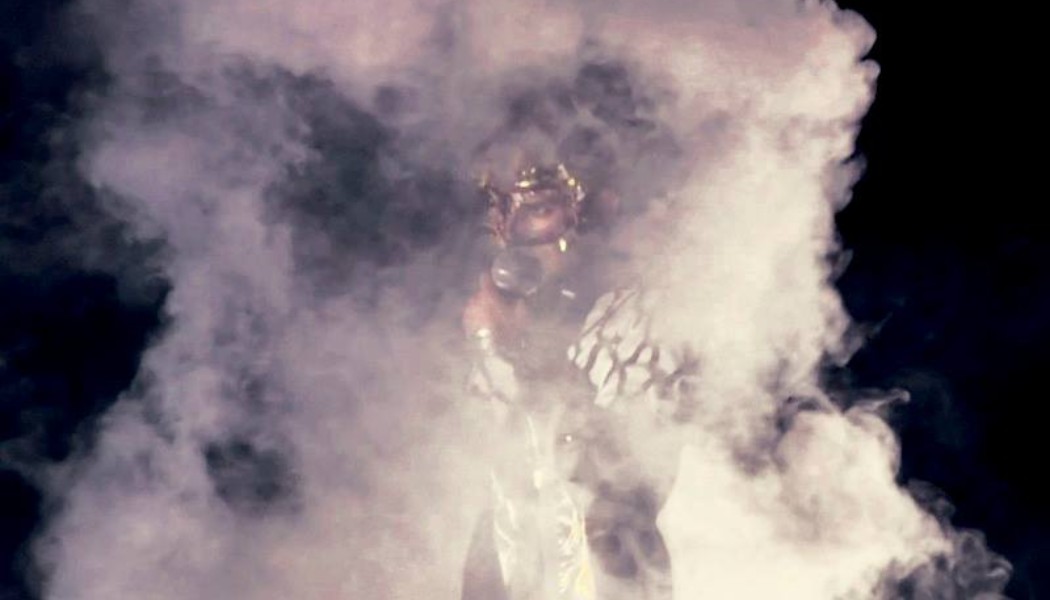 CHOKRA presents Zawaj Al Khaleej (Gulf Marriage), a futuristic, hyper-glamorous, and hybrid cultural rendition of an Arabian Gulf marriage ceremony. This one-time-only performance-happening imagines, as described by CHOKRA, the “social practice of marriage in an effective dissolution of separatists gender customs and normalizing operatives.” A multi-sensory spectacle incorporating neon pyromania, brilliant pigments, aromatic spices, and world music exotica, this dramatization of a Gulf wedding accelerates through performance dynamics that collapse concepts of masculine/feminine, bride/groom, modesty, and hyperdrama. It is requested that the audience wear white.

Zawaj Al Khaleej was commissioned by Queer New York International through the André von Ah research and development grant for the 2013 festival.

About CHOKRA:
CHOKRA (Conscious Hoarding Of Kinetic Rage Associated) is a performance artist from the United Arab Emirates, currently based in New York. His multi-dimensional performances integrate multi-lingual rap rhymes in Arabic, Urdu and English; live surrealistic visuals; digital and analogue sound; algorithmic electronics; ceremonial attire from the Arabian Gulf; and a theatrical build of ceremony through engulfing explosions of bright pigment in brilliant hues.

About Queer New York International Arts Festival:
The second edition of the Queer New York International Arts Festival—a festival of contemporary performance and visual art that explores and broadens the concept of “queer” (in) art—will take place from Wednesday, October 23 through Sunday, November 3, at multiple venues throughout New York City. The 2013 festival features an exciting lineup of some of the most innovative artists of our time, many of whom are presenting their work in New Yorkfor the first time. QNYIA 2013 is produced and curated by Zvonimir Dobrović and the late André von Ah.

The 2013 festival is dedicated to the memory of André von Ah (March 20, 1987-September 11, 2013), co-founder and curator of QNYIA. A research and development grant supporting queer art has been established in his name.