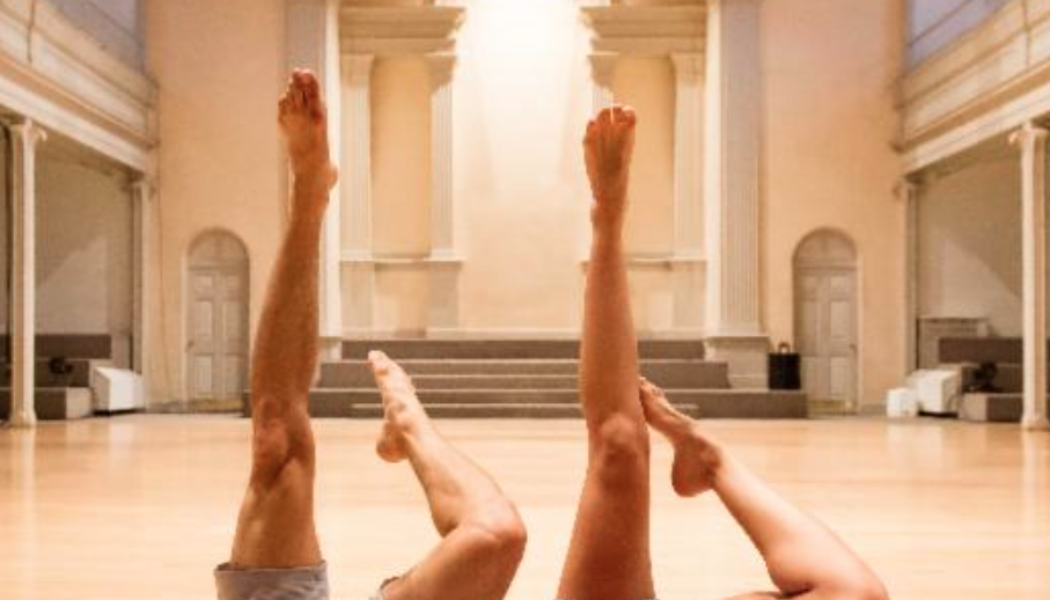 PLATFORM 2014: Diary of an Image by DD Dorvillier

Download a PDF of the calendar of events for PLATFORM 2014: Diary of an Image by DD Dorvillier

Danspace Project’s PLATFORM 2014: Diary of an Image by DD Dorvillier is a month of performances and events accompanied by a Danspace Project publication focusing on the work and practices of New York City and Paris-based choreographer DD Dorvillier. Danspace Project’s home inside of St. Mark’s Church will be the site for the creation of two new performance projects by Dorvillier – Diary of an Image and A catalogue of steps. In addition Dorvillier has invited artists closely associated with her work and history: Katerina Andreou, Oren Barnoy, Walter Dundervill, Heather Kravas, Jennifer Lacey, Jennifer Monson, Nibia Pastrana, Sébastien Roux, and Elizabeth Ward to perform solo works of their own in one-night-only performances. Dorvillier’s artistic collaborators for the new work Diary of an Image include Zeena Parkins, Katerina Andreou, Thomas Dunn, and Olivier Vadrot. “DD Dorvillier is an inexhaustible philosopher-choreographer open to and living through the world,” writes Danspace executive director Judy Hussie-Taylor in the forthcoming Danspace-published Diary of an Image book. “While this Platform is not a retrospective, it provides an opportunity to experience vivid fragments of a singular artist’s past and present worlds.”

Dorvillier is a two-time Bessie Award-winning choreographer and recipient of the 2013 Doris Duke Performing Artist Award for her groundbreaking work over the past two decades. She has created pioneering choreographic work that challenges the definition of dance and choreography in New York City and abroad. “Dorvillier’s choreography mines these limit conditions (of representation, of media) to effect perceptual, emotional, conceptual disturbance in the ways we apprehend dance,” explains performance scholar Jenn Joy in an essay published in the Diary of an Image book.

As part of Danspace Project’s Choreographic Center Without Walls (CW²), Danspace continues to look for new ways to reveal multi-faceted processes in contemporary choreographic practice. Danspace Project’s PLATFORM program is a series of guest artist-curated programs that are part of the Choreographic Center Without Walls. As a framework for Danspace’s presentations and commissions, CW² aims to examine and discover ways of providing context, curatorial support, and space for choreographers and their works. The CW² and its PLATFORM series receives major support from The Andrew W. Mellon Foundation, the Doris Duke Charitable Foundation, and the National Endowment for the Arts.