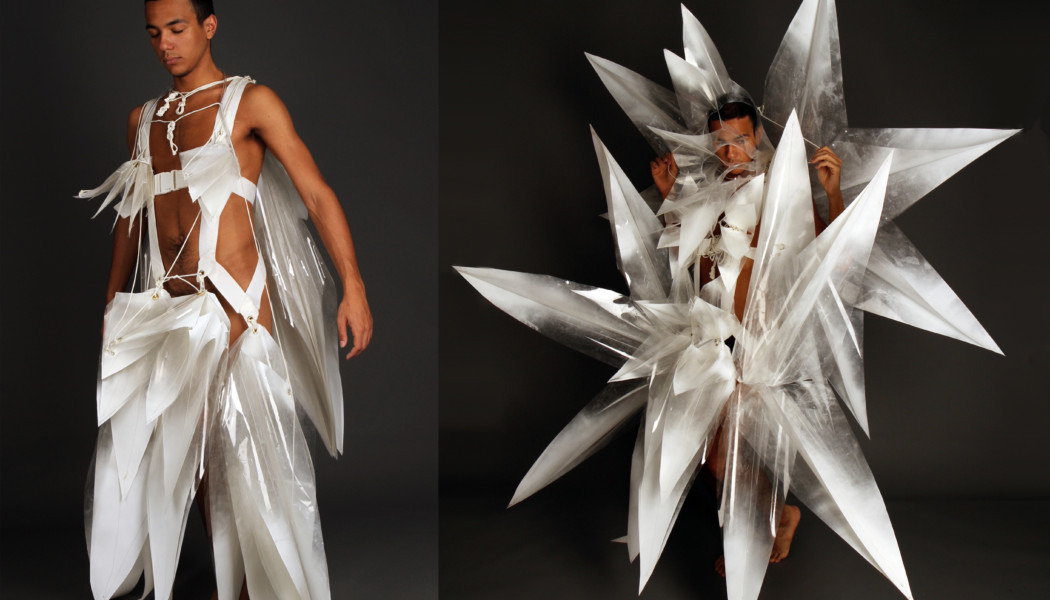 Armando Lopez-Bircann (1990) is an interdisciplinary artist currently focused on performative, wearable sculpture and the ceremonial display of identity. He was raised in Dominican Republic and moved to the U.S.A. where he received his BFA in Fine Arts from the Corcoran College of Art + Design in 2013. He is co-founder of the performance art platform Animals & Fire, which seeks to increase performance art literacy through workshops, site specific projects, exposure and exchange. The artist’s archetypes include the Space Geisha, Pretty Paradise Prince Panache and the ARLOBI brand.

Refraction 2 . Mixed Media . 2012 The wearable sculpture is engineered to mirror the plumage used by male Birds of Paradise for courtship. It packages the body with male flamboyancy, a characteristic thoroughly feminized in patriarchal societies. The performative sculpture is reliant on a performer for its activation. It unfolds through a ceremonial performance; sculptural actions of expansion and contraction in response to the audience’s gaze.