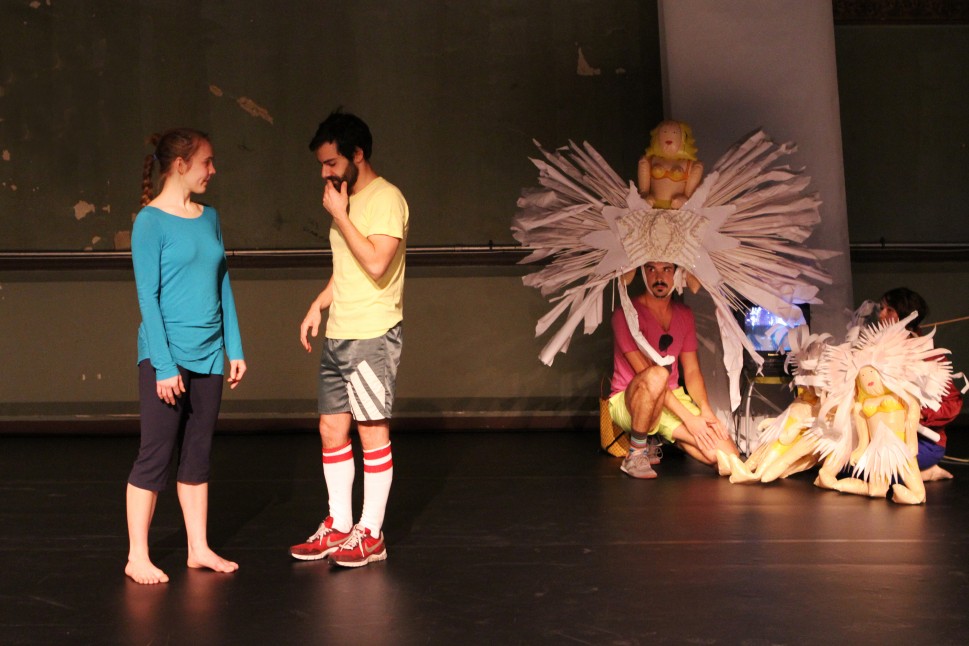 I am a theater artist and educator. I make process oriented works originating from personal histories and traveling outwards to performance through a game and rule-based approach to theater making. My works are located between highly structured improvisations with lightly applied cultural overtones, and performed transcripts of games played at rehearsals. I am interested in reclaiming the term ‘play’ as applied to theater away from the commonly held associations with the realm of children and amateurs, and towards an active and dynamic approach to engaging the rules we live by. I often choose to work in collaborative contexts in order to illicit the hidden rules I’ve made for myself. My primary tool and dominant mode of visual communication is the body in motion and its alternating and sometimes simultaneous roles as a performer, spectator, dancer, spiritual medium, speaker and listener. Through this journey, I display the simultaneous and sometimes contradictory truths of the body in space.

If an 80’s French graphic novel and a screw-ball buddy comedy met on a beach in Israel, went to a Happening together in the mid-60’s and conceived a baby there, that baby would be The DEEP, a multi-media performance by Run Shayo and Adrian Jevicki. In a mutable world of paper, plastic and vhs, the two men reduce, reuse, and recycle memories of erotic awakenings from their childhood and bring characters from these fantasies to life in the process. Curious about the connection between objects and memories as identity-makers, Shayo and Jevicki create a world that is part exhibitionism, part conversation, part re-enactment, part-dance, part video, part story-telling. part audience participation, part puppet show, and part incantation. The DEEP, as such, is a theater of parts and is ultimately about the glue that two men need to keep it all together.