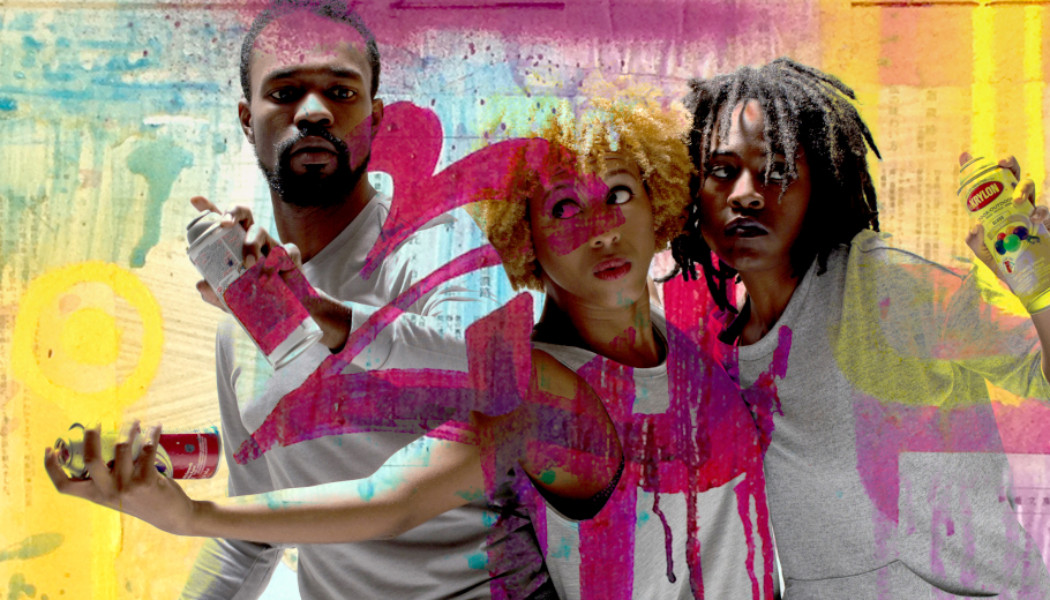 The late artist and theoretician, Rammellzee (alternatively RAMM:ΣLL:ZΣΣ,) identified in his philosophy of Gothic Futurism the power of language and the alphabet itself as both a tool of oppression and liberation for marginalized communities. Through his practice as a visual and performance artist, graffiti writer, and hip-hop artist, Rammellzee is generally regarded as a fundamental figure in the movement of Afrofuturism. Renegade Performance Group’s The Inscription Project, the first in a series of Afrofuturist pieces pays tribute with intelligence, grace, and courage to the legacy of Rammellzee and relates his theories of language and representation to the disturbing realities many communities, particularly people of color, continue to face in America.

In many ways the performance stages the use of graffiti as both a tool of protest and reclamation of language and physical space by the disenfranchised. Utilizing deliberately confrontational compositions between performers, choreography that is as aerobic as it is deliberate, and an elegant, interactive media design the audience is presented with the origins of graffiti as an art form, the internal conflicts of its use within marginalized communities, and the continued need for such expressions in a new age of protest and brutality. Projections of the protests in Ferguson, Missouri at center of the work underline this present importance, and transform the can’s of spray paint in the performer’s hands simultaneously into the tool of expression, and weapon of the oppressing forces. Utilizing an ensemble of primarily female performers, choreographer, André M. Zachery, makes the work’s themes of empowerment even more explicit as women have often found the forms of hip-hop, graffiti, and breakdancing utilized in the performance lacking in representation for them.