In Performance: Lola Arias, Minefield (Out There Festival) 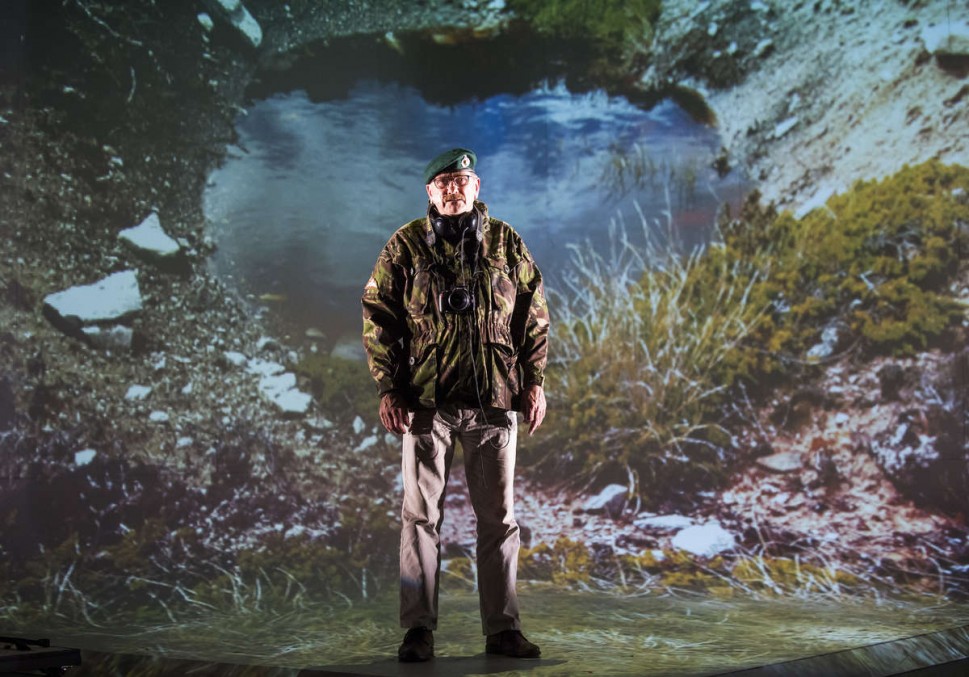 Minefield gathers veterans of both sides of a war. However, it may as well be two different wars, as we come to learn that people from the two countries involved hold wildly different view on everything from the name of the conflict to the reason for fighting to the reception of the homecoming troops.

Lola Arias has brought together a cast of six veterans of the Falklands War (aka the Malvinas War aka Guerra del Atlántico Sur), three from the UK side, three from the Argentinian side. The piece is as much about the veterans’ process of coming together to make Minefield as it is about the war itself. These foes have turned friends.

Of course it’s not easy to reconcile one’s experience with the enemy to the reality of a single human who is an artistic peer. The performers don’t stint from sharing some ugly bits of humanity. One soldier recounts the casual racist slurs he and fellow soldiers used on their transport to the war, eager for blood. Another describes the horror of watching his friend die on the road to surrender on the last day of the war. Another remembers thinking for years after the war that if he met a Gurkha, one of the famed Nepalese soldiers who fight for the UK, that he “would kick his ass,” only to later encounter one, performer Sukrim Rai, as a castmate for this project.

The veterans use fragments of their own pasts– a scrap of standard-issue blanket, magazines a soldier’s father bought during the war, the long knife known as a kukri, old photos of themselves as young men, diaries from the rehearsal process– to add texture to the ever-changing landscape of video that locates us in various times and places. Miniatures and maps, too much like toys or pawns, describe this encounter or that, memorably when an Argentine recounts his comrades foraging for food at a house near where they were stationed, only to meet with tragedy. Masks allow the performers to stand in as their countries’ respective heads of state, unreal figures at once grotesque and terrifying. Music, too, plays its part in transporting us through time, from old marching songs to wild cries of catharsis spoken in electric guitar and drum set.

Minefield is saturated with real experience, bringing the lived truths of these veterans into a sparse and intensely theatrical setting in order to let the contrasting stories bleed together into a mosaic of the conflict. Once the differences and similarities are both highlighted, it’s clear that though the war lasted only ten weeks, its effects still stretch through these soldiers minds, through them, onto the stage before us.