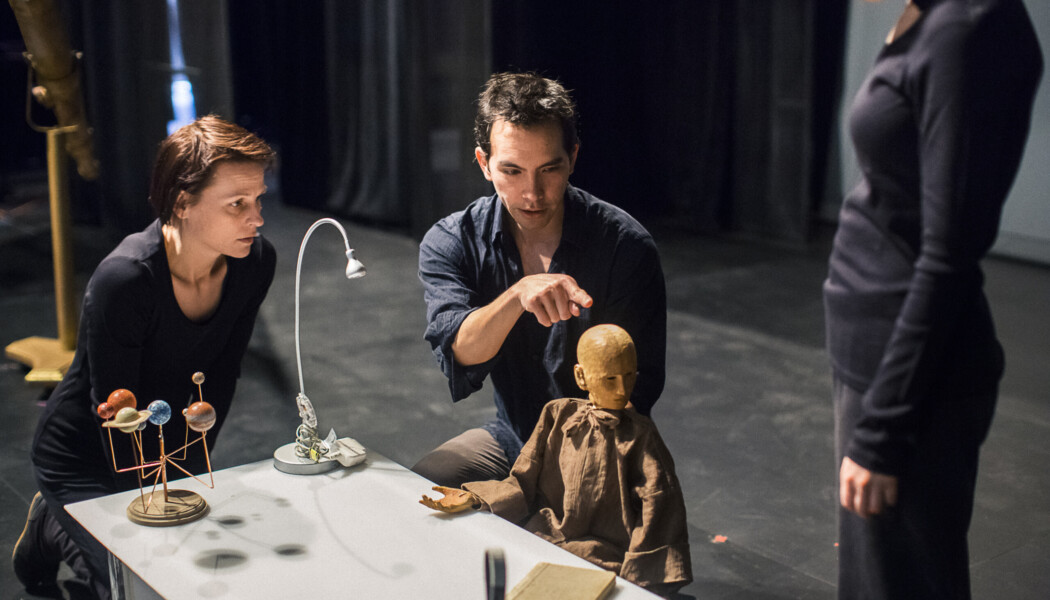 Born in Seoul, Korea and raised in Mililani, Hawai’i, Tom Lee is a director, designer and puppet artist based in New York & Chicago. Mr. Lee began his career at La MaMa Experimental Theater in New York with the encouragement of Ellen Stewart and, later, the St. Ann’s Warehouse Puppet Lab. His original puppet theater work includes Shank’s Mare (La MaMa, Japan Tour), Hoplite Diary (St. Ann’s, La MaMa), Punch of the Dead (St. Ann’s Puppet Lab) Odysseus and Ajax (La MaMa) and Ko’olau (La MaMa/Hawai’i tour).  Mr. Lee has directed & designed puppetry for Giants Are Small with the New York Philharmonic, the Prototype Festival production of The Scarlet Ibis by Stefan Weisman and David Cote and for the National Asian American Theatre Company, among others.  Mr. Lee collaborated with director Stephen Earnhart on a multimedia staging of Haruki Murakami’s The Wind Up Bird Chronicle, for which he designed the scenery, puppetry and projected puppet miniatures.  This production was featured at the Edinburgh International Festival in 2011 and the Singapore Arts Festival in 2012.

Mr. Lee has performed extensively with other companies in New York, including War Horse at Lincoln Center Theater with puppetry by the Handspring Puppet Company of South Africa. He is a principal puppeteer of Cio-Cio-san’s child in the late Anthony Minghella’s production of Madama Butterfly at the Metropolitan Opera with puppetry by Blind Summit Theatre.  Tom directed the puppetry for the Giants Are Small production of Petrushka with the New York Philharmonic on tour at London’s Barbican Centre and was a puppeteer in Le Grand Macabre with the NY Philharmonic at Avery Fisher Hall directed by Doug Fitch and conducted by Alan Gilbert. He has performed in Dan Hurlin’s Obie-award winning puppet work Hiroshima Maiden and Disfarmer, on tour and at St. Ann’s Warehouse in Brooklyn.  Tom recently performed in Lee Breuer’s epic puppet opera La Divina Caricatura at La MaMa.

For more information on Tom Lee, visit his website.