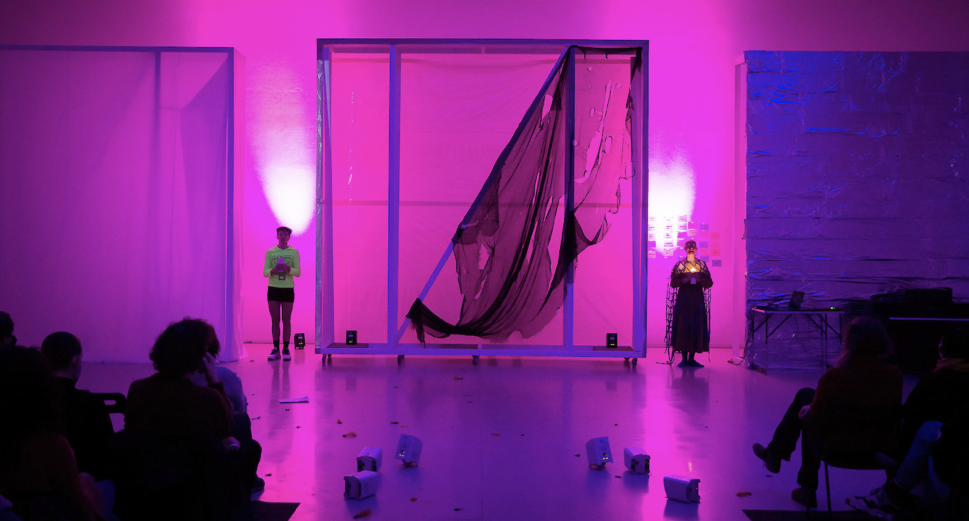 Tip the Ivy is the latest multidisciplinary opera by Colin Self. In keeping with the artist’s previous works, it foregrounds its own making as a collaborative group process. Originating from a manuscript, the work mutates through collective authorship by the five collaborators and at points even extends to the public joining XOIR, Self’s experimental methodology for group singing. Tip the Ivy relies on Polari – an underground, queer language created in the UK at a time in which homosexuality was punishable by law. The encrypted language embraces illegibility and opacity as unique forms of queer creativity, community, and survival. The opera echoes an aesthetic embodied by the story of travesti performer Vera De Vienne, who has performed in Europe for the last 50 years as a gender illusionist. Equal parts cacophony and symphony, call and response, catharsis and rehearsal Tip the Ivy’s energy is both deviant and joyful.