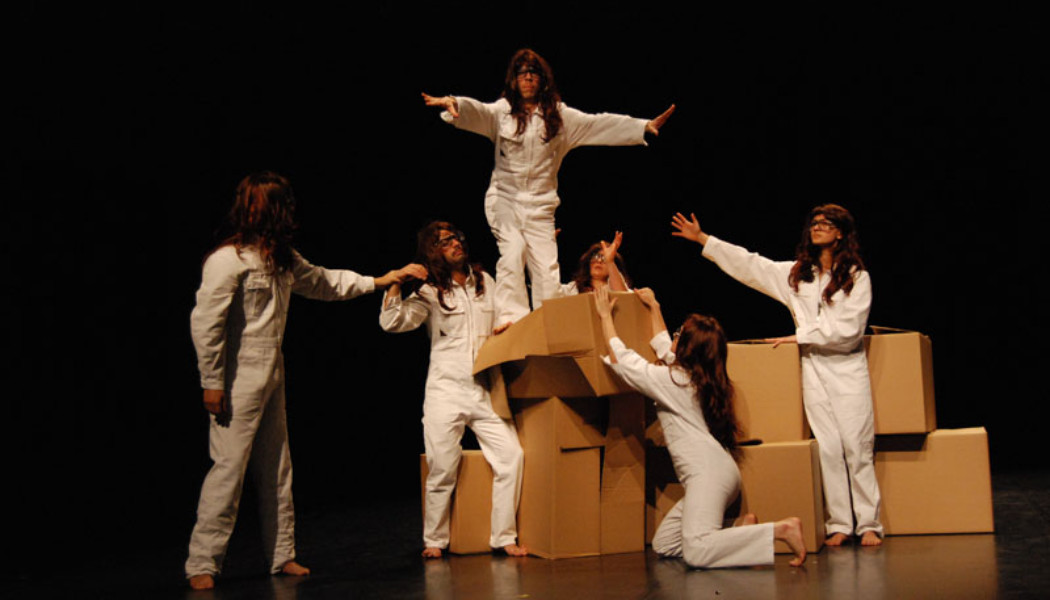 Jean-Baptiste Veyret-Logerias has been practicing singing since he was 10 years old, as well as choir leading for many years. In 2003 he was part of the vocal ensemble conducted by Pierre Calmelet which won the silver medal at the national competition of the Florilège Vocal de Tours International Choral Competition (FR).

He started dancing when he was studying linguistics at the university in 2000. In 2005 he became one of the first students of the new ‘Essais’ programme at the CNDC in Angers (FR) / artistic director Emmanuelle Huynh, where he was invited to develop his own ideas on movement and staging. In that frame he was an interpreter in many projects, such as My Country Music by Deborah Hay, of which he made a solo adaptation : acclimatation. He also started developing his own research and made chambre son, a choreographic and vocal piece for an a capella choir. During this course, he was also invited to give singing workshops to the students of the two-year training programme for professional dancers.

After finishing his formation in Angers in 2006, he kept developing his work. He made a performance on breathing with vacuum cleaners, inspiratoire/aspiratoire, and kept searching on choirs in movement with a choir of dancers-breathers, breathing choir, in Porto (PT), and a choir of children dancers-singers, Singing with Nicaoax, in Oaxaca (MX) in the framework of the international forum “Prisma”. Moreover he was part of collective works, such as Tout Court, on invitation by Tommy Noonan at Stadttheater in Freiburg (DE), and Five people at Campo in Ghent (BE) on invitation by Dirk Pauwels.

He has also been an interpreter and selectively participated in works such as Daddy, I’ve seen this piece… by Robyn Orlin (DE), Digging up by Superamas (AT). He has worked with artists such as Laure Bonicel (FR), Roser Montlló Guberna and Brigitte Seth (FR / ES), Daniel Larrieu (FR), António Pedro Lopes (PT), Tim Darbyshire (AU), Gui Garrido (PT), Hajime Fujita (JP)… And he assisted Daniel Larrieu on a performed conference about dance, La danse, j’aimerais bien mais…

He also collaborated with film makers such as Alain Escalle and Jonathan Desoindre (FR).

Since 2007 he has been an active member of the network Sweet & Tender collaborations.

In 2010 he was awarded the danceWEB scholarship to attend the ImPulsTanz festival in Vienna (AT).

chambre son, 2006 – choreographic and vocal piece for an a capella choir

acclimatation, 2006 – solo-adaptation of the ensemble piece My Country Music by Deborah Hay

breathing choir, 2008 – project around breathing with a choir of dancers/breathers initiated in Porto (PT)

Singing with Nicaoax, 2009 – creation and transmission project for a choir of children in Oaxaca (MEX)