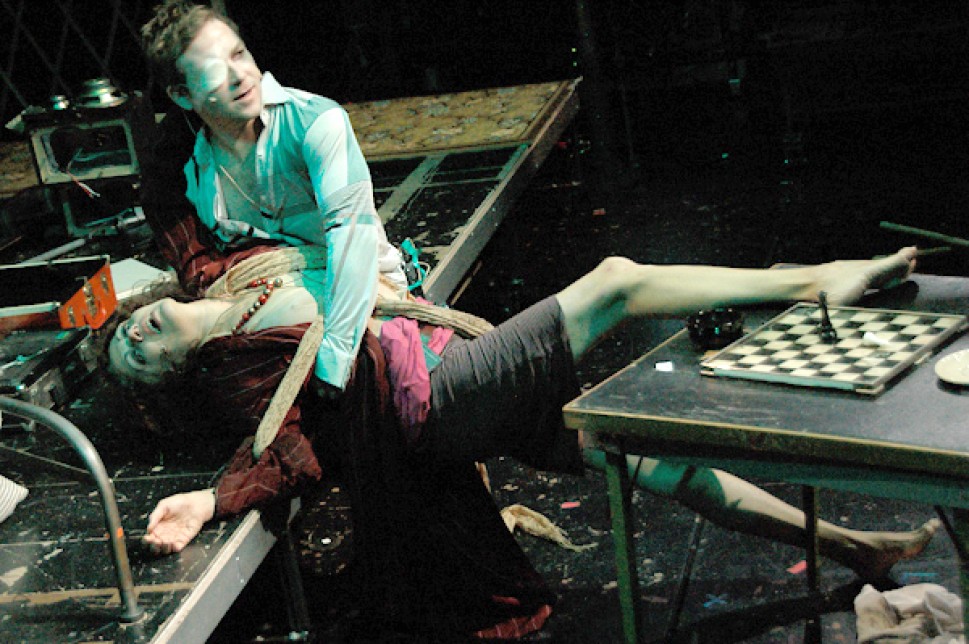 Like Williams’ first big success The Glass Menagerie, Vieux Carré is a “memory play,” set in the boarding house in New Orleans where Williams himself stayed as a young man during the Depression. The young writer, as narrator, remembers his artistic and sexual awakening there. Inhabitants of the house swirl up out of the writer’s mind as archetypal Williams characters, longing for release and haunted by thwarted dreams. In The Wooster Group’s version of Vieux Carré, the Group experiments with new modes of expression for Williams’ lyric voice.

Funded in part with generous support from the National Endowment for the Arts and the “Leading for the Future Initiative,” a program of the Nonprofit Finance Fund, funded by the Doris Duke Charitable Foundation.

More video from The Wooster Group –>