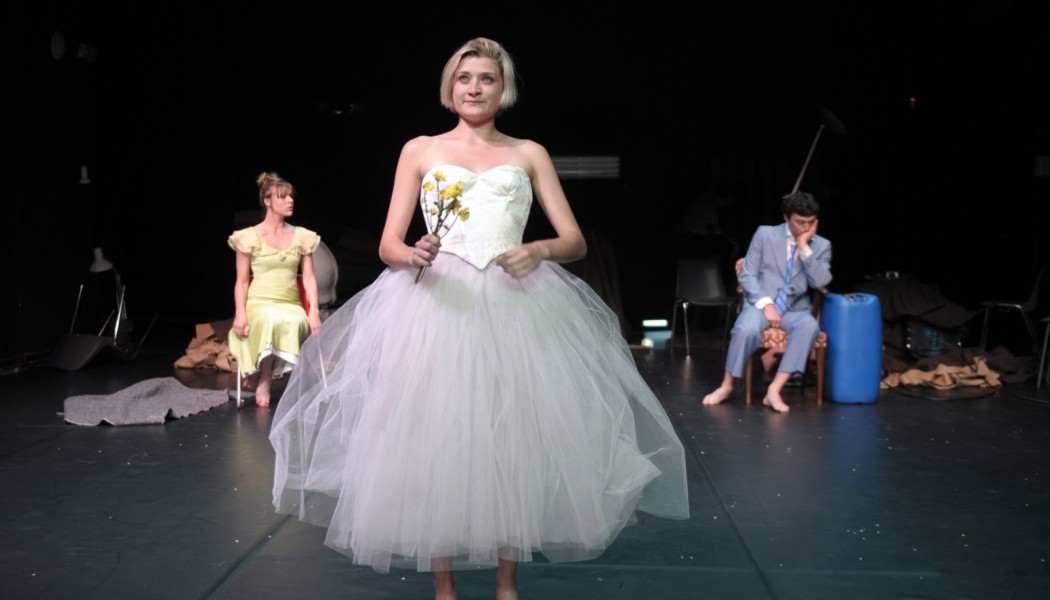 In “Heaven on Earth,” a new play by Chuck Mee, Witness Relocation will apply its unique, pop-culture dance/theater style to a show about civilization’s chances of post-apocalyptic happiness. The show is a co-production with French company ildi! eldi, recently seen in New York performing their piece “Vice-Versa” in the Under The Radar Festival

Witness Relocation combine dance and theater with the energy of a rock show, exploding contemporary culture into intensely physical, outrageous, poetic, and sometimes brutal performances. Charles L. Mee is an Obie-winning playwright who is recently best known for his work with SITI Company, for which he wrote “Orestes,” “bobrauschenbergamerica,” “Hotel Cassiopeia,” “Under Construction” and “soot and spit (the musical).” Mee was Signature Theater’s Playwright-in-Residence in 2007-2008.

“Heaven on Earth” is a collage play, written with Mee’s unique philosophy that all art is both received and created, so texts are taken from and inspired by other texts. It combs through history to reveal a quirky but simple realization: that hope is inextinguishable because in spite of the calamitous darkness when eras pass and civilizations collapse, happiness endures in the small pleasures of life.

This show is a production of Witness Relocation (USA) and “collective ildi ! eldi” (France). It is directed and choreographed by Dan Safer and co-created and performed by Abigail Browde, Heather Christian, Sean Donovan and Mike Mikos of Witness Relocation and Sophie Cattani, Antoine Oppenheim and Francois Sabourin of “ildi ! eldi.” Set and lighting design are by Jay Ryan. Costumes, props and objects are designed by Deb O. Sound design is by Ryan Maeker. Video design is by Kaz Phillips. The play is co-commissioned by Les Subsistances with major support from Etant Donnes.

Outside an abandoned school, a war rages. Inside, three kids have been performing an unsupervised rendition of King Lear for years. Further inside, the mad King debates the purpose of theater with his Fool, a licensed therapist.

The Nonsense Company, based in Brooklyn, NY performs new and innovative works of contemporary music and theater, with an emphasis on the musical use of speech in estranged contexts and the application in theater of techniques more commonly associated with music. The Company’s name is borrowed from Franz Schubert’s ensemble, die Unsinn Gesellschaft, who with radically spare resources spawned a revolution in the music and poetry of the nineteenth century.