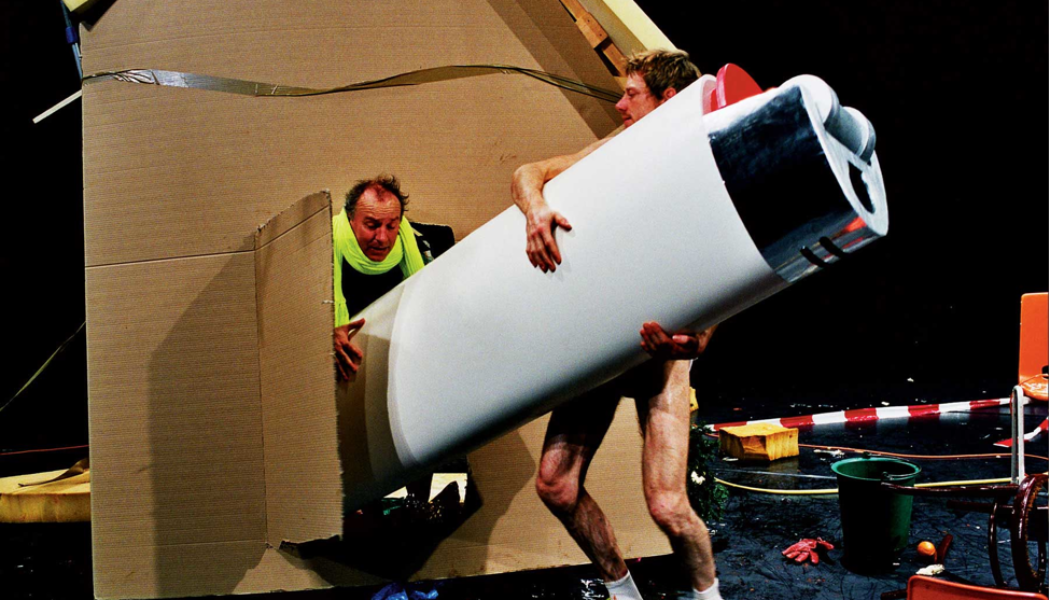 Following a little struggle with the door, a stark naked Benjamin Verdonck enters somewhat nervously with a candid Willy Thomas following in his wake. Adam and Eve, exploring an empty world which, in a series of object theater scenes, degenerates into an utter mess. However great the yearning for communication and construction, failure is constantly lying in wait…

“Twenty-six attempts preceded the present genesis, all of which were destined to fail. The world of man has arisen out of the chaotic heart of the preceding debris; he too is exposed to the risk of failure, and the return to nothing. “Let’s hope it works” exclaimed God as he created the World, and this hope, which has accompanied all the subsequent history of the world and mankind, has emphasized right from the outset that this history is branded with the mark of radical uncertainty.” – Benjamin Verdonck

Bio:
Benjamin Verdonck (1972) is an actor, writer, visual artist and theatre- maker, the latter both in the regular auditorium (Nine Finger, Global Anatomy) and in the public space (Bara/ke, a tree-house in the middle of the city; Hirondelle/Dooi Vogeltje/The Great Swallow, a 32m-high bird’s nest attached to a building). His work reflects a strong political commitment, not because it speaks out vehemently about the social reality, but because it relates to it with enigmatic images and gestures. It is radically disarming rather than pugnacious. ‘My work will soon be the ultimate pursuit of gentleness. Art is pointless but that is its highly subversive position and strength.’

2009 was devoted entirely to KALENDER (CALENDAR), Verdonck’s cycle of ‘actions’ in the public space. Indeed, the public space became the centre of his artistic practice for a year, beginning on January 3rd 2009. In the spring of 2010 KALENDER found autonomous expression in the white cube of the museum (KALENDER/WIT), in the black box of the auditorium (KALENDER/ZWART) and in a publication. This season Benjamin Verdonck takes the project a step further under the titleALTIJD KALENDER (CALENDAR FOREVER).