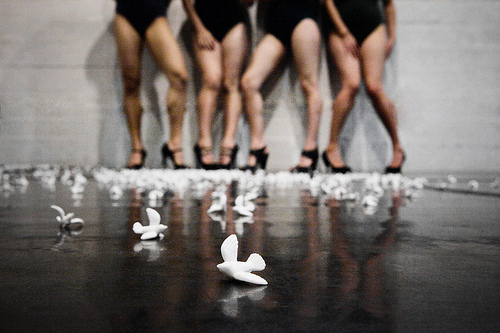 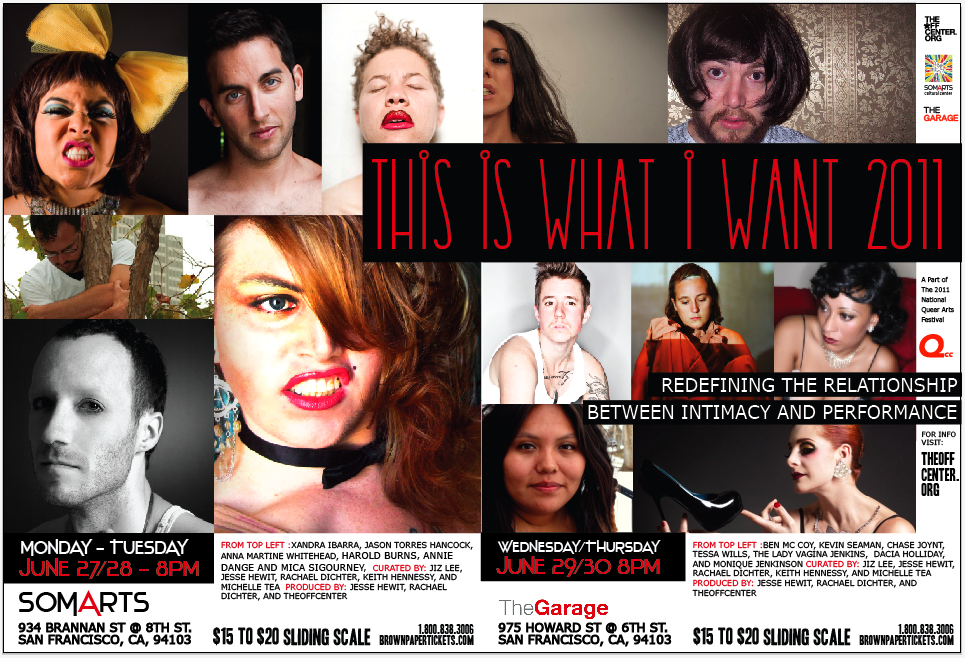 “This kind of work is always such a huge a risk. We are told–in so many ways and by so many forces–that in order for desire or sexuality to be the centerpiece of rigorous art, that it must be codified, symbolized, or in some way interpreted with cleverness or clinical language; that the feelings and mundane truths of it are not enough. THIS IS WHAT I WANT rather awkwardly breaks this notion in half, and emerges with projects that sit squarely in the very margins between sweet transcendence and reckless confusion…just like our blessedly complicated sexualities and our so often utterly simple wants.” – Jesse Hewit, festival founder and lead curator

Simply stated – This is What I want is a festival of new works by dance and performance artists, dealing with sex. Within this forum, a bunch of exceedingly smart and crafy artists get together and tell the truth about some things that they might not otherwise.

This is What I Want is a 4 day festival co-presented with support from SOMARTS and the The Garage. TIWIW is an official presentation of QCC 2011 National Queer Arts Festival.

THEOFFCENTER is proud to join Jesse Hewit and Rachael Dichter as co-producer in the 2nd year of THIS IS WHAT I WANT, a 4 day festival that is intently redefining the relationship between intimacy and performance.

From the first release of the curatorial statement and call for artists, this project has been charged. Within this theme (and within the consideration of performing this theme) there is density, trigger, confusion, risk, trickery, lying, and the telling of some serious truths. As creator and head curator Jesse Hewit stumbled through extensive discourse about this event; fielding complex and perhaps impossible questions about the intent and social necessity of such a project.

In Hewit’s words “In curating the artists for this year’s festival, we were reminded that the reasons for making performance work are as varied and complicated as the reasons for having (or not having) sex…as are the methods.”

62 proposals were submitted, of those 13 were accepted by the curatorial team. For those thirteen artists showing in this year’s program, acts of art-making and acts of sex collide. The result will be equal parts frank, ferocious, urgent, and of course tender.