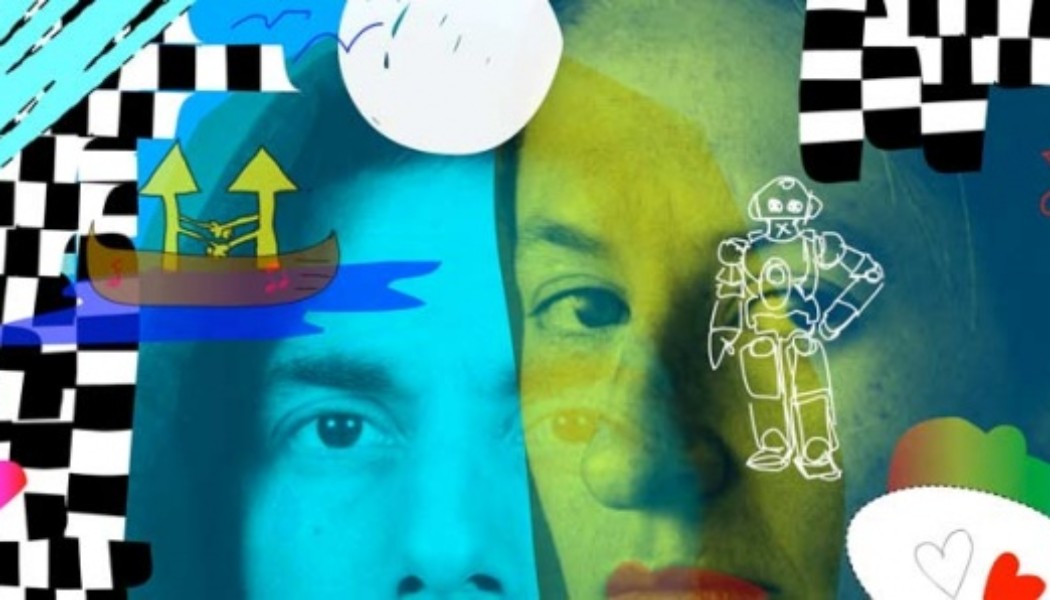 TOOL IS LOOT
A duet by Wally Cardona and Jennifer Lacey with Jonathan Bepler
The Kitchen
September 22—24, 29—30 and October 1, 2011

Image courtesy of the artist. Artwork by Adam-Shecter

The Kitchen will present TOOL IS LOOT, a new work by choreographers Wally Cardona and Jennifer Lacey with composer Jonathan Bepler. The duet, performed by Cardona and Lacey, is the culmination of what the artists describe as “a year-long collaborative, performance-based process of aesthetic disorientation.” TOOL IS LOOT features original music from Bepler and lighting design by Thomas Dunn. Curated by choreographer Yasuko Yokoshi, performances will take place Thursdays through Saturdays, September 22—24, 29, 30 and October 1 at 8:00 P.M. at The Kitchen (512 West 19th Street). Tickets are $15.

To create TOOL IS LOOT, Cardona and Lacey first worked apart, in the U.S. and France respectively, for one year. In each project (Lacey’s My First Time with a Dramaturg and Cardona’s Intervention) they first created an “empty solo”. Each artist then solicited weeklong encounters with individuals with skill sets far outside of dance: an astrophysicist, a sommelier, an architect, a film editor, a medical supply salesman, a kinetic sculptor, a baroque opera singer, an art critic, an acoustician and a social activist.

As artists specialized in studio and performance practice, Cardona and Lacey made their skills and creative environments available to each expert, voluntarily subjecting their aesthetic position to a barrage of assessment, opinions and desires from the “outsiders.” Each weeklong session ended with a public performance based on the empty solo with new elements under the aesthetic direction of the expert.

Now, as the two choreographers come together in TOOL IS LOOT, the identity of each artist is simultaneously undone and strengthened in a duet that carries the ghosts of aesthetic propositions that are not their own.

In the last 10 years, Wally Cardona has created projects of every scale, in a wide range of venues and festivals in the U.S. and abroad, including BAM/Next Wave, PICA’s TBA Festival, Helena Presents, International Festival of Arts & Ideas, the Cannes Festival and Dance Umbrella, London. Selected works include Everywhere (2005)—a work where all action was shaped around 300 objects, and vice-versa, with Phil Kline (composer) and the string quartet Ethel; Site (2007)—a work for wood, paper, tape and The Capital H.S. Band in Helena, MT; A Light Conversation (2008)—a

designed to make itself completely available to an

outside eye or opinionphysical and recorded dialogue on aesthetics, ethics, love and commitment, performed in a 20×32 foot area, created and performed with Swiss/British artist Rahel Vonmoos; and Really Real (2009)— a “people piece” for 100 individuals, dancers and non-dancers.

Jennifer Lacey, based in Paris since 2000, has continually questioned the form a dance can take on. She has founded a number of highly regarded projects with ambiguous borders, including Projet Bonbonniere, a research and living project designed to rehabilitate Italianate theatres; Prodwhee, a disposable series of performances using the dance residency as currency; and Robinhood, a mythic and invisible performance with artist Cerith Wyn Evans. Lacey has collaborated extensively with visual artist Nadia Lauro. Many large-scale festivals around the world have commissioned the pair, including Lyon, Montpellier, Kyoto and Vienna. A monograph of their work, Diapositifs Choregraphiques, was published by the Press du Reel in 2007.

Jonathan Bepler is a composer who has worked largely on dramatic and cinematic scores. He achieved international acclaim creating soundtrack material for several works by visual artist Matthew Barney including Barney’s Cremaster Cycle films. He has sung title roles in operas, supervised sound installations, taught music and composed scores for dozens of other films. He has created works using a wide variety of materials, including 600 voices in the Herodeon Theater at the Acropolis, orchestral ensembles, children’s choirs, opera soloists, Foley artists, multi-channel installations, mobile soundtracks and butcher’s knives.

NY Times article about the production–>