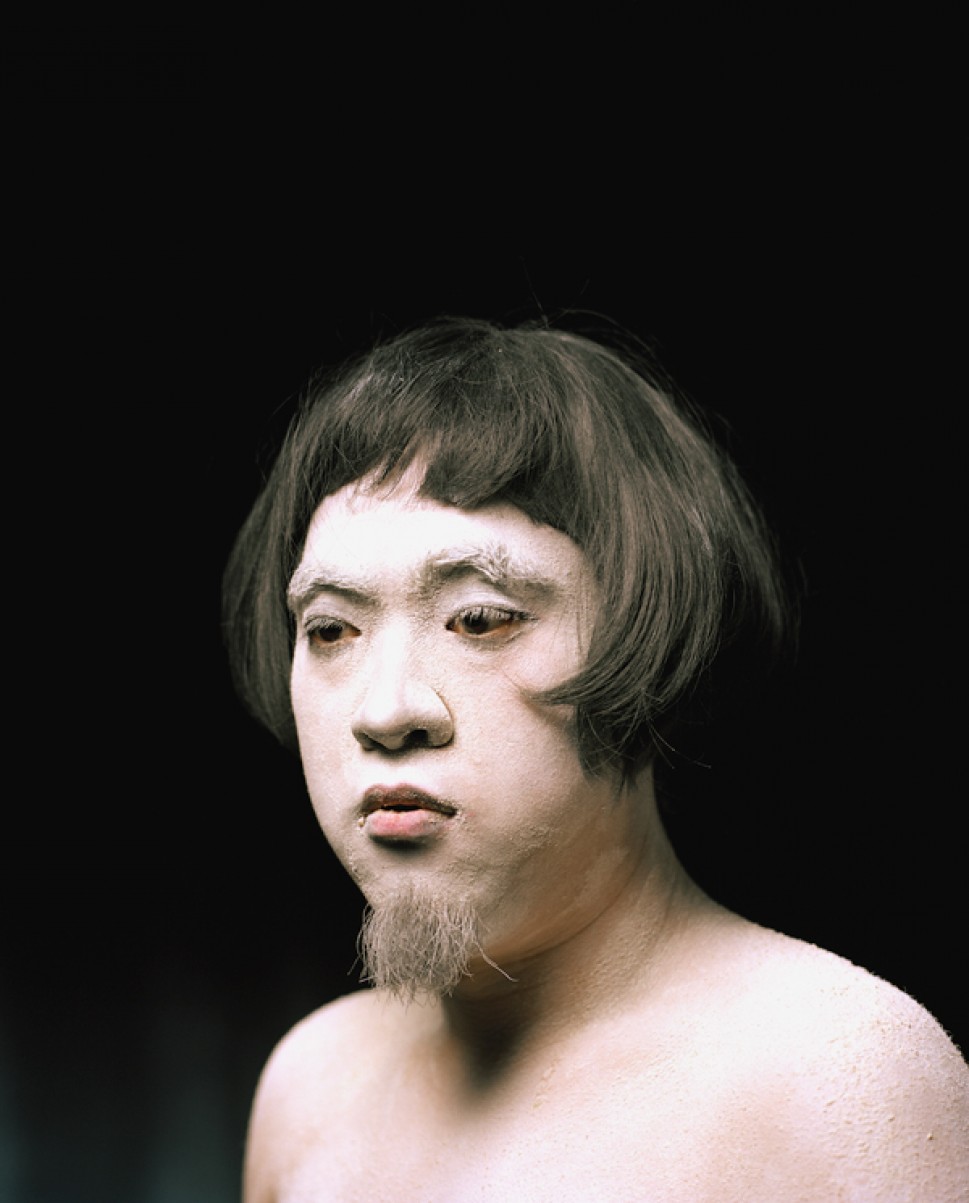 Shiyuan Liu is the director/creator of An_Ding_Men Performance Group. Her performative interest falls mainly in the field of meshing performance art with other mediums in order to challenge the definition of performance art. Currently focusing on transferring the minimal status of performance art’s essence through photography. Shiyuan Liu currently resides in New York and is finishing her MFA degree in photography at The School of Visual Art.

1. Can you tell us a little about your history and your performative concerns.

I was born in Beijing, China in 1985. And currently lives in New York. I learned ballet when I was at a young age, also practiced keyboard, photography and painting at the same time. My weekly schedule is filled with my many practices. It is hard to imagine a five-year old kid working in a dark room and doing leg-pressing everyday. Of course I hated it. But now, what I’m doing is mixing all the art mediums I learned before.

I always been interested in meshing two different art mediums together, or challenging their relations. Like merging performance, video and photography together. I don’t want to express anything by focusing one medium. But by seeing my work, I want to evoke in people their own imagination instead of me explaining it.

2. What projects are you working on now?

I’m currently creating a minimal status of the essence of performance art with still images. I have been trying to explore a way of making art in which the audience is satisfied by the emotion and the energy from it, not the concept. After I eliminated all the symbolic visual elements which convey the concept, I photograph only the poetic sentiment. In fact I believe, only the poetic sentiment is the real essential for an artwork.

For this current project, the audience should not view it with a common symbolic expectation because it’s not what I trying to convey. The discussion the photos instigate is about how the image itself works without the expression of a certain words or sentences

3. Tell us a little bit about your members?

I organized An_Ding_Men Performance Group in 2010. We have six members besides me (director).

Kristian Mondrup Nielsen is an excellent drummer, composer, and sound designer from Denmark. He has his own band called Kalaoukei. Also plays jazz, perform music for theater art and films. His new record will be released soon.

Zenghui Li is a humorous guy with a promising career as an actor and musician.

Grant Li got his BFA of graphic design from Central Academy of Fine Arts in China, currently work in Italy. One of his passions is street dance and he’s one of the top dancers in China. The stillness of his artwork is a huge contrast with his hobby.

The last piece I saw was Robert Wilson’s The Threepenny Opera at BAM. It was the first time I seen his work, which is really different from seeing the still pictures. The pictures are more about aesthetic and always serious. However, the performance is narratively driven and had a good sense of humor.