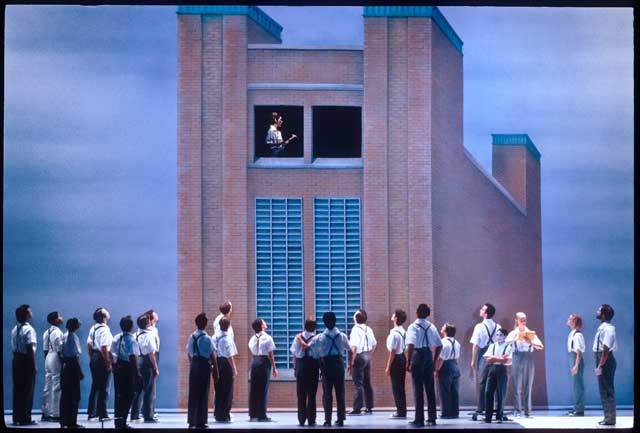 Widely credited as one of the greatest artistic achievements of the 20th century, this rarely performed and revolutionary work launched director Robert Wilson and composer Philip Glass to international success when it was first produced in Avignon, France in 1976, with subsequent performances in Europe and at the Metropolitan Opera. It is still recognized as one of their greatest masterpieces. Now, nearly four decades after it was first performed and 20 years since its last production, Einstein on the Beach

will be reconstructed for a major international tour, including the first North American presentations ever held outside of New York City.

Prior to the production’s final technical rehearsals and world première in Montpelier, France, University of Michigan’s UMS will host the production’s creators, musicians, performers, and crew for three weeks as they reconstruct and rehearse the work for what is likely to be the final world tour designed and led by its original creative team. A rare chance to see a work of this scale in progress, these preview performances will be the only opportunity to see Einstein on the Beach in the Midwest.