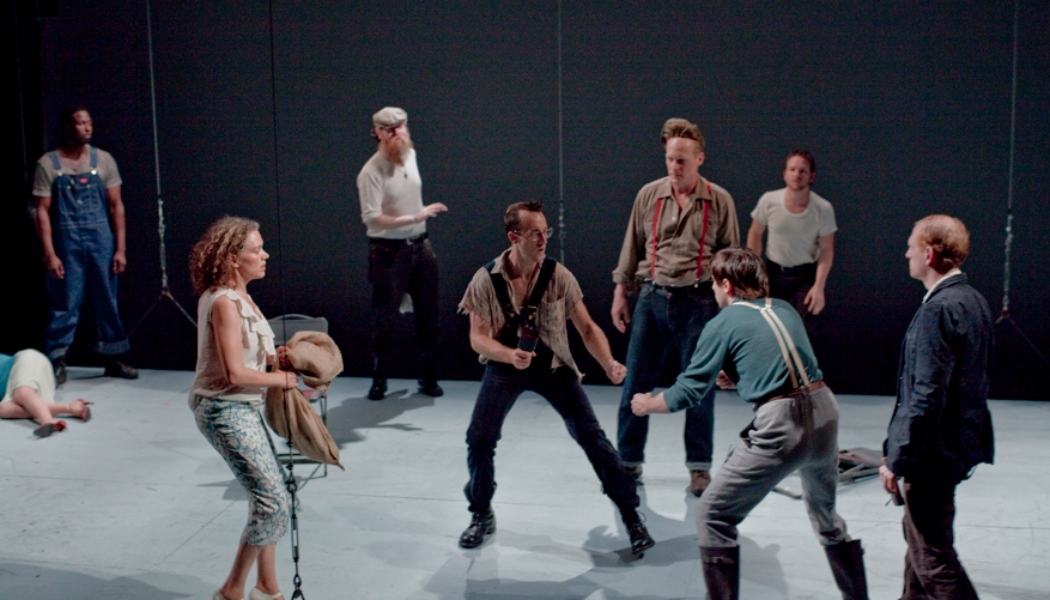 The Wooster Group has invited Richard Maxwell of New York City Players to direct Eugene O’Neill’s early “Glencairn” plays—Bound East for Cardiff (1914), The Long Voyage Home (1917) and The Moon of the Caribbees (1918). Early Plays takes O’Neill’s tales of sailors on and off the ocean as a base to explore themes of longing and eternity. Dark episodes showing the underside of turn-of-the-century maritime life—brawls, dances and carousing—are staged with a quotidian grace allowing these simple stories to resonate emotionally.

In the plays, O’Neill captures the voices of sailors from disparate nations, all shipmates on the British tramp steamer Glencairn. Early Plays explores this language — both in its starkness and its potential for musicality — in a series of scenes that are interspersed with original songs composed by Maxwell.

Richard Maxwell was pinpointed by Elizabeth LeCompte, director of The Wooster Group, to give these plays an inspired “re-mix,” realizing O’Neill’s beautifully romantic text in a sparse, modern, yet still mythic place.