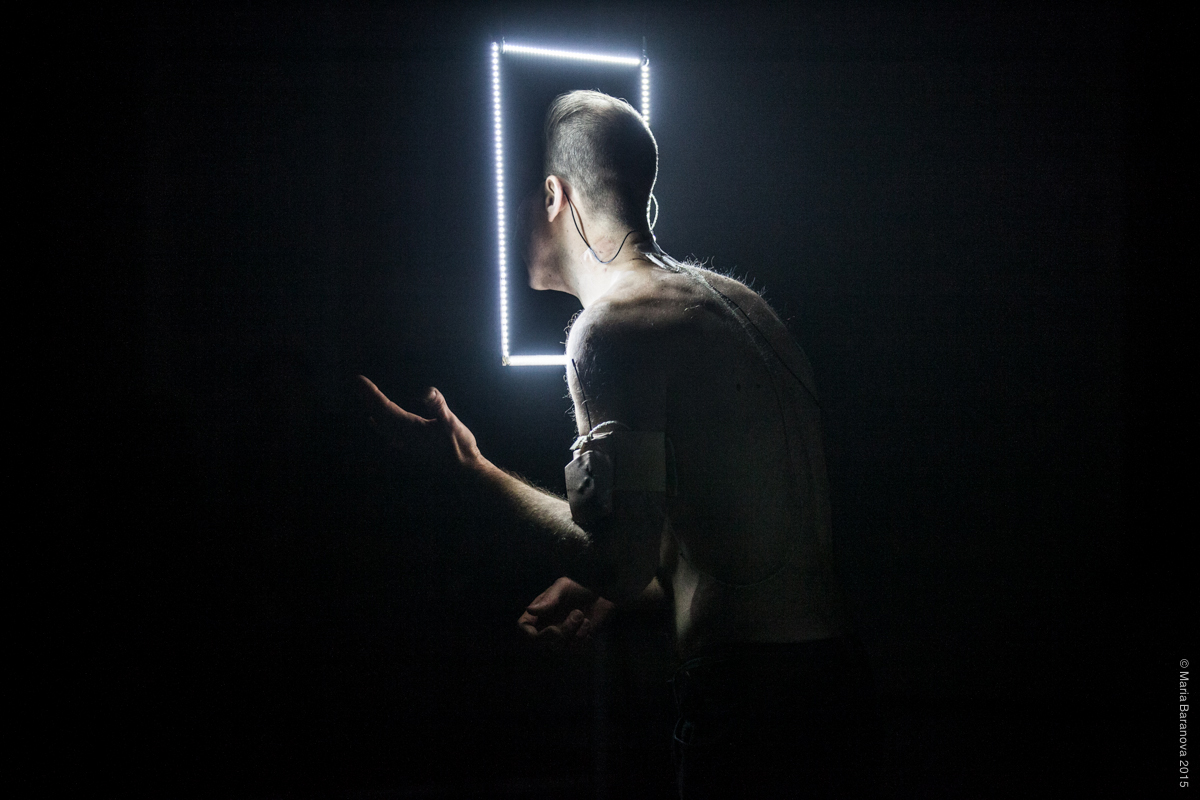 Putting James Turrell’s immaculate neon-and-fog aesthetic through a glitched-out performance art blender, Andrew Schneider’s latest virtuoso display of light and sound athleticism is a breakneck tour of quantum physics theory with a sudden and decisive turn toward the supernatural.

Schneider (who recently left his post as a performer and designer at The Wooster Group) performs with an assurance and fluidity that belies the sophistication of the mechanics behind his performance: an army of micro-controllers operating minutely tuned lighting and sound cues, characterized by extreme precision. Watching Schneider, the feeling is of witnessing an enormously complex machine executing a complicated task—and the machine is breaking down.

In Performance: Andrew Schneider, AFTER (Under the Radar)