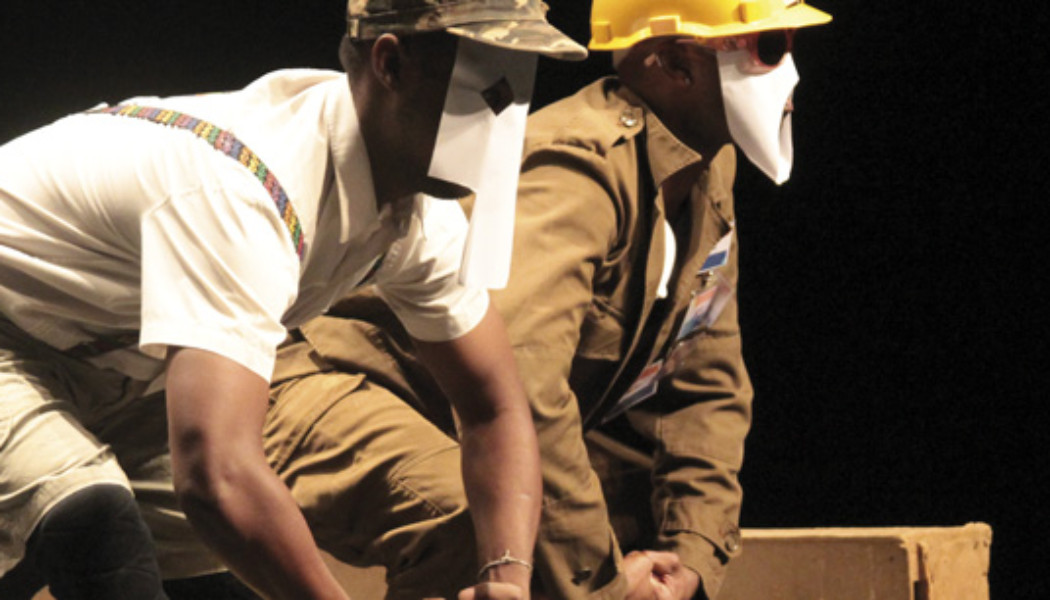 Alkantara is an association based in Lisbon, dedicated to the development of the performing arts in Portugal and in an international context. Its work is motivated by a worldview mindful of difference and a less Eurocentric vision of contemporary artistic creation.

Known until 2005 as Danças na Cidade (‘Dances in the City’), the association focused its efforts on the promotion of contemporary dance and the work of young Portuguese choreographers. Highlights from this period include the collaborative projects Dançar o que é Nosso (‘Dancing What is Ours’, begun in 1998) and the Danças na Cidade festival (1993-2004), an internationally relevant platform for the distribution of dance, recognized for its focus on new creators and spirit of artistic and cultural dialogue.

In 2005, the association changed its name to alkantara. The alkantara festival, an intense program of performing arts held in Lisbon, had its first edition in 2006.

A wide range of initiatives — including international meetings, a residency program, national and international co-productions, and research and publishing projects — allow alkantara to reinforce its position as a key player in the local cultural scene and pursue its objectives of promoting and distributing international contemporary art.

Because the value of transversality is at the association’s core, alkantara also leads various training and outreach programs, designed to bring diverse audiences into closer contact with contemporary art.

Since being ceded to alkantara by the Lisbon Municipality in 2008, espaço alkantara, a building located in Lisbon’s historic Santos neighborhood, has become the center of the association’s activities and a welcome challenge to its artistic project.

Below are Contemporary Performance’s Highlights. The full program can be viewed here.

In 1984 the Mozambique of Samora Machel and the South African apartheid state signed a non-aggression pact, with the intent to put an end to the support that each gave to the resistance in the neighboring country. The Inkomati accord (named after the Nkomati river that cuts through both countries) however remained dead letter, mainly because South Africa never really ceased to foment the Mozambican civil war.

The Inkomati (dis)cord is set up by Durban based Boyzie Cekwana and Panaibra Canda from Maputo. At the time the accord was signed, they were children, living at each side of the treaty line. Their performance refers to this failed “historical” agreement as well as to the river that lent its name to it. In an attempt to break through artificial borders and traverse territories, using their own bodies, skins, identities and histories, the choreographers explore the internalized colonial boundaries that still alienate shared histories and aspirations.

Panaibra Canda and Boyzie Cekwana are two pivotal names of contemporary dance in Africa. Besides having gained extensive international recognition for their work, both have set up local structures (Floating Outfit Project in Durban and Culturarte in Maputo) that are essential for the development of dance in the region.

“The Inkomati (dis)cord started as a response to a need we felt, as neighbors and Africans, to begin to pool our resources and tell our stories, from our perspectives, as opposed to that unyielding CNN paradigm of a continent in perpetual precarity.”

Two bodies meet in a playing field demarcated by fluorescent tubes lying on the floor. They stand facing each other diagonally like wrestlers, charge at one another and intertwine while trying to throw the other to the floor and pin him down. Or while trying to nestle up and cling to one another?

One thing leads to another. The collaboration between Meg Stuart, New Orleans born choreographer and one of the key figures in contemporary dance, and her Austrian counterpart Philipp Gehmacher originated in 2007 with the remarkable Maybe forever (shown that year in Culturgest). They found each other again in a research project for Sommerszene 08 in Salzburg. For this occasion they joined forces with Berlin based video designer Vladimir Miller. The three of them were so inspired by this collaboration they decided to develop the fault lines (2010) into a performance. the fault lines sets off as a highly physical confrontation in a contact duet resembling a controlled wrestling match. Stuart and Gehmacher manipulate and heal one another; fascinated by the vulnerability of the other, they search their fault lines and their bodies’ edges. They are then increasingly integrated in the world of images of video artist Vladimir Miller. He films both of them and rearranges, filters, exaggerates and edits the video live, until the events and the video projection visibly diverge. What starts as an intense physical interaction moves almost unnoticeably into a fascinating and uncanny video installation.

In Schwalbe Cheats the eight performers lose their selves in a game, moral boundaries gradually fading out. Who are we, when we’re driven into a corner? Or when we sense the other is weaker? Or when the other stops playing by the rules? You might try to bluff it out saying ‘it’s only a game’, but at that point it’s already too late to return to reality. What starts as a children’s game, gradually slides off into a gladiators’ battle.

Schwalbe are true masters in distilling their concerns and visions into an absolute simplicity of form, leaving the audience with ample headroom to fill in the multiple layers of their performances.
Just like in their former performances Schwalbe involve an ‘external eye’ to accompany their last rehearsal weeks. For Schwalbe Cheats they worked with Tim Etchells, renowned British theater maker (with Forced Entertainment), writer and visual artist.