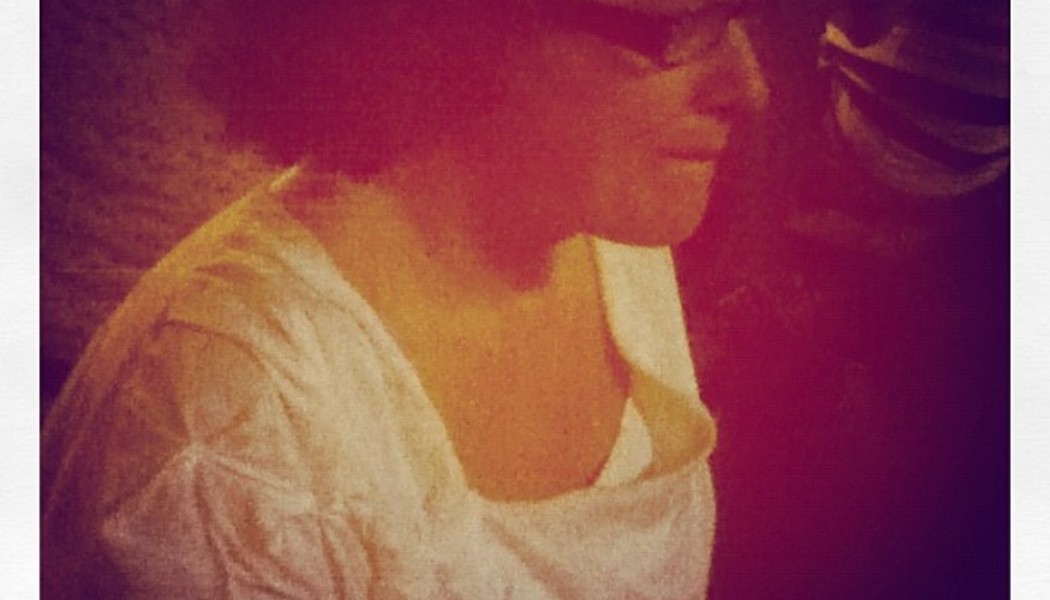 A couple of weeks ago, acclaimed Lebanese director Lina Abiad was in New York City to present her new work I.D. as part of Between the Seas Festival of Mediterranean Performing Arts. Written by Amahl Khouri, I.D. is a one-woman show dealing with the questions and realities of transgendered people in Lebanon. Poetic, hillarious, political and very human, the play is still a work in progress for the two artists who were excited to have it premiere in New York. A few days before their arrival, I had the opportunity to have an interview with them over email which brings out really interesting information about the show itself and the theater scene in Lebanon.

Tell me about the new work, I.D.: what was the inspiration for the piece and what is your creative process in developing it?
For me, ID is a continuation of a collaboration that I began with Amahl Khouri in 1996. She was one of the first student actresses I worked with upon returning to Beirut from Paris. After that, we had had parallel journeys, but on different continents. When we met up again in 2009, Amahl became my artistic collaborator and worked as Assistant Director with me on several plays. Amahl’s talent as a writer for ID has taken our collaboration to new dimensions.

Amahl is part of the LGBTQ community in Lebanon and is very interested in questions of gender. She also has a strong interest in documentary theatre. The dearth of new Arab plays, especially when it comes to a subject like that, creates the opportunity to write them. Which is what we did for ID.

We interviewed several people in Beirut who were trans or genderqueer with the intention of transforming their responses in a text for theatre. After that, Amahl wrote them up and I worked closely with her as an editor. We then selected which pieces we would perform for our Between the Seas production. At this point, its a very new effort and we hope to expand and develop it further. Between the Seas will be the first performance of the text, and ID is still very much a work in progress. There has already been interest from alternative venues in Beirut to receive the performance when we get back and we are excited about doing it in Arabic for local audiences. It may not be an easy topic but the function of theatre is to crash boundaries and question preconcieved ideas and to get to know the Other.

You have directed original works as well as classic/traditional drama. Can you tell me what attracts you to either style, what are the challenges when doing one or the other and how it changes your directing approach?
As part of my work, I’ve staged both classical European texts such as Lorca, Sophocles, Maeterlinck, Fo and Kafka as well as texts by Arab authors and original works, such as Algerian Miniatures and ID. The Arab authors who work I’ve staged dont necessarily write for theatre. Mohamad Al-Maghout and Issam Mahfouz are poets who occasionally wrote plays. I’ve also adapted works of fiction by Elias Khouri, Youssef el Khal and Ghassan Kanafani.

My directing style is quite eclectic; every text imposes its own mise en scene. With European texts, I feel I am in a dialogue with theatre history and with other theatre directors who’ve staged the text before me. When it comes to the texts of contemporary authors from the region, they are rarely staged and when they are, there isn’t any archival record of it. on the other hand, a lack of references means greater freedom during the creative process.

Can you talk a bit about the current theater scene in Lebanon? Based on your experiences, what are the differences in theater creation and the status of theater creators in Lebanon by comparison to Europe or the US?
There is a major issue that we need to address when comparing the current theatre scene in Lebanon to the theatre creation in Europe: very little financial support is given to the creators in Beirut – it is a very individual adventure. We get no support from the government, nor from the municipalities. Private sponsors are very timid and the culture of theatre sponsorship is not popular among banks and private companies. Private companies are not offered any tax incentive or reimbursements to donate either.

The Arab Fund for Arts and Culture has done a good job in partially funding artistic projects in the fields of theatre, cinema and fine arts in all Arab countries.

So it is a big struggle to do theatre, to maintain a certain continuity between a project and the next. A dancer I know sold his car recently to be able to fund his own show! But what will he have to do to produce his next show?

In these types of situations, people react differently. There are those who want to live from theatre and so they do commercial theatre, which is light and comic and attracts a crowd; its entertainment. Performances based on improvisations, stand up comedies and musicals are very popular and successful. They can find private sponsors more easily than others.

But there is also a very serious, experimental theatre led by directors who are striving to work against all odds, sometimes with great success: Issam Bou khaled, Rabih Mroueh are examples.

I am lucky to work at the Lebanese American University which offers me the possibility to stage a play every year which they fund entirely. I put on these plays on campus itself which has 2 very large and extremely well equipped theatres.

As part of the university’s programming, 2 major theatre productions are scheduled annulay, in addition to over 40 student productions. There is also an internation student theatre festival that takes places at the university each summer.

The Communication Arts Department, which is responsible for theatre programming on campus is over 40 years old. This heritage and the production possibility places LAU in a reputable position as an institution that offers continuity and an interesting overview of the kind of theatre possible in Beirut. It’s true that the theatrical stage is subject to censorship by the Lebanese State, but the university has always encouraged a freedom in its choice when it comes to subjects, forms and texts tackled by student directors or professors.

The university has even offered these teachers and students travel and tour with their performances as part of regional or international festivals.

Would you say then that there is enough interaction between Lebanese theater and theater abroad?

Due to the reasons mentioned previously- absence of systematic financial support- very few exchanges are possible. The exchanges that manage to occur happen thanks to personal initiative or exceptional situations- Avignon festival honored the Lebanese cultural scene few years ago. Also cultural centers here in Beirut such as the French, German and British, coordinate exchanges sometimes.

When it comes to regional festivals, there is a strong Lebanese presence, but these are made possible by personal initiatives or invitations from the festivals themselves.

You have just created a new theater company beirut 8.30. Can you tell me a bit more about your vision and goals with it?
Beirut 8:30 was created by a group of theatre makers who have been working together for few years now. We are actors, directors, puppeteers, designers, and writers and a producer. We work in a very collaborative non-hierarchical way, changing roles whenever necessary. Beirut 8.30 is an independent theatre company dedicated to expand the boundaries of theatre in Lebanon by producing new theatre to new audiences. Through its annual productions, staged readings, workshops, and social theatre outreach program, Beirut 8.30 promotes the art of theatre by bringing it to people and communities outside the mainstream. Beirut 8.30 will continuously seek to collaborate with local and global theatre practitioners and companies, always to the benefit of Lebanese theatre and its audiences.